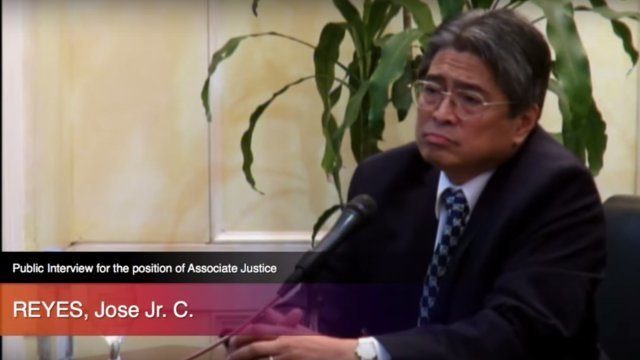 Facebook Twitter Copy URL
Copied
The latest appointee of President Rodrigo Duterte to the high court is set to take his oath on Monday, August 13

Reyes’ appointment was confirmed to Rappler by Special Assistant to the President Bong Go. Reyes will take his oath on Monday, August 13, said the presidential aide.

Reyes has been bypassed in many past appointments to the Supreme Court, but he finally gets the post this time over other reported frontrunners such as Court Administrator Midas Marquez.

Like Duterte, Reyes is a San Beda Law alumnus.

The Reyes appointment continues Duterte’s habit of appointing justices near retirement. Reyes is turning 68 years old in September, and will retire from the Court in 2020, which would open up another vacancy for a Duterte appointment.