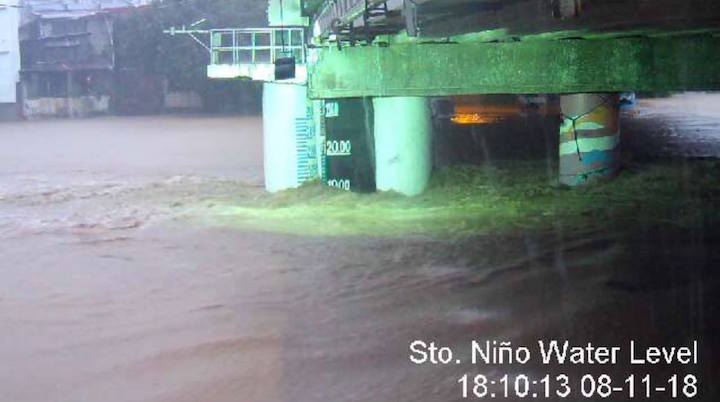 As heavy rains poured in Metro Manila, Rizal, and other parts of Luzon due to the southwest monsoon or hanging habagat, the Marikina River’s water level exceeded 18 meters shortly before 5 pm Saturday.

In a Facebook post, the Marikina Public Information Office said the water level had already reached 20.6 meters as of 9:58 pm.

The city follows a 3-stage alarm level system for the Marikina River:

Marikina City Mayor Marcelino Teodoro said in a CNN Philippines report that 800 families or 5,000 individuals have already left their homes as of 6 pm Saturday.

In a separate interview with DZMM, Teodoro advised Marikina residents to stay safe, as he observed that Saturday’s heavy rainfall was “similar” to the amount of rainfall during Tropical Storm Ondoy (Ketsana) in 2009.