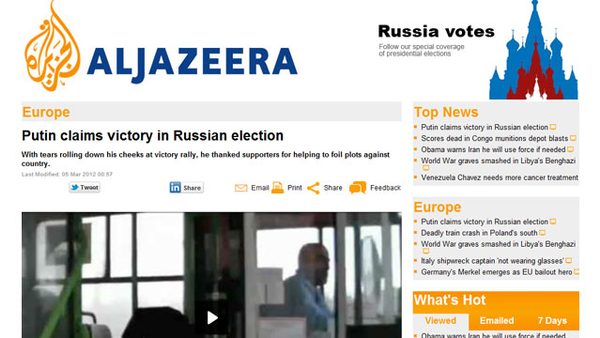 The political drama in Russia continues. Strongman Vladimir Putin cried during a speech in an early victory party on Sunday, March 4 (March 5 in Manila) as he claimed victory in the recently concluded presidential election.

“We have won. Glory to Russia,” he told supporters in a rally. After framing his campaign as a vote for “stability,” Putin is likely to return to Kremlin after a 4-year stint as prime minister.

His critics will likely highlight electoral fraud as a means of shining a light on Putin’s fading popularity and what they say is his illegitimate claim to power.

Note that this is the first election that Russians, especially the young, are turning to social media to express their dissatisfaction – or satisfaction – about their leaders.


View the coverage of Aljazeera and Russia Today