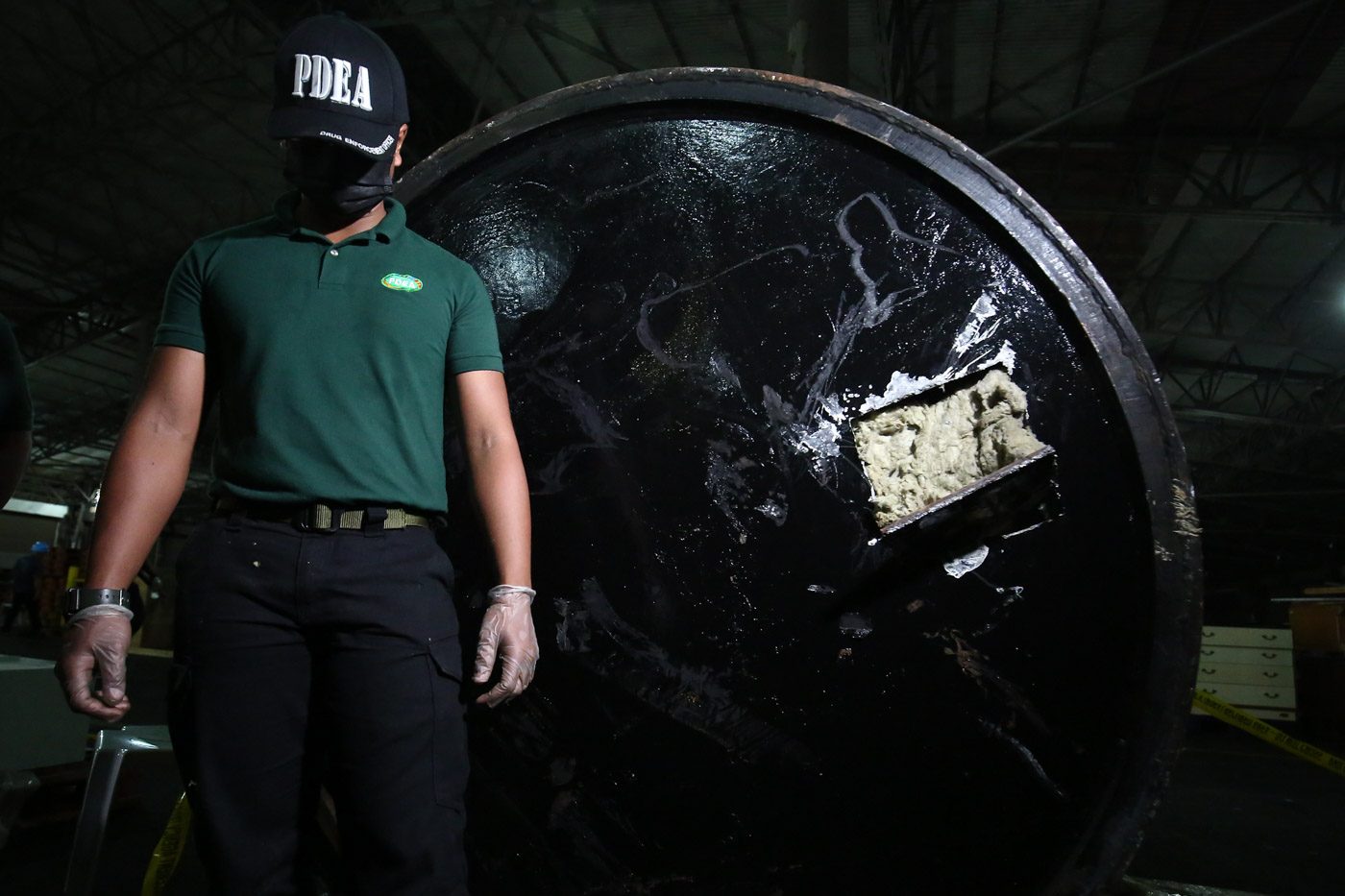 Facebook Twitter Copy URL
Copied
'Will our X-ray machine be able to detect it? The answer is no. The answer is no because of our machine,' says Customs X-ray chief Zsae Carrie de Guzman

Speaking to lawmakers in a probe on the alleged one ton of shabu (methamphetamine) eluding authorities, De Guzman said it was possible that the alleged shabu inside magnetic lifters were wrapped in lead and could have messed up their X-ray scanners.

“After consulting with [X-ray] experts, considering that what was found in Cavite, and pdea didn’t provide us with other details…We didnt know how it was packed, it could be that if it was really the same cylinders that went through Customs, at that time they could have wrapped it with lead that would more or less create a parang (sort of) bounce back effect that we won’t be able to see what’s inside,” she said.

Plastic, foil too: De Guzman also recounted that experts said that the way the intercepted shabu at the Manila International Container Terminal was packed could have passed by their X-ray machines without alarm.

“Because the packaging of the shabu was made in a brick-like position, wrapped in a foil, and then wrapped again with a ziploc, stacked inside that lifter. Our question was to the expert: If that passed through X-ray, will our X-ray machine be able to detect it? The answer is no. The answer is no because of our machine,” De Guzman said in a mix of English and Filipino.

The X-ray chief added that “there are other composition of metals” that big groups could use to trick their X-ray machines, and it wouldn’t be their personnel’s fault as they were only following procedures.

Reenactment sought: De Guzman made the announcement after lawmakers asked if it would be possible to do a reenactment of scanning the hollow lifters to see if its thick walls alone could trick the X-ray machines.

De Guzman said, however, that it would be unfair for the BOC to be pinned down with the reenactment because if they are up against big-time drug syndicates, they would know that there are substances that would bug their scanners. (READ: How P6.8-B ‘shabu’ slipped past PNP, PDEA, Customs)

Customs needs new machines: Because of this, lawmakers pressed whether the BOC would acquire more advanced X-ray machines in the future considering that tons of shipments arrive in the country every day.

De Guzman announced that at the moment, they only have high-tech scanners that would work against lead wrappers for handcarry-size packages and have yet to procure newer ones for their main ports. – Rappler.com