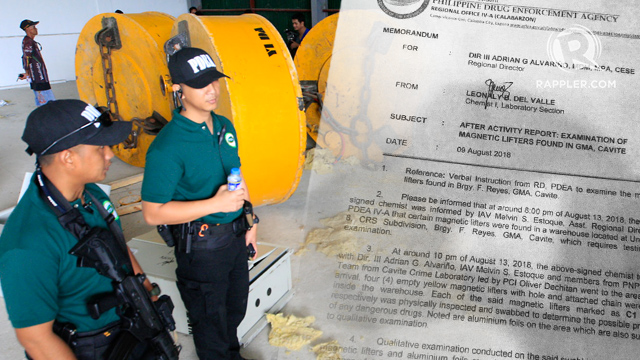 MANILA, Philippines – Was there shabu (methamphetamine) or not?

Philippine Drug Enforcement Agency (PDEA) officials have insisted that circumstantial evidence point to the magnetic lifters found in General Mariano Alvarez town in Cavite having contained illegal drugs, but the findings of its own laboratory showed otherwise.

Rappler obtained a copy of the PDEA laboratory report, which said: “Qualitative examination conducted on the said swabbings from each of the magnetic lifters and aluminum foils revealed NEGATIVE results to the tests for the presence of dangerous drugs.”

The report covers the 4 magnetic lifters presented by PDEA to the public on August 10, and which the agency had claimed carried around one ton of shabu before these were discovered.

The lifters were swabbed by the PDEA and the police’s SOCO only on August 13, the lab report said. (READ: Magnetic lifters found in Cavite test negative for shabu)

“Each of the said magnetic lifters marked as C1 to C4 respectively was physically inspected and swabbed to determine the possible presence of any dangerous drugs. Noted are aluminum foils on the area which are also subjected to qualitative examination,” the report said.

The report was prepared by PDEA’s own Chemist Leonaly del Valle, who was accompanied by PDEA Calabarzon Regional Director Adrian Alvariño during the swabbing.

During the August 10 press briefing – with the swab test not yet conducted – the only proof cited by PDEA was that its K9 dogs sat down after sniffing the containers. It’s a sign the canines sensed drugs, PDEA said.

Despite the clashing findings, the PDEA still stood by its conclusion that the lifters were packed with shabu. Its chief, Director General Aaron Aquino, even blamed supposedly corrupt customs personnel for the alleged smuggling. (READ: Duterte says shabu in magnetic lifters ‘pure speculation’) 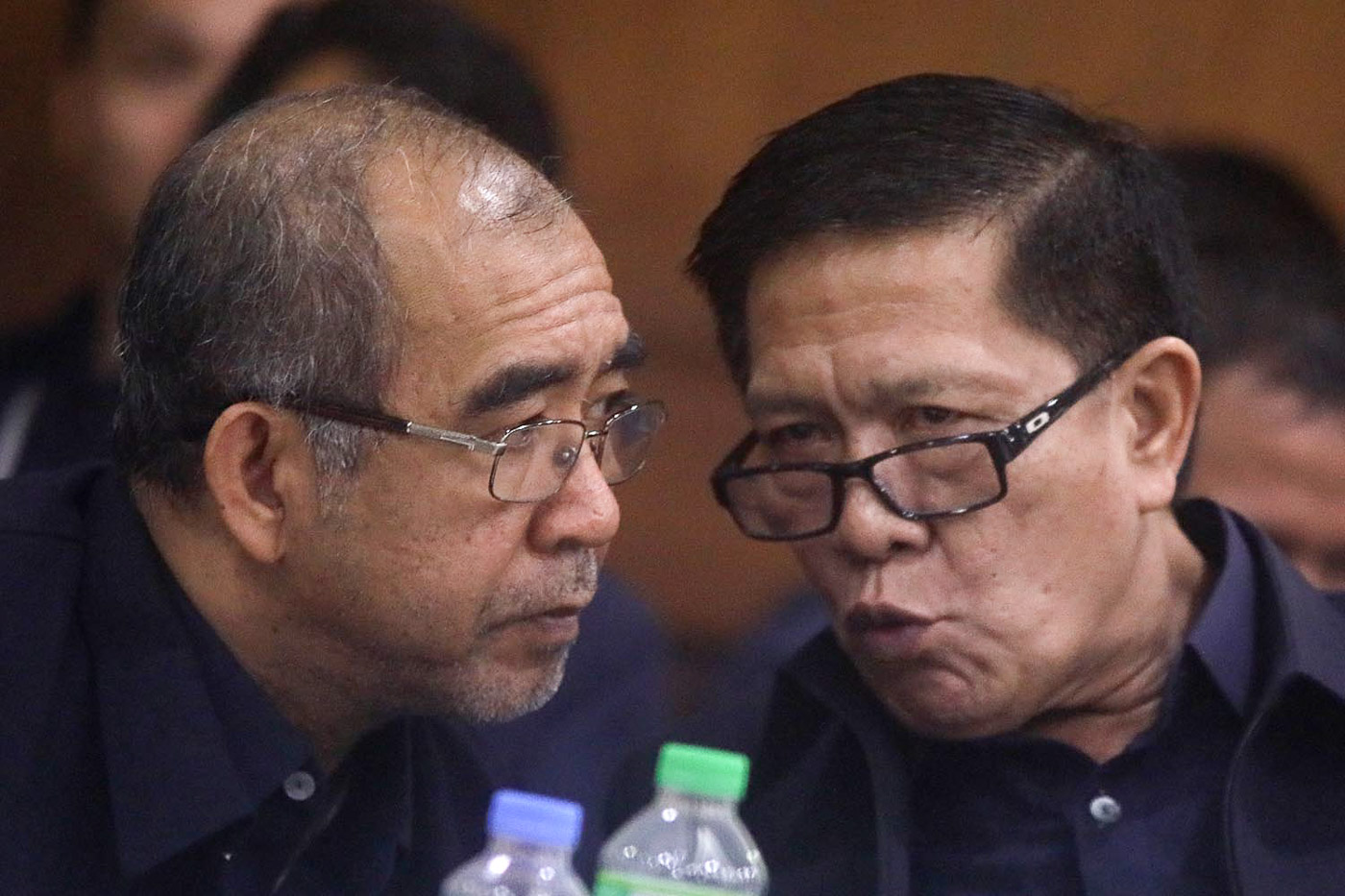 PDEA’s proofs are not just the dogs: During the August 14 House hearing on how the alleged shabu got past the authorities, PDEA deputy chiefs Ruel Lasala and Ismael Fajardo made a stand on why they still believe the lifters contained drugs.

PDEA chief Aquino was absent from the hearing as he had an out of town commitment to attend to.

Aside from saying that the lifters prompted their hounds to sit down, they said the Cavite lifters had similar wiring, size, color, and holes as the shabu-packed lifters found at the Manila International Container Terminal days earlier.

However, according to Antipolo 2nd District Representative Romeo Acop, a retired police general, similarities in appearances are not enough to establish links. Other magnetic lifters could look the same, he said.

The PDEA officials then pointed to their backtracking investigation, which has so far pointed to a certain Chung-Chun Hsu, an alleged drug suspect in Taiwan, as the person who rented the warehouse in Cavite where the lifters were found.

But then again, as Lasala admitted, their body of proof is still mostly circumstantial. Even the Customs’ outdated X-ray machines  could not produce a scan that supported PDEA’s claims.

Acop asked, “Which is more accurate, the [drug-sniffing] dog or the swabbing?”

Lasala hesitated, but then answered, “Swabbing sir, because it is scientific sir.” 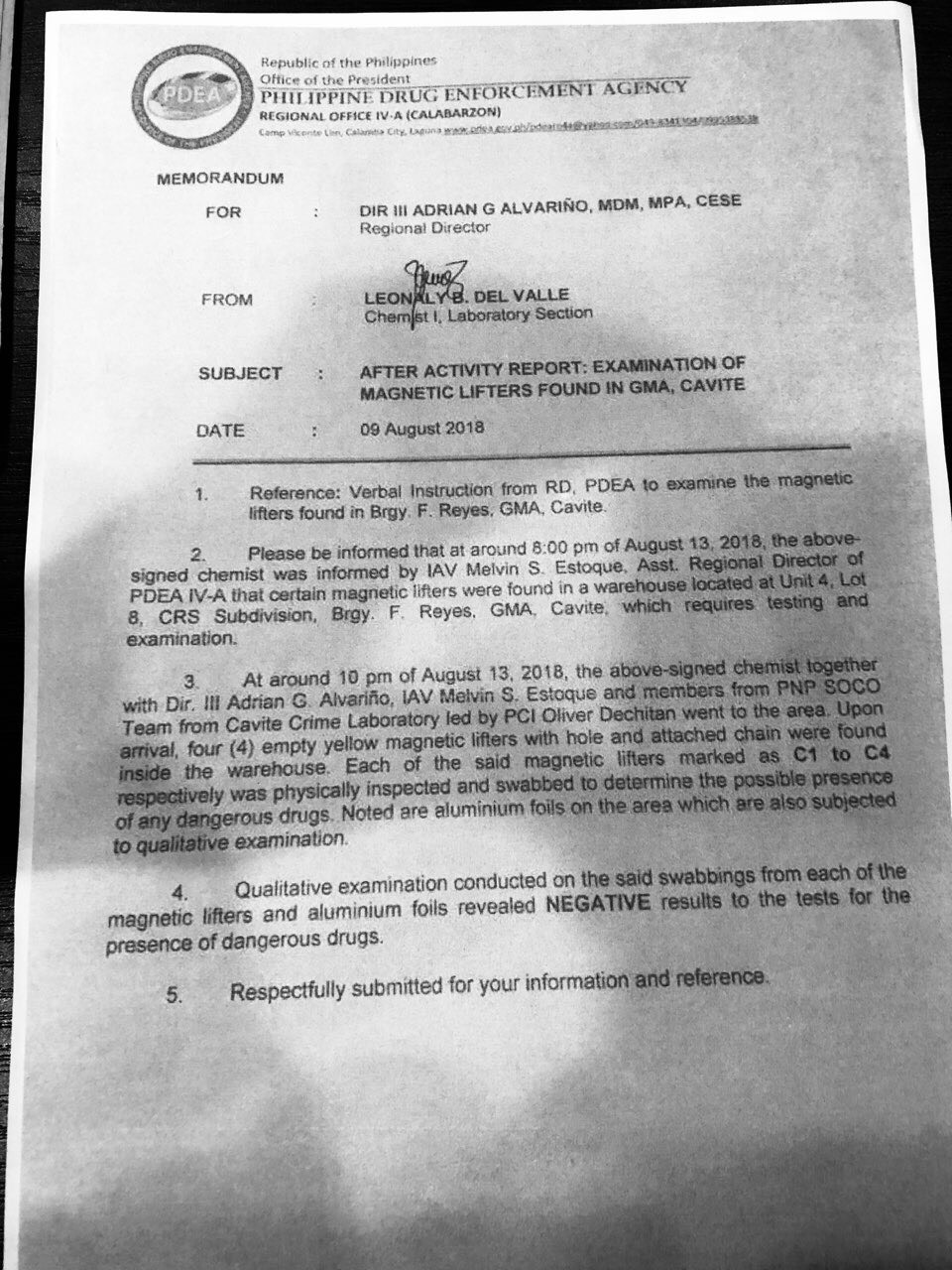