Duterte to PDP-Laban: ’Unity now more important than ever’ 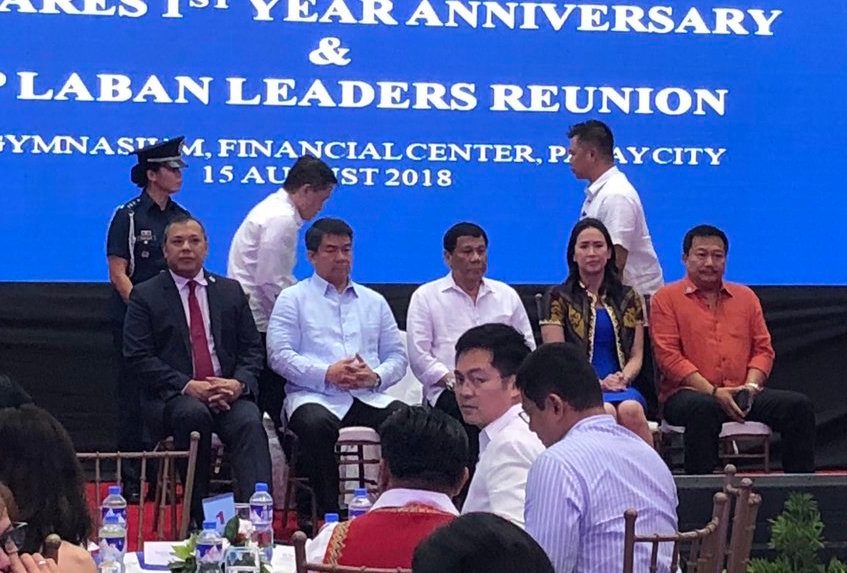 The party chairman made the call at the first anniversary of PDP-Laban Cares, the party’s civic arm, at the Government Service Insurance System (GSIS) gymnasium in Pasay City on Wednesday, August 15.

“As we go for reforms in this administration, our unity is now more important than ever. I therefore ask the continued support of PDP-Laban and its partners in creating practical solutions to address [the] root cause of our nation’s problems,” Duterte said.

Party leaders led by Duterte rallied behind PDP-Laban Cares and stressed its importance in helping victims of natural and man-made disasters.

“I join you today in celebrating this milestone not just as country president but as party’s national chairman…. In times of disaster, calamities and conflict, PDP-Laban Cares has been among the government’s reliable partners in responding to those in need,” he said.

“Your presence here tonight is the best exhibit of our united front,” the former House speaker said in his speech. “This commitment to continue caring is the clearest proof that we as a party remain strong as ever.”

The President earlier met with the two factions of his party: the group headed by Senator Aquilino Pimentel III and another one by Duterte’s classmate, lawyer Rogelio Garcia. (READ: PDP-Laban struggles for unity, survival ahead of 2019 polls)

Garcia’s camp earlier held a national assembly where they elected “new” party officers but retained Duterte as chairman and Special Assistant to the President Bong Go as auditor.

Pimentel, in turn, said Garcia’s group is composed of “expelled rogue members” and that necessary charges would be filed against them.

Another meeting is scheduled in September, ahead of the filing of Certificates of Candidacy and the Certificates of Nomination and Acceptance (CONA) for the 2019 elections.