Aug 20, 2018 10:51 AM PHT
Pia Ranada
Facebook Twitter Copy URL
Copied
(UPDATED) NAPC Secretary Liza Maza says she is resigning to protest the cancellation of peace talks with communists and the return to power of the Marcoses 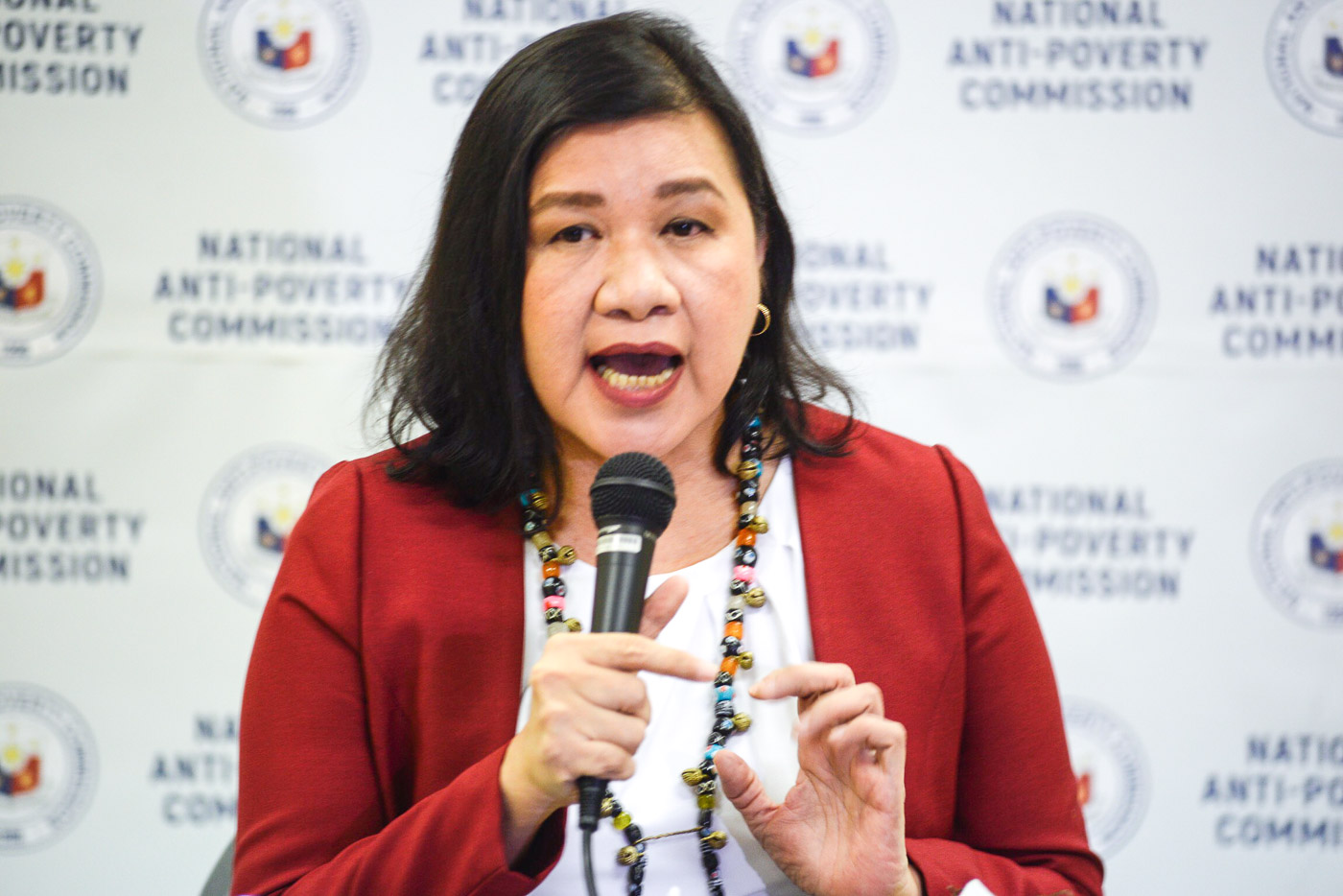 Maza, in a press conference on Monday, said she had already sent her resignation letter to President Rodrigo Duterte.

(I just want to announce today that this morning I already submitted my letter of resignation to President Duterte and I said I have thought of this the whole year while we were being harassed until this weekend and I came to the conclusion, I cannot work under the circumstances.)

What she calls her “irrevocable” resignation comes after murder charges against her and 3 other leftists were dismissed by a regional trial court.

Maza explained that she decided to resign to protest Duterte’s formal termination of peace talks with communists. In recent months, however, the President has expressed openness to resuming the negotiations.

“It’s only through peace negotiations that the door to true change for our country can happen because it’s here we concretize the agreements on economy, sociopolitical [reform], that will bring an end to poverty,” she said in Filipino.

Maza also fears more attacks against her, saying the “rightist, military” forces have “consolidated” to crack down on leftists like herself.

She also opposes the possible return to power of the Marcoses after Malacañang announced Duterte plans to resign if former senator Ferdinand Marcos Jr wins his election case against Vice President Leni Robredo, which would make him the President’s constitutional successor.

Her exit is the latest shake-up in Duterte’s Cabinet, following the resignations of Tourism Secretary Wanda Teo and Justice Secretary Vitaliano Aguirre II. These two secretaries, however, resigned after controversies that had angered the President.

Malacañang thanked Maza for her service to the government and said it regrets her decision to leave the Cabinet. Presidential Spokesperson Harry Roque also disputed Maza’s assertion that peace talks have ended, saying they continue but on the local level. The Communist Party of the Philippines rejected Duterte’s initiative for localized peace talks.

In a statement. Bayan Muna Representative Carlos Isagani Zarate said, “We support the resignation of Liza and we welcome her as she rejoins the people’s movement for substantial and meaningul change outside the confines of the present flawed bureaucracy.”

Maza was among the leftists Duterte had appointed to his Cabinet as a confidence-building measure with communists at the start of his presidency. – Rappler.com