Amid rumor of Duterte coma, Malacañang insists no need for medical bulletins 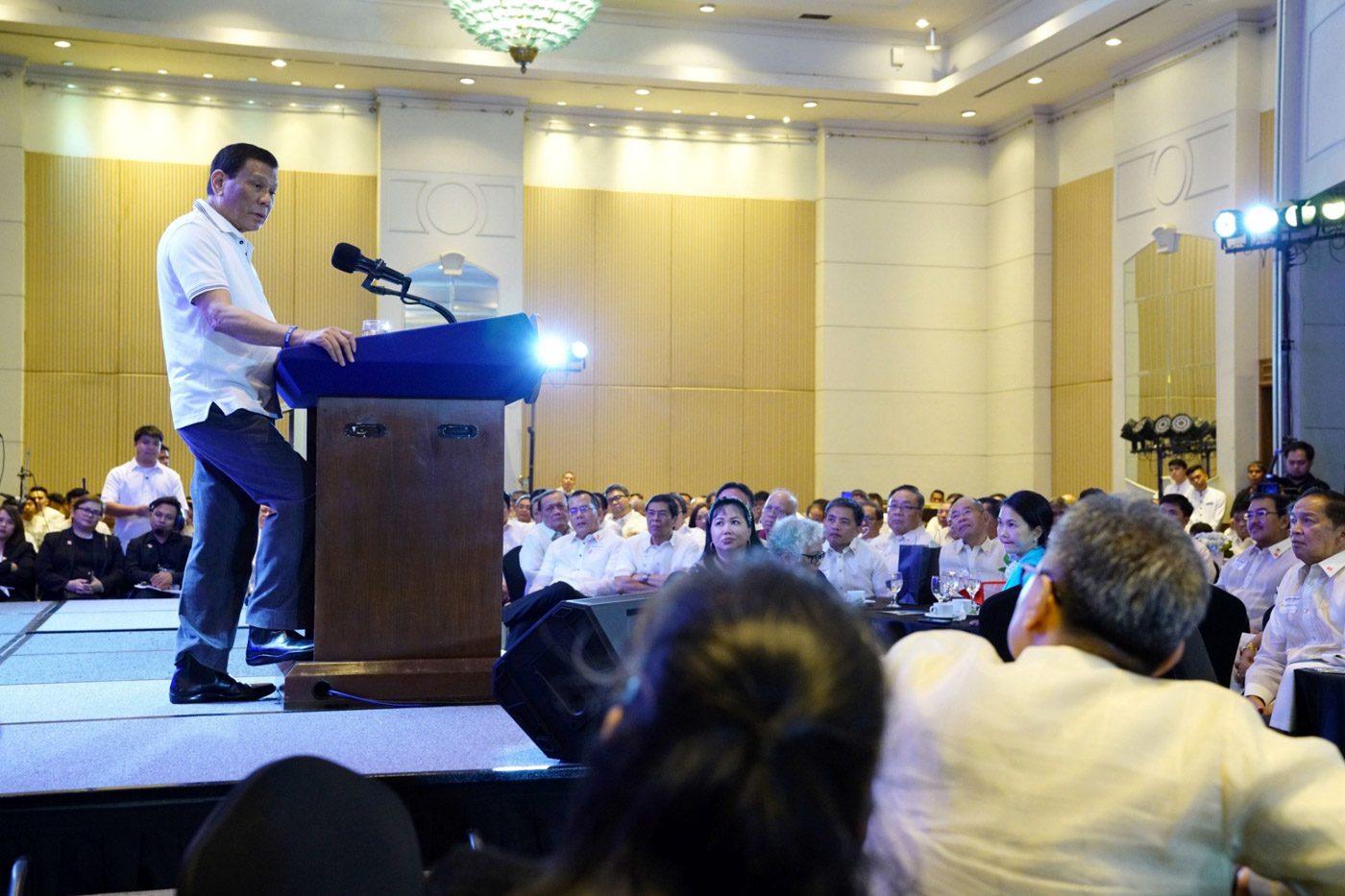 “The President is fine and well in Davao attending the Kadayawan Festival,” said Presidential Spokesperson Harry Roque on Monday, August 20.

The day before, Sison posted on Facebook that he received unverified reports that Duterte went into a coma on Sunday, August 19, after attending an event of his law school fraternity, Lex Talionis, in Davao City on Saturday, August 18, his last public appearance.

Sison also commented on the unusual “darkness” of Duterte’s face and supposedly “unstable” walk and handshake.

Roque, however, denied the need for Malacañang to issue medical bulletins from the President’s doctors as a way to put a stop to such rumors.

It’s enough, he said, that Duterte is set to appear on Tuesday, August 21, in Cebu City to attend a conference of the League of Municipalities of the Philippines’ Visayas cluster.

“They say he has a coma and then tomorrow he is going to the League of [Municipalities], what document do you want? Every time he appears in public, we’re debunking reports that he’s in a coma so why do you need a document to show he is in perfectly good health?” said Roque.

Duterte, he claims, is being transparent enough by talking about his health in public speeches.

“The President already said that he was given a clean bill of health so that’s actually making public the results of his medical tests,” said Roque.

Is that enough? Despite Roque’s statements, past presidents have done more than let their spokesmen or themselves make claims about the state of their health, as a Rappler explainer shows. Presidents Fidel Ramos and Gloria Macapagal Arroyo issued medical bulletins from their doctors when they had medical procedures done. In Duterte’s case, however, the public relies only on Roque’s words or Duterte’s for an account of his health.

Roque also brushed aside observations that parts of Duterte’s face appear to be darker than before, which some say could be symptoms of a disease or the effect of certain medical treatments.

“I don’t know. Maybe he was just not wearing powder. Normally the President wears powder. Maybe there was just a photo taken of him without powder so I don’t see anything extraordinarily different with the color of the President’s face,” said Roque.

The spokesman also downplayed the shaking of Duterte’s hand observed during his last oath-taking with new government officials.

Meanwhile, Special Assistant to the President Bong Go and Senator Aquilino Pimentel III joined Roque in assuring the public that Duterte is in good health.

Pimentel, one of Duterte’s allies, also said: “He is healthy. Why believe in the report of someone hundreds of kilometers away in Europe?”