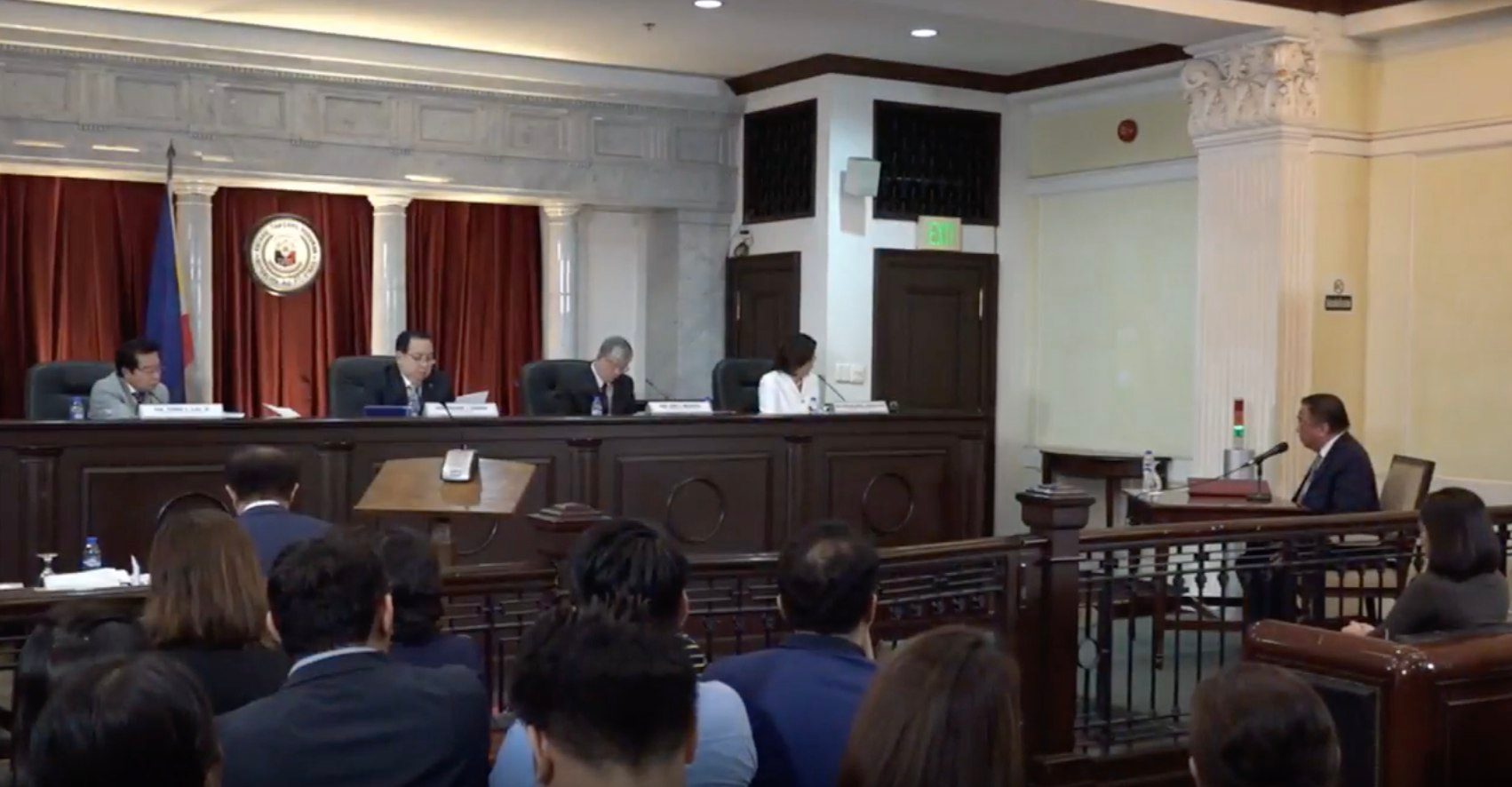 MANILA, Philippines – The Judicial and Bar Council (JBC) on Monday, August 20, decided to postpone the vote on the short list for chief justice because they need more time to scrutinize the submitted documents of applicants, including their Statements of Assets, Liabilities, and Net Worth (SALN).

“The JBC was adjourned today and was set for continuance on Friday August 24 to give more time to the JBC en banc to examine the documents, including SALNs, submitted by the nominees,” said Justice Secretary Menardo Guevarra, an ex-officio member of the JBC.

The JBC is coming from a tumultuous period when it was inadvertently accused of not spotting deficiencies in the SALNs of Maria Lourdes Sereno. The Supreme Court ultimately ousted Sereno because of non-filing of SALNs, declaring her unqualified from the very beginning to apply for chief justice in 2012.

The JBC was set to vote on Monday, but spectators would have to wait another 4 days for the highly-anticipated short list. President Rodrigo Duterte has until September 19 to appoint a chief justice, because the post cannot be vacant more than 90 days, as mandated by the Constitution.

During the public interviews on August 16, JBC members asked the applicants some questions about their SALNs and other required documents.

For example, Associate Justice Lucas Bersamin was quizzed on the increases in his wealth. JBC member Milagros Fernan-Cayosa asked about a condominium unit that was only declared after the full payment.

“I reported only when we completed the payment, when you still pay for installment, it’s not yet time for you to declare, maybe I was wrong but that is how I did it, the compliance committee of the SC has not called my attention to it if it was a mistake,” said Bersamin.

Cayosa noted that there were also “significant increases” in Peralta’s assets over the years, with the years 2016 to 2017 registering a P5-million jump.

Like Bersamin, Peralta also said significant allowances from electoral tribunals, and honoraria from lectures, caused the increases. Both also became chairmen of the Bar Examinations, which paid “more than P1.7 million,” according to Peralta.

Peralta also said he got a “surprise lump sum” from the Social Security System (SSS) from when he was a private practitioner and then a professor during his younger years.

De Castro denied having properties in Manila, Laguna, and Baguio, and said all she has is her house in Parañaque.

Associate Justice Andres Reyes Jr, on the other hand, was asked why he did not disclose his corporate shares in a bake shop for his 2015 SALN.

Reyes had a “significant drop” in his assets by as much as P18 million, which the Justice explained to be a result of the application of new civil service rules.

“What should be indicated in the SALN is acquisition value and not the fair value,” Reyes said. He added he will review his SALNs to make sure they uniformly apply the rules. – Rappler.com