Bongbong Marcos to ‘move on’ critics: ‘What else do you want to do?’ 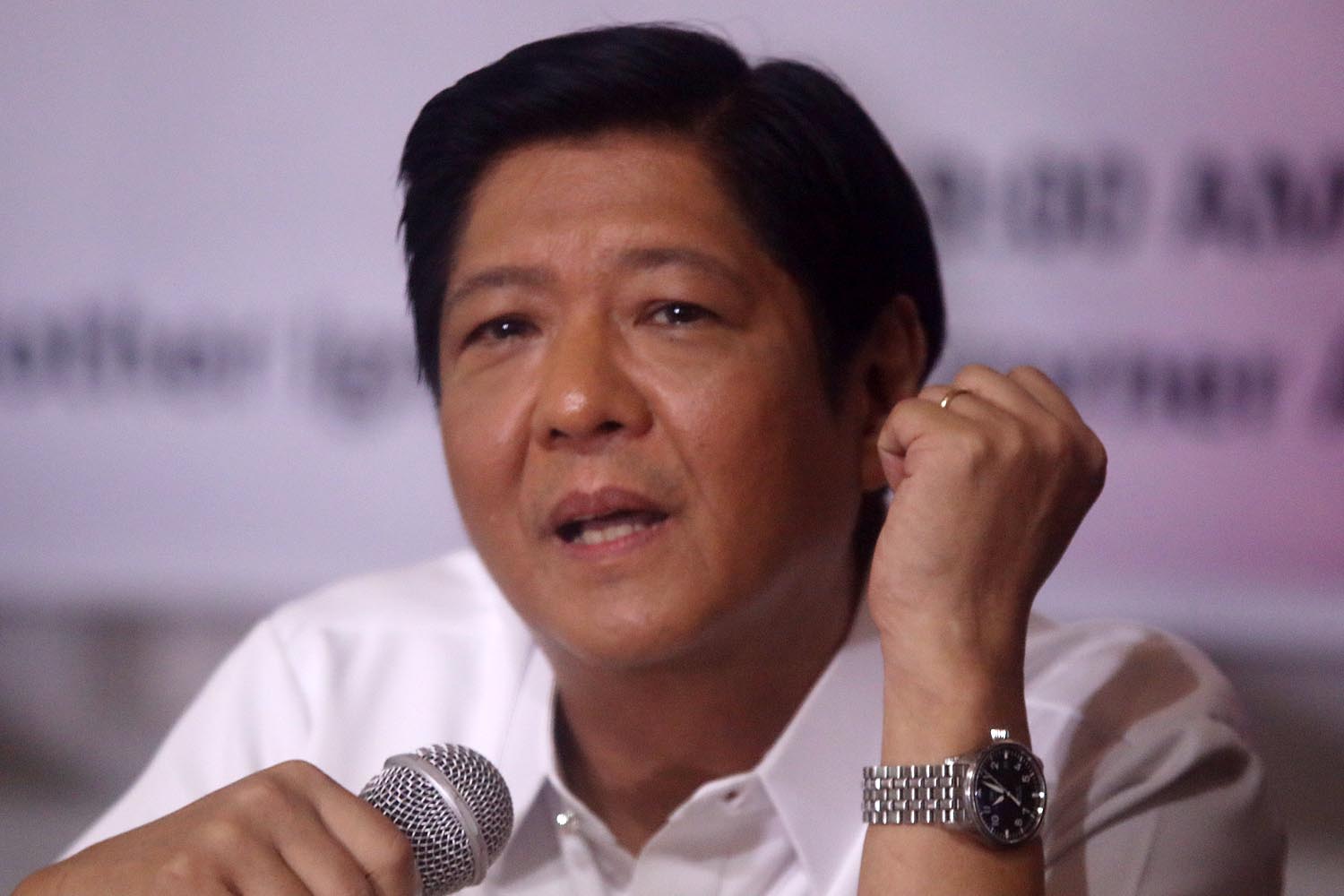 MANILA, Philippines – Former senator Ferdinand “Bongbong” Marcos Jr on Friday, August 24, said he understood the “frustration” of his sister with people who could not “move on” from Martial Law under their father’s regime.

The only son of the late dictator Ferdinand Marcos Sr was asked to respond to the controversial statement of Ilocos Norte Governor Imee Marcos, who has asked critics of her family to move on from Martial Law.  (READ: Imee to Marcos family critics: ‘Move on’ from Martial Law)

“You know, I understand my sister because you know, ang pinag-usapan is something that happened 32 years ago. ’86 was decided. The government fell. Kinasuhan kami. May desisyon kontra sa amin na mga kaso. It’s done. Ano pa ang gustong ninyong gawin?” said Bongbong during the Nanka Media Forum in Quezon City.

(You know, I understand my sister because you know, what was discussed is something that happened 32 years ago. 1986 was decided. The government fell. They filed cases against us. There was a decision against us already. It’s done. What else do you want to do?)

“There are so many problems na hinaharap ng taongbayan, na hinaharap ng Piilpinas. Bakit natin pinagaakaysahan pa ‘to [ng panahon]? Tapos na ito eh (Our countrymen, the Philippines are facing so many other problems. Why waste time on this? It’s over),” he added.

Marcos said the Philippines has to contend with the dispute in the South China Sea, its agriculture-related problems, the ISIS threat, and the drug problem.

The Marcoses have never acknowledged nor apologized for the abuses committed under Martial Law.

During the forum, Bongbong was asked to comment on the statement of some opposition senators that the people can only “move on” from Martial Law if there is an apology from the Marcoses.

“I have answered this question 1,000 times. My answer does not change,” he said. (READ: Marcos on dad’s regime: What am I to apologize for?)

The 21-year rule of the Marcos patriarch, who was ousted during the EDSA People Power Revolution in 1986, was marred by killings, torture, disappearances, media oppression, and corruption. Amnesty International estimated that about 70,000 people were imprisoned, 34,000 tortured, and 3,240 killed during Marcos’ iron-fist rule.

Thousands of human rights claimants have received compensation from the government under Republic Act No. 10368 or the Human Rights Victims Reparation and Recognition Act of 2013, signed during the administration of President Benigno Aquino III.

Bongbong, who lost in the 2016 vice presidential race, has a pending electoral protest case against Vice President Leni Robredo. President Rodrigo Duterte has openly expressed his admiration for Bongbong and his father, and has indicated that he would resign if Bongbong wins his electoral protest.

The Duterte administration is moving to abolish the PCGG (PCGG), the body tasked to go after the ill-gotten wealth of the Marcoses.  In 2016, the SC allowed a hero’s burial for the dictator, a campaign promise of Duterte. – Rappler.com