Panelo says ‘simple’ to get drug war reports via FOI. It’s not. 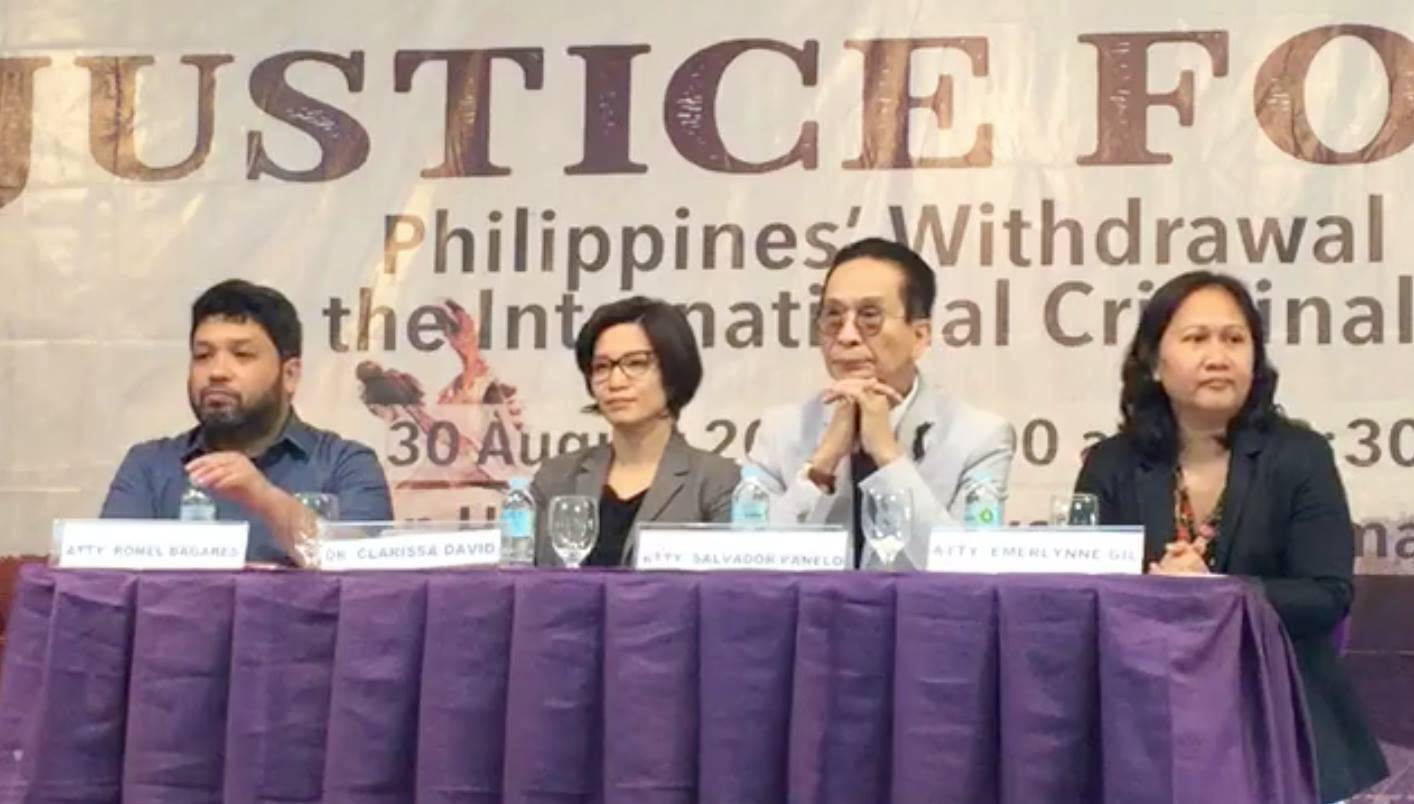 Facebook Twitter Copy URL
Copied
(UPDATED) Even the Supreme Court could not automatically get the drug war documents. Solicitor General Jose Calida said it is a risk to national security.

DUMAGUETE, Philippines (UPDATED) – Chief Presidential Legal Counsel Salvador Panelo said on Thursday, August 30, that those who want to obtain reports about the war on drugs and the deaths that arose from it can simply request them through Freedom of Information (FOI).

“How do we get these records? Simple. There is the Freedom of Information (FOI). Ask the PNP for records, ask the courts who are these people who have been prosecuted,” Panelo said at an Integrated Bar of the Philippines (IBP) forum held at the Silliman University in Dumaguete.

He added: “If we don’t do this, if we keep on speculating and publicizing anything that is harmful, and foreign countries also read what the newspapers publish, they’ll believe it, na eto lang ang nangyari (that this is only what happened).”

Is it simple? Contrary to what Panelo said, it is not “simple” to obtain drug war reports. The administration has restricted access to these reports, with former police chief Ronald Dela Rosa saying all requests must go through President Rodrigo Duterte himself.

For one, Rappler still has not been able to obtain these reports. In 2017, Rappler filed FOI requests for breakdowns of “war on drugs” statistics as well as crime statistics. PNP either did not respond to or denied these requests. (READ: How serious is the Duterte administration about FOI?)

Even the Supreme Court (SC) did not automatically get the drug war documents. Solicitor General Jose Calida fought it through pleadings, citing national security.

The question is not only what these reports contain, but also if they exist at all.

“What is in issue is the existence of the police reports, whether the police reports have been prepared as mandated by regulations,” the SC said in a strongly-worded resolution compelling the government to submit reports.

When the PNP finally obliged 5 months later, the government only submitted partial reports and asked for a two-month extension to submit the rest. (READ: Supreme Court: Drug war deaths may mean gov’t behind killings)

The documents will be a crucial basis for the Supreme Court when it rules whether the drug war is constitutional or not.

The Commission on Human Rights (CHR) has also been stonewalled on its requests for the reports. As of Thursday, August 30, CHR spokesperson Jacqueline de Guia said the PNP had not yet shared its case folders with the commission.

The IBP itself had a hard time getting documents related to the murder of 17-year-old Kian delos Santos when it filed administrative complaints against the involved policemen at the Office of the Ombudsman.

What does it mean? It will all tie back to the International Criminal Court or ICC’s ongoing preliminary examinations into the killings linked to the war on drugs.

The ICC will have jurisdiction if the Philippine justice system is unable or unwilling to investigate.

“There is nothing in this jurisdiction that shows that the state is unwilling or unable to do its duty,” Panelo said, justifying Duterte’s move to withdraw from the ICC.

But instead of presenting hard data to prove it, Panelo cited the ongoing trial of Delos Santos’ case, where 3 policemen are jailed pending judgment.

Earlier, Professor Clarissa David presented the statistical study of an inter-university consortium showing patterns of 5,021 deaths related to the campaign against drugs. David said the number is “the barest minimum” and does not at all represent the real and true number of how many died from the drug war.

“All information we have are from publicly available sources, none from government documents. It is not easy to get official reports, we needed an independent accounting,” David said.

If the administration must insist that there are genuine investigations into the killings, it must respond to the demand to make these reports transparent.

“[If you want to withdraw from the ICC] well, then show that the courts and state authorities are not shielding perpetrators, and that there is no unjustified delay,” said Filipino lawyer Emmerlynne Gil of the International Commission of Jurists. – Rappler.com