Kabataang Barangay: Get to know the forerunner of the Sangguniang Kabataan 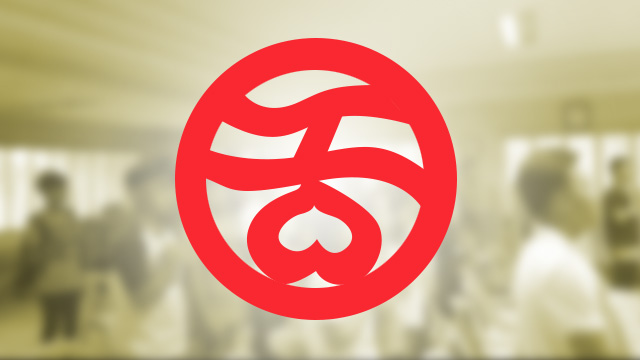 MANILA, Philippines – Before the Sangguniang Kabataan (SK) created during the time of President Corazon Aquino, there was the Kabataang Barangay (KB) – the primary body that allowed the youth to engage in public affairs – that was considered the political network of dictator Ferdinand Marcos’ eldest daughter, Imee.

The KB recently celebrated its 43rd anniversary at the University of the Philippines (UP) Bahay ng Alumni, reaping criticism from students, alumni, and human rights advocates over the irony of the event and the venue. (READ: U.P. president ‘regrets’ pain caused by appearance with Imee Marcos)

No less than UP president Danilo Concepcion, a KB official in his youth, gave a speech and flashed the “V” hand sign associated with Marcos loyalists.

The UP Diliman University Student Council said the KB reunion was “a gross disrespect not only by the Marcoses but also by the university to the long list of martyrs” during Martial Law.

The Pambansang Katipunan ng Kabataang Barangay ng Pilipinas was established on April 15, 1975, during the Marcos administration by virtue of Presidential Decree 684. It aims to “clearly define the role of the youth in the task of young people ample opportunity to express their views, aspirations and hopes.”

Several academics noted the creation of the Kabataang Barangay as a counterforce to the Kabataang Makabayan (KM), the youth arm of the Communist Party of the Philippines headed by Jose Maria Sison founded earlier in 1964.

John Bresnan, author of Crisis in the Philippines: The Marcos Era and Beyond, wrote that the Marcos organized his own youth-governed body as an “alternative to the suppressed organizations” who were at the forefront of the First Quarter Storm.

Notably, the opposing youth sectors used the same Baybayin character for “Ka” in their respective logos.

In a move questioned by many, Imee , now Ilocos Norte governor, was appointed by her father as the national chairperson of the organization during the Martial Law years.

The key functions of the Kabataang Barangay were to promote the development of  young Filipinos by initiating youth-oriented projects and activities that are “consistent with the guiding philosophies of the New Society.”

In accordance with the decree, the youth organization enjoyed autonomy in management and expenditures for initiatives and projects, as well as in the formulation of policies, plans, and programs, with assistance from experts in concerned agencies as requested.

Each barangay in the Philippines was mandated by law to delegate its own KB officials through elections.

The KB chairman also acted as an ex-officio member and chairman of the Committee on Sports and Recreation Activities of the barangay council.

KBs across the country were then tasked to plan and to enforce local policies for the youth in their respective barangays, to be supervised by the barangay captains.

KB was abolished in 1986, following the EDSA People Power Revolution that toppled the Marcos dictatorship. It was  replaced by the Sangguniang Kabataan in 1991 under Republic Act 7160.

Similarities, differences between KB and SK

Both KB and SK youth members exercised autonomy on projects and political plans in respective localities, with some supervision from other authorities. Both also had training camps and conventions.

The differences between the two political youth organizations, however, can mostly be seen in eligibility requirements for youth vying for positions and in the political atmosphere in their respective times. (READ: What’s in the new Sangguniang Kabataan?)

Minimum age limit: Under KB, only youth aged 15 to 18 were allowed to be voted into the assembly. SK has increased the age range to 18 to 24 years old.

Anti-Political Dynasty Provision: Following the appointment of Imee as KB chairman, nepotism and dynastic politics persisted in the KB.

Under the reformed SK, meanwhile, youth leaders are held by an anti-dynasty provision in the law – members should not be related within the 2nd civil degree of consanguinity or affinity to any incumbent elected national or local official in the locality.

The current SK also requires candidates to be voters of the Katipunan ng Kabataan (Youth Assembly), which includes all youth, 15 to 30 years old, living in the community for at least 6 months. This assembly convenes to review the SK’s annual performance and financial reports – Rappler.com