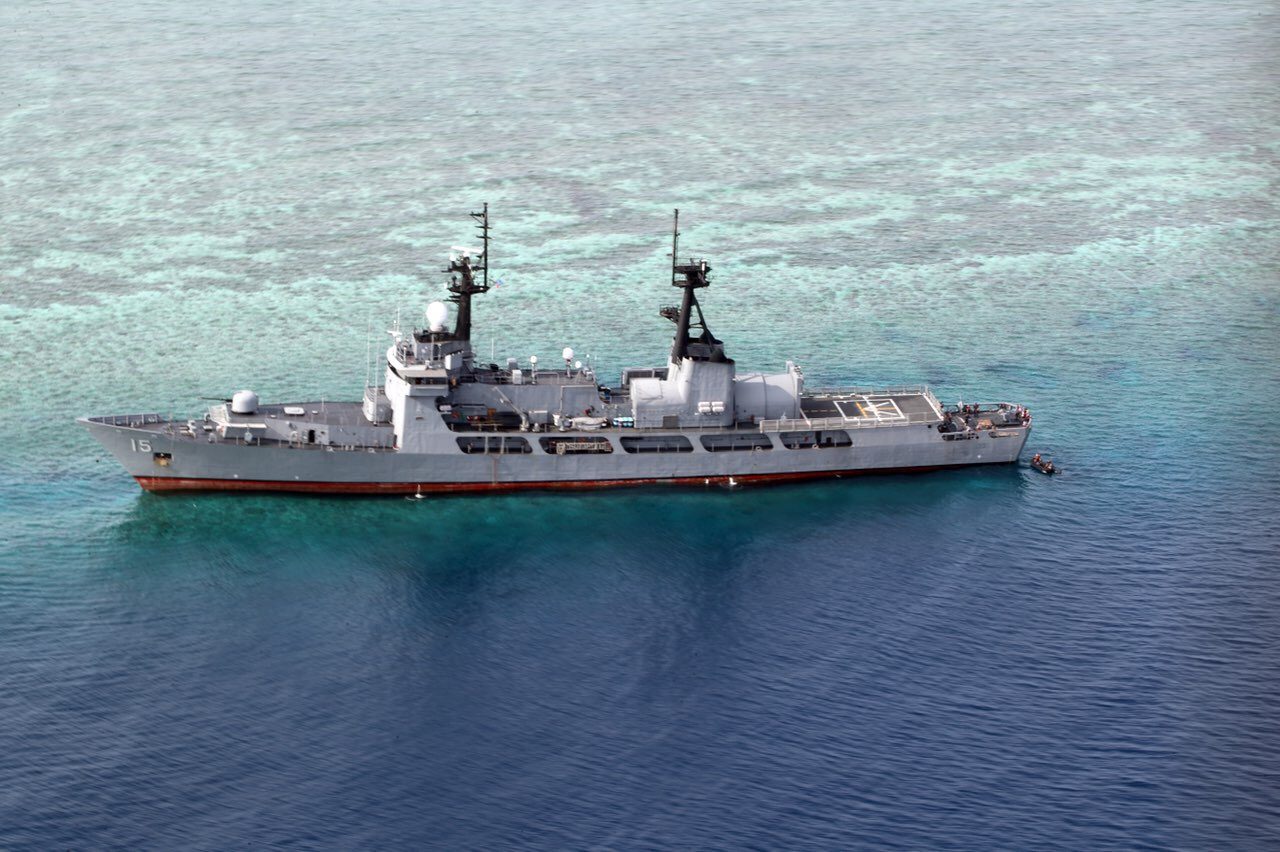 Facebook Twitter Copy URL
Copied
One of the Philippine Navy's most capable warships, BRP Gregorio Del Pilar, runs aground in the vicinity of Hasa-Hasa Shoal

MANILA, Philippines (UPDATED) – One of the Philippine Navy’s most capable warships ran aground in Palawan Wednesday night, August 29, according to the military.

The Western Command is conducting operations to retrieve the cutter that the navy acquired from the US Coast Guard in 2011.

“Reports have reached the General Headquarters that the BRP Del Pilar (FF15) has run aground in the vicinity of Hasa-hasa Shoal, West Philippine Sea late in the evening of August 29, 2018,” said Colonel Noel Detoyato of the military’s Public Affairs Office.

“All afloat vessels in the Western Command area have already been mobilized to conduct assessment, retrieve the aground vessel, and return her to safe harbor, and assist all personnel aboard BRP Del Pilar,” Detoyato said. – Rappler.com