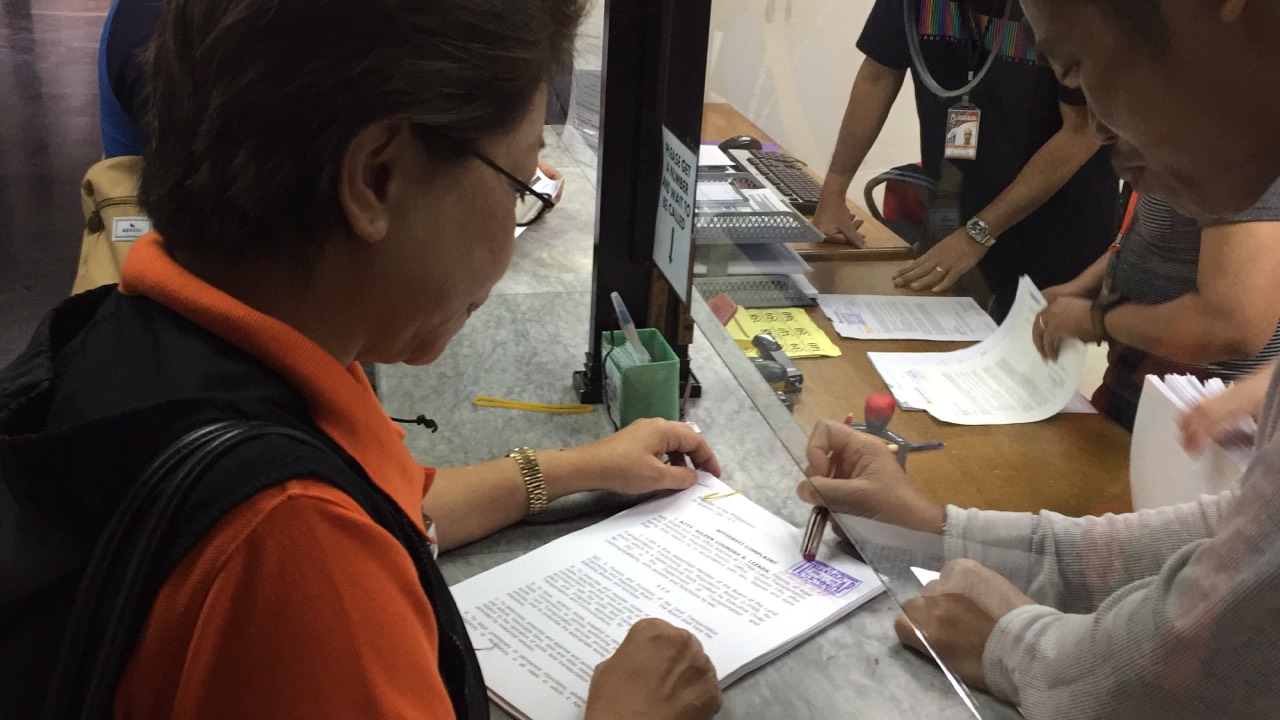 MANILA, Philippines – Land Transportation Franchising and Regulatory Board (LTFRB) Member Aileen Lizada filed on Friday, August 31, a complaint at the Office of the Ombudsman against 3 members of Chairman Martin Delgra III‘s staff.

Lizada said that Delgra’s Chief of Staff Manolo Labor, as well staff members Nikki Rose Gener and Martin Angelo Afante, violated sections of the Anti-Graft and Corrupt Practices Act and the Code of Conduct and Ethical Standards for Public Officials and Employees.

Lizada filed the 31-page complaint in relation to the P2 fare hike in Iloilo, which she said was “in excess of the fare hike as supported by the NEDA (National Economic and Development Authority) and the DTI (Department of Trade and Industry).”

The July 30 order on the fare hike, which was supposed to be an en banc decision or signed by all 3 members of the regulatory board, was approved without Lizada’s signature.

The approved order included a logic behind the increase citing a DTI “pronouncement,” saying that higher fuel prices “has very minimal impact on the prices of basic goods” and that “transportation only accounts for less than 5% of the production costs.”

However, Lizada said DTI, citing one of its undersecretaries, confirmed there were no formal pronouncements on the matter, and that it was inaccurate. DTI, in a letter, recommended instead a “lower or minimal fare adjustment” for jeepneys in Iloilo.

Despite the pending revisions, Lizada said Labor ordered Gener to get the copy of the order without her permission, and rushed the routing of the order for signatures, through the help of Afante.

In her complaint, Lizada asked the Ombudsman to “initiate criminal and administrative cases” against the 3, and to place them under preventive suspension “to protect the integrity and the process of procedure and action documents of LTFRB.”

Asked whether the P2 fare hike in Iloilo would be withdrawn, Lizada told Rappler that it is possible “if the Board will voluntarily do it.”

Rappler has reached Delgra for comment, but he has yet to respond as of posting. – Rappler.com