Sep 2, 2018 9:04 PM PHT
Rambo Talabong
Facebook Twitter Copy URL
Copied
(5th UPDATE) This is the second explosion to hit the province in less than a week 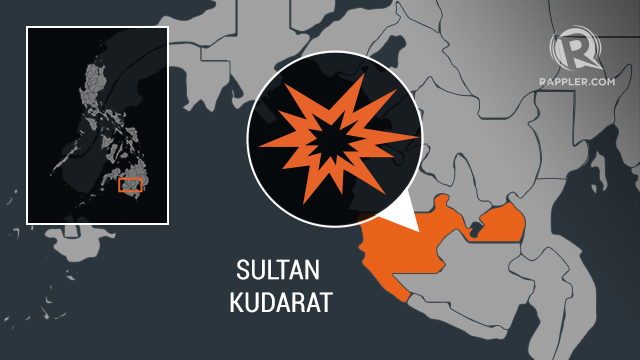 At least two people were killed in the blast, while 12 others were injured.

Of the 12 that were injured, 4 were seriously wounded while 8 others suffered less severe injuries.

According to the initial police report relayed to Rappler by the Sultan Kudarat Provincial Police Office, the explosion occurred at around 7:30 pm near the Novo Building at the Isulan town proper in Barangay Kalawag 2.

In a statement on Sunday evening, the Philippine National Police (PNP) condemned the incident.

“We are saddened by the casualties brought about by this cowardly act perpetrated by people hell-bent on their nefarious goals without regard for the lives of civilians,” PNP chief Director General Oscar Albayalde said in a text message to reporters.

Albayalde also ordered cops in the area to intensify security efforts, on top of their full alert status which was declared across the entire island region of Mindanao.

Just 5 days ago, on August 28, an improvised explosive device rocked Isulan as it celebrated its Hamungaya Festival. Three people were killed in that blast, including a 7-year-old boy.

Albayalde is open to a martial law extension and House Speaker Gloria Macapagal Arroyo supports it as well, but Vice President Leni Robredo opposes it and Defense Secretary Delfin Lorenzana does not recommend it, for now.