Duterte to Obama: Forgive me, I forgive you 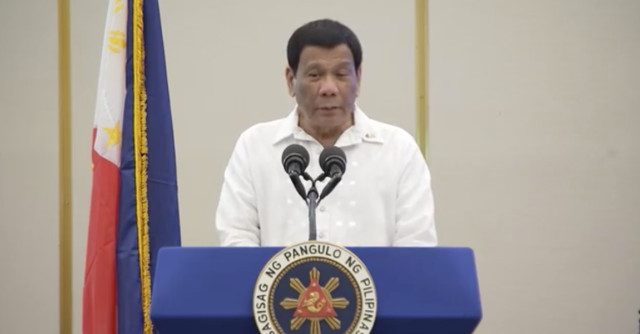 Facebook Twitter Copy URL
Copied
'I am sorry for uttering those words,' Philippine President Rodrigo Duterte tells former US president Barack Obama, who he has cursed in past speeches

In a speech on Sunday night, September 2, in Jerusalem, Duterte also said he has “forgiven” Obama for “castigating” him over his controversial campaign against illegal drugs.

“It would be appropriate also to say at this time that, Mr Obama, you’re a civilian, I am sorry for uttering those words. It was plain ‘talkatese’ or so like yours,” said Duterte in a speech in front of Filipinos based in Israel.

“We have learned our lessons very well. Nagkakaintindihan tayo (We understand each other) so if it is in your heart to forgive, you forgive. I have forgiven you,” he continued.

In 2016, at the start of his presidency, Duterte made headlines when, right before his first international summit, he appeared to call Obama a “son of a bitch” by using the Filipino expletive “putang ina mo.” He was angry at the then-US president for planning to raise human rights issues related to the Philippines’ bloody anti-drug campaign in their scheduled bilateral meeting.

After Obama urged Duterte, in a press conference, to fight illegal drugs “the right way,” the Philippine leader said Obama should “go to hell.”

In his speech in Israel, Duterte described Obama as “cold” and “always at a distance.” In contrast, he called US President Donald Trump his “good friend.”

To Obama, he said: “You ought to know the basic rules. You do not criticize, especially if it is a problem of a country you are criticizing.”

Duterte claims Trump has praised him for his manner of combating illegal drugs, even supposedly telling him, “I will follow you.” – Rappler.com