5 questions we should be asking on the rice shortage

Sep 3, 2018 6:00 PM PHT
Rene Pastor
Facebook Twitter Copy URL
Copied
Who would benefit from an emergency order for imports of around a million tons because government rice stocks were artificially run down? 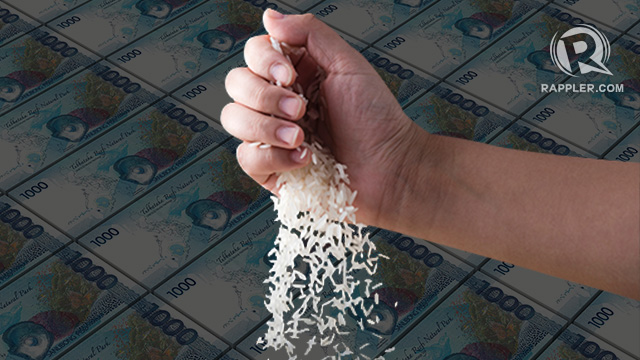 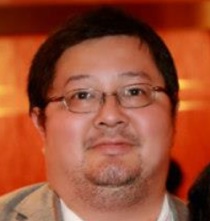 A lot of things in the Philippines are not as clear-cut as they seem.

The rice shortage is one of them. There are a number of basic questions that appear to have been lost in the competing press releases handed out by government officials.

As a matter of policy, the government would keep a buffer of rice in its warehouses of around 15-20 days’ worth of daily consumption. The buffer was aimed at keeping prices under control and prevent a runaway spike.

With prices surging, we are left with a number of questions.

First, why were rice inventories in government warehouses allowed to fall to less than 2 days of consumption? In effect, the government was disarmed in keeping rice prices stable.

It seems running the government’s rice stock to practically nothing was done deliberately. The shortage appears to be man-made.

Which leads to the next question that is just as disturbing.

Who would benefit from an emergency order for imports of around a million tons because government rice stocks were artificially run down?

If they are rice millers and/or importers, how are they connected to the Philippine government?

Was the shortage for their benefit?

Are these rice importers supporters of this government?

And do they donate to its politicians and their campaigns?

One friend tartly commented that with the elections set for next year, it is time for “fund-raising.”

In these kinds of cases, the best thing to do really is to follow the money. It works for nailing crooked politicians.

While rice farmers may enjoy some benefits from the current high prices, what happens to the consumers who have to pay for the staple food of the 105 million Filipinos? Inflation  shoots up, which of course hits everyone in sight.

According to the Philippine Statistics Authority (PSA), the latest data they have showed retail prices of well-milled rice have hit 46.35 pesos/kg in the third week of August, up almost 10% from the level last year.

While the shortage is top of mind in the Philippines, the more fundamental issue is why rice production in the country is always falling short.

The amount of arable land in the country is limited and it is shrinking as the number of people increase.

When I was growing up in the last century, Parañaque was salt pans and the southern stretches beyond Muntinlupa were rice or coconut farms. Today, you have Festival Mall in Alabang and the Ayala developments in Laguna.

In the April to June quarter alone, the PSA said the harvested area for rice fell to 939,790 hectares, from 947,190 million hectares in the same period last year.

Yields have also remained flat in the second quarter at 4.38 tonnes per hectare, the PSA added.

It is incredibly hard to boost production of rice when both yields and your farms are shrinking.

The growing weather has also been atrocious for pretty much this decade, and there is every indication the future may well get worse.

Since 2012, a typhoon or several of them in succession has struck the Philippines during the last quarter of the year. This included typhoon Yolanda/Haiyan, which nearly obliterated Tacloban from the map.

Why is the last quarter important for rice? The last quarter is when most of the rice in the Philippines is harvested. If the main rice areas in Luzon, Mindanao, Iloilo and Leyte-Samar are hit, that pretty much guarantees Manila will be forced to import rice the following year.

Imports of rice have happened every year since.

Climate change and global warming is not doing the country any favors either. With warmer oceans, the typhoon season is lasting longer and becoming more intense. Even the monsoon rains are firing up because of the warm waters surrounding the country.

The country is also vulnerable to El Niño, which happens every 3-7 years and always seems to hit the Philippines with drought. Since most of the rice farms are rain-fed, a dry spell is the last thing Filipino farmers need.

One severe El Niño hit the country a few years ago. The US Climate Prediction Center forecast another is likely to develop after the northern hemisphere summer ends this month and batter the Philippines in 2019.

Now the government of President Rodrigo Duterte is pushing to replace the current system for rice imports with a tariff system.

But even with a 35% tariff on imported rice, the price will still come around to about 30 pesos/kg, sharply below current levels of 42 to 46 pesos/kg.

Will the plan being pushed by the government help? The farmers’ groups in the Philippines are already squawking against it.

As always in things of this nature, the devil is in the details.

The proper question on this proposal to allow unlimited rice imports is, who gets the business?

Will the importers be the government’s friends?

Rene Pastor is a long-time journalist who wrote about commodity issues for an international news agency and has written extensively about the rice situation in the Philippines. He is based outside New York City.