Duque: ‘Not appropriate’ to declare emergency health crisis for students who got Dengvaxia 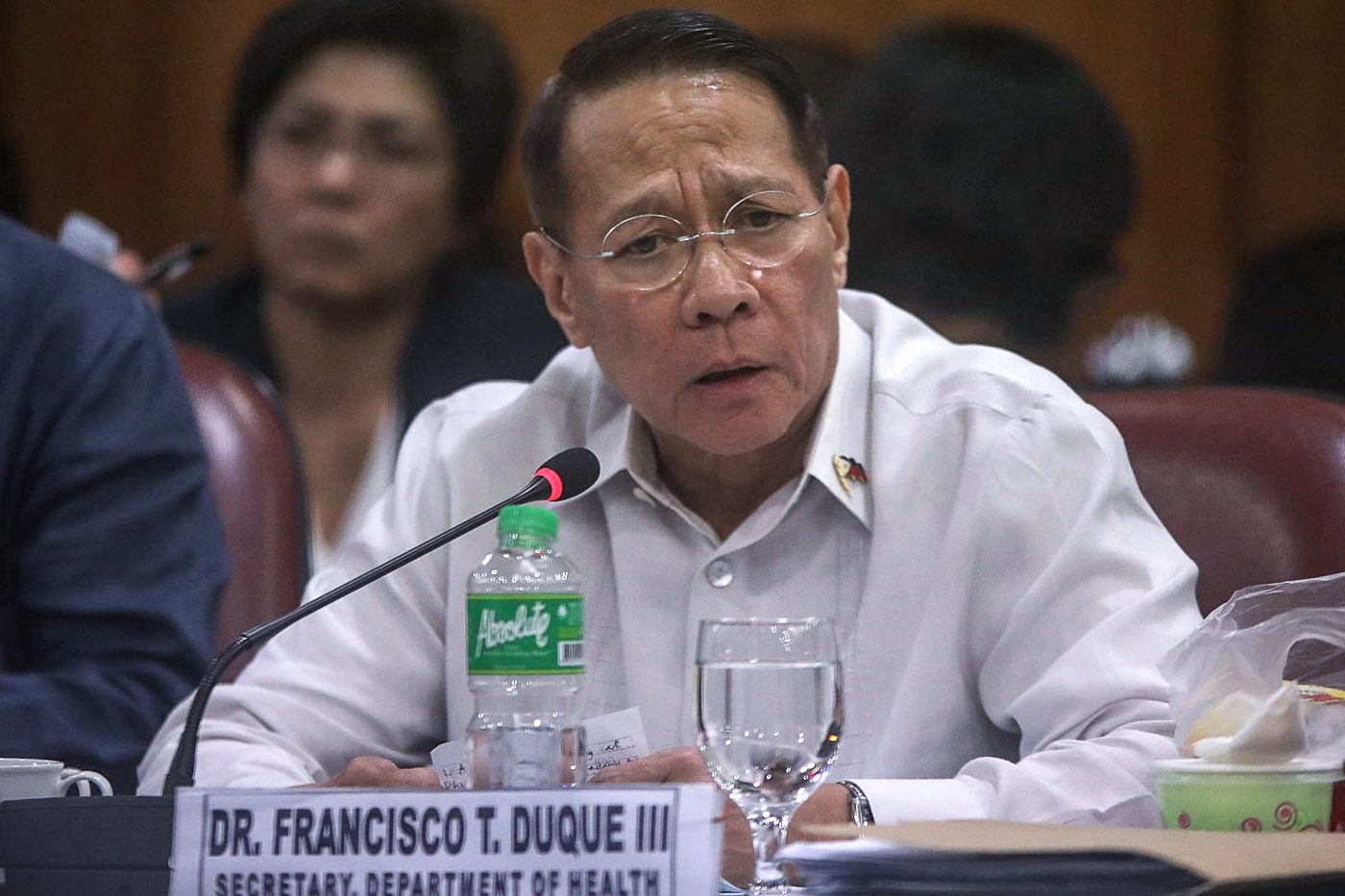 Facebook Twitter Copy URL
Copied
'It may not be appropriate to declare because if we did that, we might spawn fear and more uncertainties and this can be quite unsettling for parents,' says Health Secretary Francisco Duque III

MANILA, Philippines – Should the Department of Health (DOH) declare an emergency health crisis for students who got the risky Dengvaxia dengue vaccine? Health Secretary Francisco Duque III warned lawmakers that such a move would not be “appropriate” as doing so may cause widespread panic.

“It may not be appropriate to declare because if we did that, we might spawn fear and more uncertainties and this can be quite unsettling for parents,” Duque told lawmakers during the DOH’s budget briefing at the House of Representatives on Monday, September 3.

Responding to this, Antonino claimed there were “studies,” which projected deaths of about 100,000 to 200,000, which Duque said was far from the truth. (READ: What to do if your child received dengue vaccine)

“Malayo po sa katotohanan ‘yan (That is far from true)…. You would have expected 100,000 deaths by now if Dengvaxia really caused the deaths…. Groups push that theory but there is also a respectable group saying that is not the case,” he said. (READ: No need to panic over Dengvaxia-linked deaths – Duque, UP-PGH experts)

The health secretary also told lawmakers fears on immunization had already resulted in “collateral damage” to health programs such as the DOH’s measles immunization program.

Duque said only 30% of its target population of 2.4 million children were vaccinated in the aftermath of the Dengvaxia controversy. Measles cases soared and outbreaks were likewise declared by the DOH in early 2018.

What should be done? Duque said what was more important was to make sure hospitals were ready to respond to patients’ needs instead.

“The important thing is our hospitals are ready to manage hospitalized Dengvaxia vacinees. If the need arises, the response will be quick. That is the objective of the express services,” Duque said as he noted 98% of patients who were hospitalized with dengue recovered.

“It is not a perfect system but we continuously call on our hospitals to be ready to respond to the need of the Dengvaxia vaccinees,” he added.

Last March, the DOH teamed up with associations of hospitals to put up dengue express lanes in both public and private hospitals.

Duque reiterated the DOH remained committed to profiling the over 890,000 students who got the Dengvaxia dengue vaccine. – Rappler.com