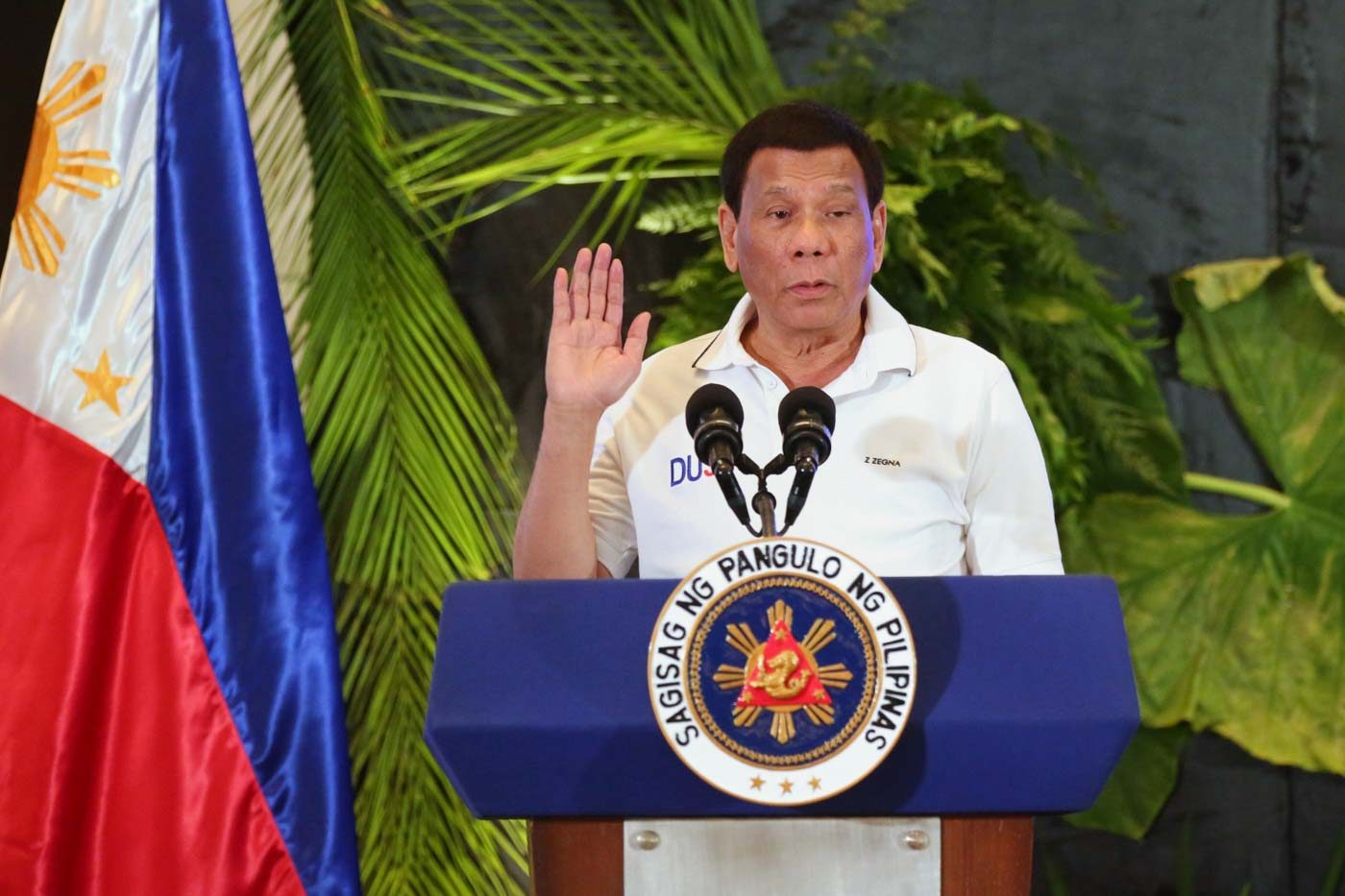 MANILA, Philippines – President Rodrigo Duterte is “reinventing or redefining the law to suit political agenda,” Edre Olalia of the National Union of Peoples’ Lawyers said in a statement on Tuesday, September 4.

“’Toe the line or get out of the way’ is the unmistakeable message. Who’s next on the chopping block? Duterte and his strongman state can practically do anything,” said Olalia.

Proclamation 572 orders Trillanes’ immediate arrest, for which the senator said he is ready.

It will be another test case for Duterte’s administration.

Section 19, Article VII, of the 1987 Constitution states that the President has the “power to grant amnesty with the concurrence of a majority of all the Members of the Congress.” But it is silent on the requirement to revoke the amnesty.

One legal view is that because all acts of Congress have the effect of a law, revoking the amnesty should also be like revoking a law, an act that needs congressional concurrence.

But Justice Secretary Menardo Guevarra, who has been assigned officer-in-charge of the country while Duterte and his delegation is in Israel, said Congress’ concurrence is not needed because the grant of amnesty is “void ab initio.”

Void ab initio means it never had a legal effect from the start.

Constitutional law professor Dan Gatmaytan said that because there is no textual basis for the revocation, “it is a case of first impression.”

In the Duterte administration, there have been other cases of first impression, such as the quo warranto ouster of Maria Lourdes Sereno as chief justice, which Solicitor General Jose Calida won by a vote of 8-6.

Currently, Calida is facing oral arguments in the Supreme Court over the Philippine withdrawal from the International Criminal Court (ICC). It’s another case of first impression.

In an interview at the Senate on Tuesday, Trillanes accused Calida of masterminding the revocation because the senator’s committee was set to hear the alleged impropriety of the government contracts won by the Solicitor General’s family-owned security firm.

Gatmaytan said Trillanes can go to the courts and question the validity of the proclamation. – Rappler.com