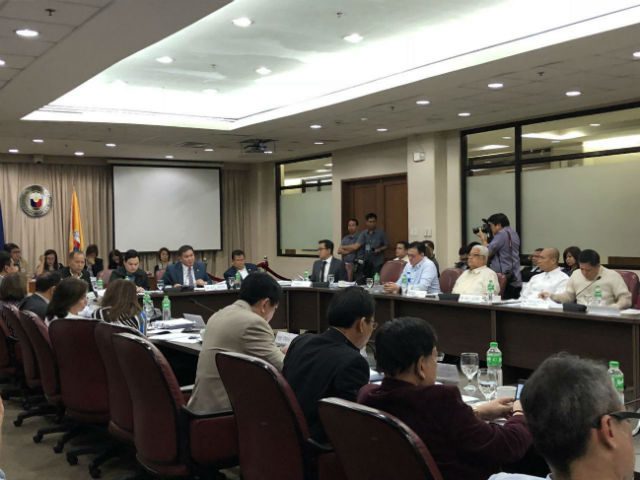 The House panel led by Oriental Mindoro 1st District Representative Salvador Leachon voted 21-0 in favor of the impeachment complaints’ sufficiency in form, which were filed against De Castro and the following SC associate justices:

They are accusing all 7 SC justices of culpable violation of the Constitution when they voted in favor of the quo warranto petition filed against ousted chief justice Maria Lourdes Sereno, which nullified her appointment.

De Castro, Peralta, Bersamin, Tijam, and Jardeleza are also accused of betrayal of public trust for refusing to inhibit themselves from voting on the quo warranto petition after testifying against Sereno during the impeachment hearings against her conducted last year.

The justice committee agreed to consolidate the impeachment complaints based on similar grounds.

The panel then suspended the hearing to give time for the members to read all 7 impeachment complaints so they would be able to properly assess the sufficiency in substance.

The next hearing will be held next Tuesday, September 11.

Section 4, Rule III of the Rules of Procedure in Impeachment Hearings states that the justice committee must first determine whether an impeachment complaint is sufficient in form and substance before the complainants’ arguments and evidence are thoroughly assessed during the rest of the hearings.

Villarin no longer a complainant

On Tuesday, the justice committee did not allow Akbayan Representative Tom Villarin to be a complainant of the impeachment complaints.

This is because he failed to sign the impeachment complaints when Lagman, Alejano, and Baguilat filed these on August 23.

“As you all know, I was not able to make it to that filing because of an emergency in Davao where I live. But I do have personal knowledge in the making of such complaint and as early as two months ago, I have been publicly telling through the media of my intent to file an impeachment complaint against [them],” said Villarin.

But Leachon refused and got the backing of the rest of the members.

Leachon said if they would allow Villarin to sign the impeachment complaints, it would mean the documents are unsigned pleadings and therefore just “mere scraps of paper.”

Leachon added that even without Villarin’s signature, the impeachment complaints will stand. – Rappler.com