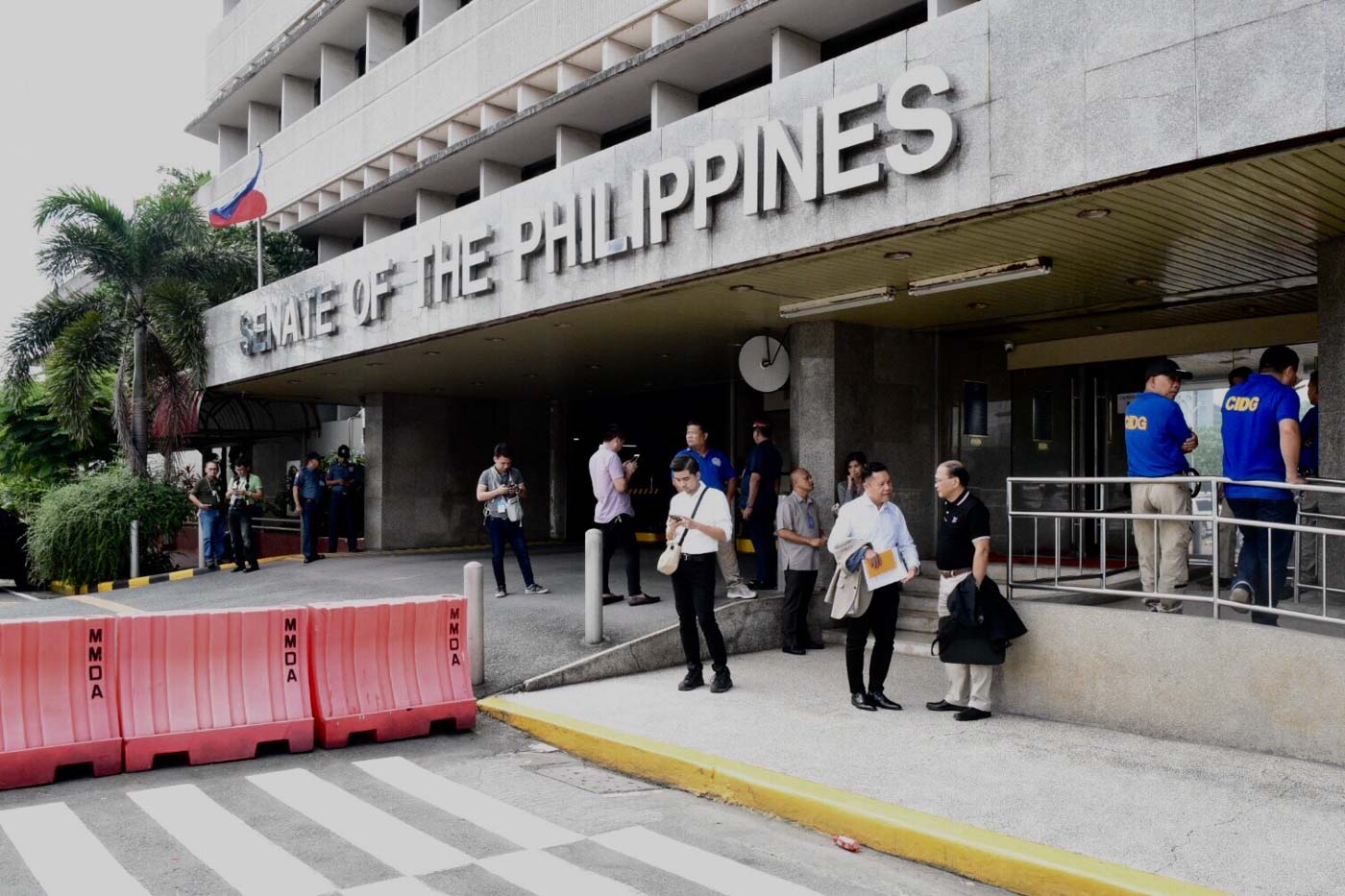 MANILA, Philippines – Some senators on Wednesday, September 5, questioned the presence of armed military personnel inside the Senate compound after President Rodrigo Duterte issued an order to revoke the amnesty granted to opposition Senator Antonio Trillanes IV.

Senate President Pro-Tempore Ralph Recto and Senator Francis Escudero raised the question, as they noted that no arrest warrant had been issued against Trillanes.

Escudero said some colleagues were concerned over the presence of soldiers and policemen which made the chamber appear “militarized.”

“Siyempre concern ‘yun dahil na-mimilitarize ang institution at establisyemento ng Senado na hindi pa naman dapat (Of course it is a concern because the Senate as an institution is being militarized),” Escudero said in a separate interview.

Escudero said Trillanes has already said he would not resist arrest officers once a warrant is issued.

Senate President Vicente Sotto III, however, does not share the same view.

“Nope. It’s additional security actually,” Sotto told Rappler when asked if he agreed with his colleagues.

Sotto, however, reiterated that soldiers and policemen are not allowed to enter the Senate without his permission through the Office of the Senate Sergeant-At-Arms.

He earlier heeded Trillanes’ request to be put under his custody while the opposition senator exhausted legal remedies. Trillanes would remain inside Senate premises for now. – Rappler.com