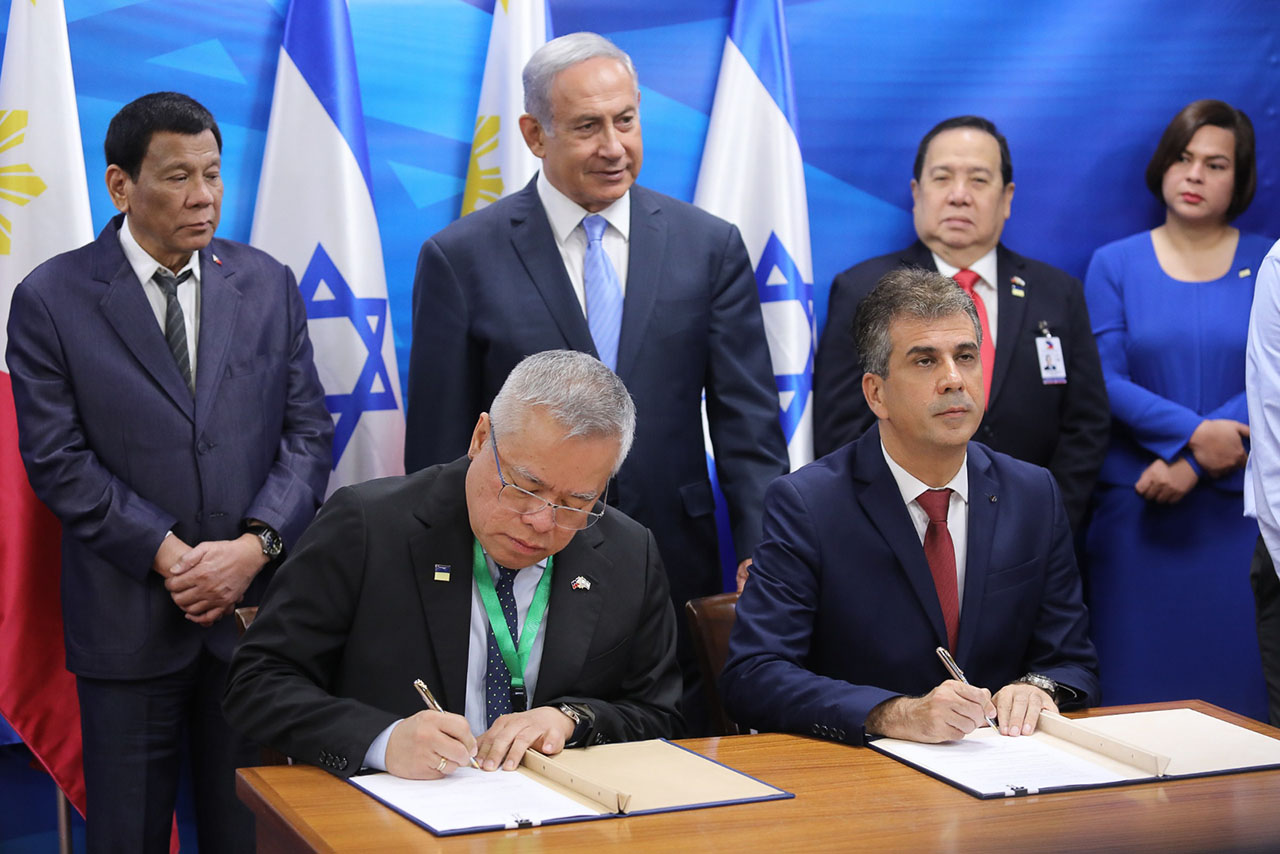 MANILA, Philippines – Israeli and Philippine business groups and companies, including one Philippine government corporation,  signed 21 deals during President Rodrigo Duterte’s visit to Jerusalem, 6 of them related to weapons manufacturing, cybersecurity, or intelligence.

In total, the 21 signed documents represent possible investments worth $82.9 million or P4.43 billion*, said Malacañang. If the companies make good on their commitments, some 790 additional jobs would be generated for Filipinos.

The 6 agreements are as follows, as provided by a list from Malacañang:

The 21 documents, according to nature of the agreement, include 3 memoranda of agreement (MOA), 11 memoranda of understanding (MOU), and 7 letters of intent (LOI).

One of the deals involve the Subic Bay Metropolitan Authority (SBMA), a government-owned and controlled corporation.

Below are the 15 other documents signed between Israeli and Philippines companies or business groups:

Duterte had a chance to meet with representatives of some of the Philippine and Israeli businesses and groups hoping to partner for future ventures. The forum, where Duterte gave a speech, was held on Tuesday, September 4, at a hotel in Jerusalem.

Not all Israeli businessmen were happy about Duterte’s visit, however. Mino Negrin, CEO of water filteration company NUFilteration Ltd, decided to boycott the forum to protest Duterte’s presence.

After the gathering, Duterte and top security officials witnessed a disaster response demonstration at the headquarters of Magen David Adom, Israel’s version of Red Cross.

The Philippine officials were also shown an array of Israeli disaster and emergency response equipment. – Rappler.com