Former Marcos mansion in New York to be auctioned off

Sep 5, 2018 9:33 PM PHT
Sofia Tomacruz
Facebook Twitter Copy URL
Copied
Bid starts at $2.1 million for what Maltz Auctions markets as an 'extremely rare opportunity to own one of the last great estates on Long Island' 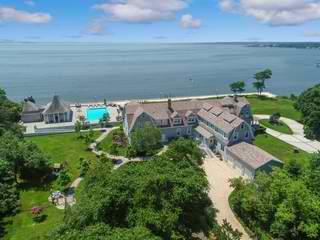 MANILA, Philippines – A waterfront mansion in Long Island, New York, once owned by the late dictator Ferdinand Marcos will be auctioned off by American real estate company Maltz Auctions with an opening bid of $2.1 million on Thursday, September 13.

The company markets the home as an “extremely rare opportunity to own one of the last great estates on Long Island – formerly owned by Ferdinand and Imelda Marcos,” details from its website showed.

The 8.2-acre (33,184-square-meter) waterfront complex, which is slightly smaller that the Araneta Coliseum, was bought by the Marcoses in the early 1980s.

The Philippine government took over the property in 1987. It has been sold at least 3 times since. It was among the 3 US properties sold by the Presidential Commission on Good Government (PCGG) in 1987 along with properties in Beverly Hills, California, and Honolulu, Hawaii.

In 1996, the PCGG sold the estate to psychologist Peter Magaro and wife Jennie Magaro for $1.6 million – well below its original asking price of $4.5 million, according to a 1996 New York Times report. The estate was also much bigger then, with the PCGG selling it 5 acres larger at 13.2 acres.

The property was also named a Brookhaven Town landmark after the town’s board approved the move in 2015. This means the estate overlooking Moriches Bay can’t be torn down and redeveloped, according to Newsday.

What’s inside? The summer home is every bit as lavish as one would expect. Details from Maltz auction’s website indicate the property has 14 bedrooms,16 baths, an oversized pool, tennis court, carriage house, and a glass pool house supposedly furnished with capiz chandeliers.

The property was built in the early 1900s as a private home and was later expanded by another owner. After World War II, the property became a hotel known as the Lindenmere, named after the row of over-a-century-old linden trees. 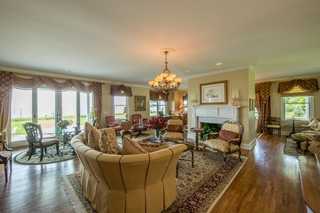 Accounts from Magaros as told to the Times describe Marcos-style refurbishments to the home, such as Philippine-made foot pillows in a hallway, jacuzzis, oversized curtains, and 24-karat gold-plated bathroom fixtures in all baths, except for smaller bathrooms that were for servants.

Local rebuilder Ernest Hoffstaffer Jr also recounted the time he had to supervise the overhaul of the mansion’s grand staircase after the number of stairs was deemed unlucky by the late strongman’s wife, Imelda Marcos.

“There was a problem with the number of steps…. If you landed you had to land on gold,” he said.

While accounts on the number of times the Marcoses actually visited the place vary, Magaro attested to the possibility the late dictator’s wife had at least slept there. “She left nightclothes here,” she said at the time.

Magaros also described closet doors as having had air holes for Marcos’ entourage of body guards who would carry large weapons and hide in closets. With several owners having completed renovations, however, this particular feature was no longer there, according to a 2017 report in the New York Post.

Other properties: The Long Island waterfront home, though, is only one in a long list of properties previously owned by the Marcoses.

During its 30th year, the PCGG said it had privatized 22 Marcos properties both in the Philippines and abroad. Various estimates also put the total Marcos loot at between $5 billion and $10 billion. (At 30: PCGG by the numbers)

The 21-year rule of the Marcos patriarch, who was ousted during the 1986 EDSA People Power Revolution, was marred by killings, torture, disappearances, media oppression, and corruption. Amnesty International estimated that about 70,000 people were imprisoned, 34,000 tortured, and 3,240 killed during Marcos’ iron-fist rule.

The Marcoses have never acknowledged nor apologized for the abuses committed under Martial Law. (Bongbong Marcos to ‘move on’ critics: ‘What else do you want to do?’) – Rappler.com