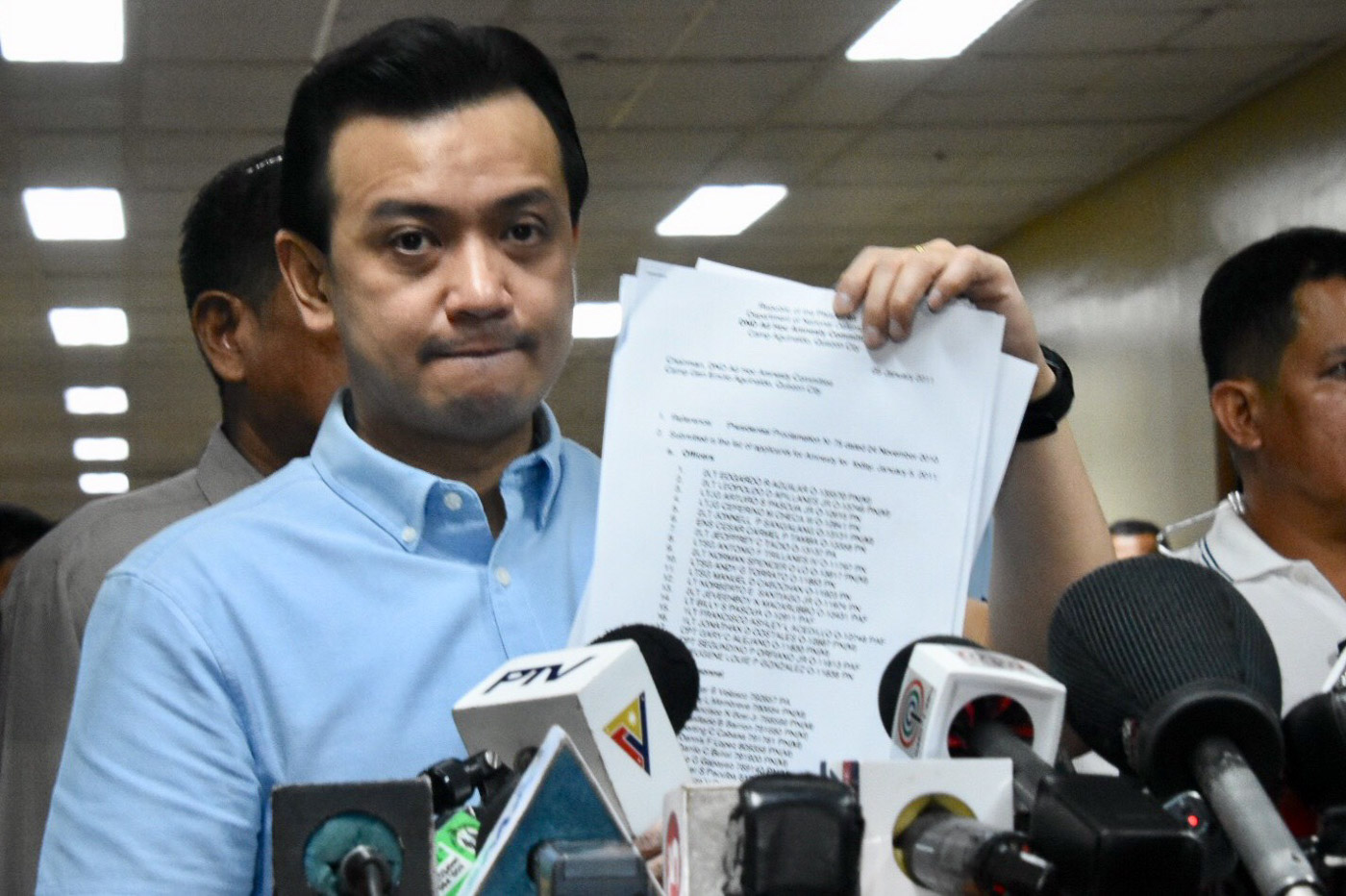 MANILA, Philippines – Embattled Senator Antonio Trillanes IV vowed to run after the people pushing for the revocation of the amnesty granted to him in 2011.

(When the time comes, when Duterte is no longer in power, I will really run after them if they insist with their stupidities.)

(Even with the AFP, I am just preempting it, don’t get involved in political matters. This is all for politics, they are just using you. To those who will allow themselves to be used, those lawyers speaking out there, I will really run after you. I will put my efforts in making it happen.)

Trillanes again warned the members of the AFP not to allow the institution to be politicized by President Rodrigo Duterte.

President Rodrigo Duterte ordered the revocation of Trillanes’ amnesty, citing the senator’s supposed failure to submit an application and failure to admit guilt. Rappler documents, however, showed Trillanes did both.

Guevarra has defended  Duterte’s order and sought an arrest warrant for the senator. He also said the DOJ will be going to another court to seek another warrant, though he believes a military arrest is faster

Fadullon and Navera are among the signatories of the “very urgent” motion for a warrant against Trillanes. The Makati Regional Trial Court Branch 148, however, did not issue a warrant for now and gave Trillanes 5 days to comment on the motion.

Andolong said the court martial has jurisdiction even if Trillanes was no longer in the military in 2007. It was National Security Adviser Hermogenes Esperon, then chief of staff of the AFP, who signed the certification that said Trillanes had resigned and gave him his last pay. (READ: Military can arrest Trillanes even without warrant – DND)

As for Calida, Trillanes said on Wednesday that he would continue exposing the corrupt acts of the Solicitor General. It was Calida who led the review of Trillanes’ amnesty documents, following the senator’s push for a Senate investigation into his multi-million security contracts with the government. – Rappler.com