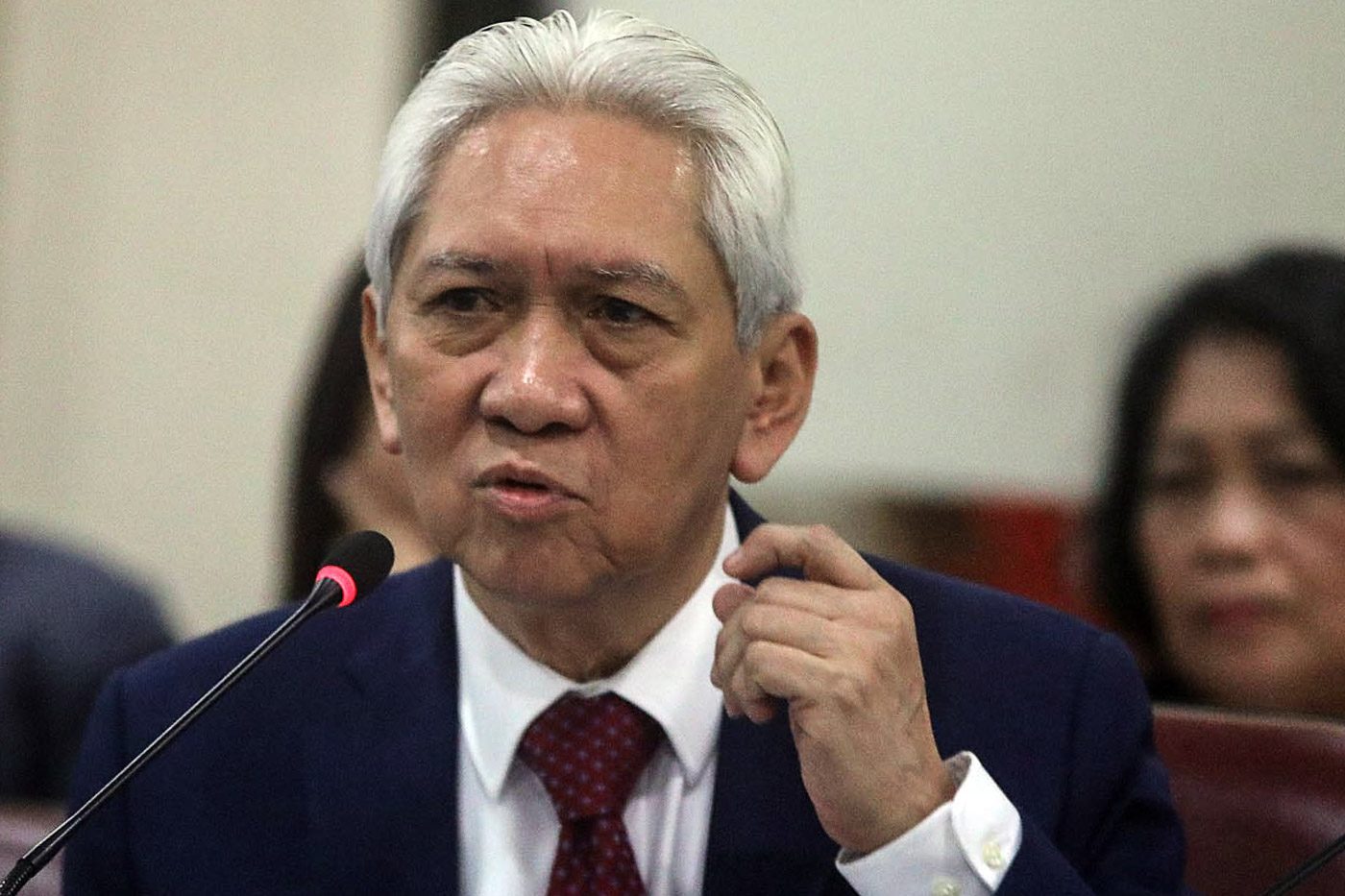 MANILA, Philippines – Public officials charged of corruption have one less worry. Ombudsman Samuel Martires will no longer seek their suspension when they are charged criminally before the anti-graft court Sandiganbayan.

In a memorandum dated August 29, 2018, Martires ordered his prosecutors to no longer file motions to suspend.

“All motions for suspension pendente lite which have been filed before the issuance of this Memorandum but which remain unresolved by the trial courts are ordered withdrawn,” Martires said.

Details of Martires’ memorandum were quoted in a manifestation that the Ombudsman prosecutors submitted to the Sandiganbayan Second Division for the graft case of Senator Gringo Honasan II.

The prosecutors, then under Ombudsman Conchita Carpio Morales, requested the court to preventively suspend Honasan, charged over a P30-million pork barrel scam. Now, they are withdrawing that motion against Honasan, as they will with all other criminal cases.

The Office of the Ombudsman, however, makes it clear to the Sandiganbayan that “it is not turning its back away from the mandatory character of preventive suspension.”

The rationale behind preventive suspensions is so that the official cannot unduly influence possible witnesses or destroy or compromise evidence.

The Office of the Ombudsman said it recognizes that the Sandiganbayan can decide motu proprio, or on its own, to suspend the officials.

“[We] fully concede with and respect the full authority and sound wisdom of this Honorable Court to order the preventive suspension motu proprio of herein accused pending litigation,” the prosecutors said.

Martires’ new policy in criminal cases has basis in a Supreme Court decision, which says “solely the court in which the criminal case has been filed shall wield the power of suspension.”

Sandiganbayan Presiding Justice Amparo Cabotaje Tang agrees, saying there’s no need for a motion from the Ombudsman to suspend officials: “All that the law requires is that there is a valid Information and that a pre-suspension hearing is conducted to afford the accused and opportunity to be heard thereon.”

Does this mean that public officials facing corruption cases can no longer be suspended? Not really.

A corruption case can either be criminal or administrative in nature. Martires’ memorandum only covers the criminal cases.

For administrative cases – such as dishonesty, grave misconduct, or neglect of duty – the Ombudsman can suspend officials, even fire them, on his or her own.

Martires also earlier announced that he would order the termination of all fact-finding investigations that are not completed in a year.

Martires has also restricted media access to decisions of the Office of the Ombudsman. – Rappler.com