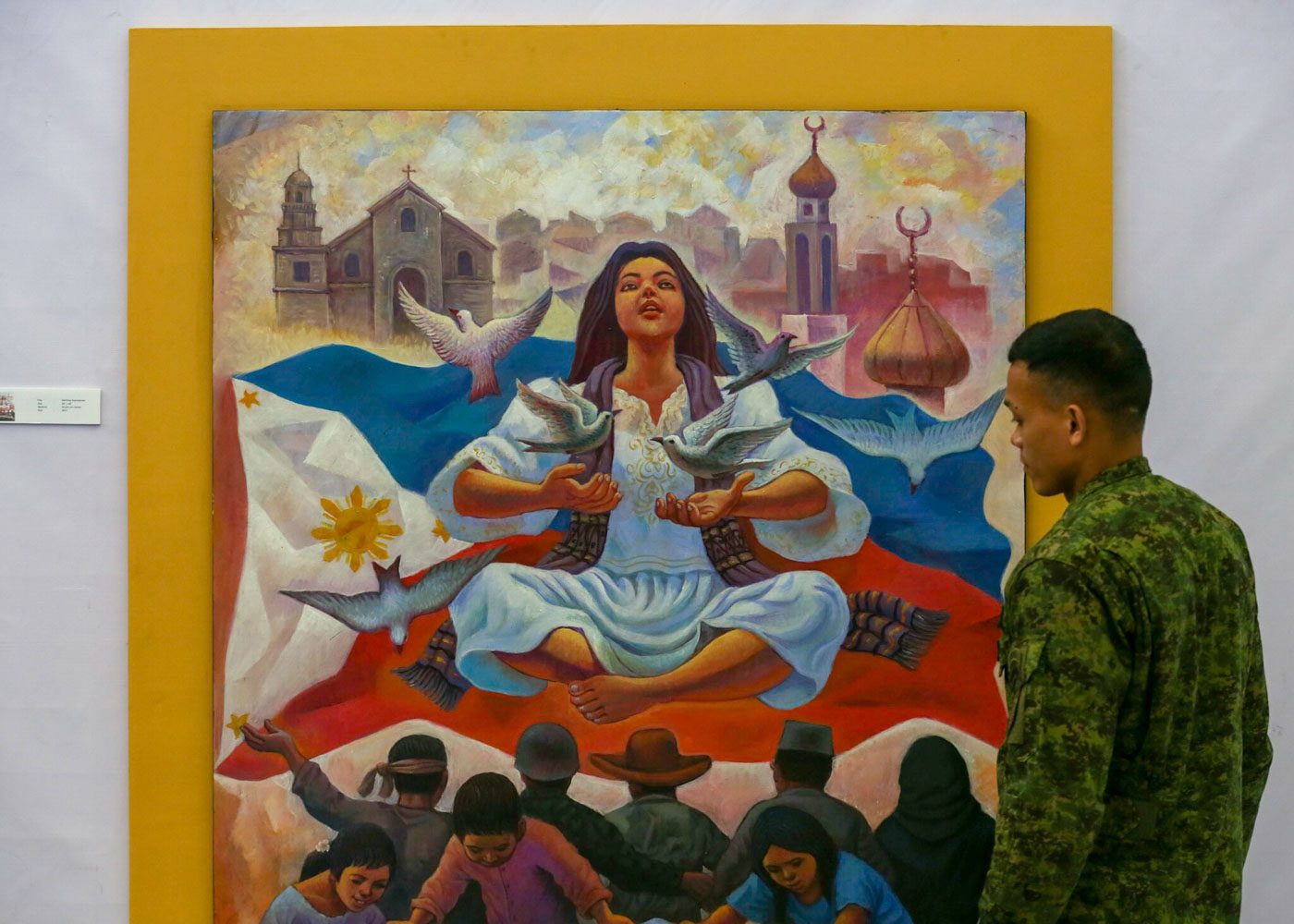 MANILA, Philippines – The Department of the Interior and Local Government (DILG) is set to conduct an anti-violent extremism training for 681 barangays nationwide.

DILG Assistant Secretary Manuel Felix said on Saturday, September 8, that the program is a “pilot training” for the barangays which he said are either already “conflict affected” or at “high risk” of having a conflict erupt.

Felix made the announcement during a speech at a workshop on countering violent extremism organized by the Friedrich Ebert Foundation. He said that if all goes well, the training would be expanded nationwide.

What is violent extremism? Even the DILG, Felix said, is having a difficult time defining what violent extremism is, recognizing that the term is usually associated with just extremist Islamist groups.

Violent extremism is defined by the United States Agency for International Development as “advocating, engaging in, preparing, or otherwise supporting ideologically motivated or justified violence to further social, economic, or political objectives.”

A common example throughout Saturday’s workshop on violent extremism is the Marawi siege, which was organized by the Islamic State-inspired Maute Group.

DILG Asec for Peace and Order Manuel Felix speaks now. He retired from the PNP just in December 2017.

Felix is the first police general to enter Marawi when the siege erupted in May 2017. @rapplerdotcom pic.twitter.com/QMGtEzSlSj

What is the module about? Felix did not expound on the contents of the training seminar, but in the speech which was initially prepared for DILG chief-in-charge Eduardo Año, Felix painted a picture of the ideal scenario to combat violent extremism.

“Preventing and countering violent extremism does not primarily call for a military or police response. It is good governance which is responsive, participatory, accountable, transparent, socially equitable that we have sustained peace and development,” said Felix, a retired police general.

In this “governance paradigm,” Felix said the government is not the “sole actor” but is assisted by civil society organizations and even businesses in maintaining peace.

Why does this matter? The last violent extremist-related crisis that hit the Philippines is the Marawi siege, and a year later, the country is still reeling from the battle.

Around 168 government troops and 47 civilians were killed from the incident. Thousands remain displaced, and the government is expected to spend billions to rehabilitate the once bustling Islamic city. (READ: Marawi rehab ‘on track’ despite search for new developer)

For the DILG, another crisis could only be averted with the participation of the government, down to the local level.

“Our goal is to have an unequivocal agreement on the solution to prevent violent extremism that is not all or most a military or police solution, but that of good governance – a government that provides basic needs like quality education and livelihood opportunities among others, a government that is accountable to its sovereign people,” Felix added. – Rappler.com