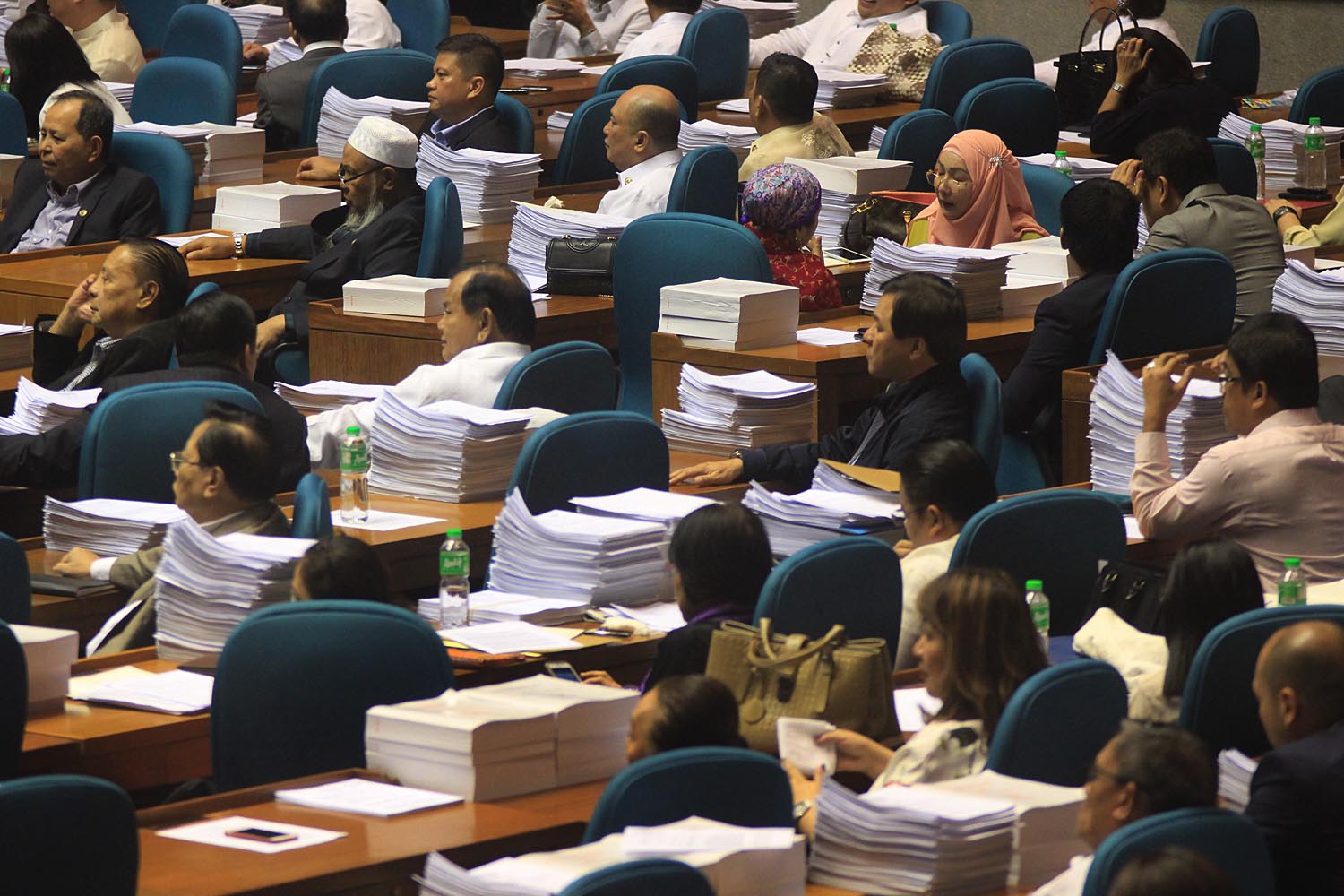 MANILA, Philippines (UPDATED) – The second batch of tax reforms being proposed by the administration of President Rodrigo Duterte hurdled the House of Representatives.

Lawmakers voted 187-14-3 to approve House Bill (HB) No. 8083 or the Tax Reform for Attracting Better and Higher Quality Opportunities (Trabaho) bill on 3rd and final reading on Monday, September 10.

Legislators gave their final nod to the bill just 6 days after they approved it on 2nd reading on September 4.

What are the main provisions? The Trabaho bill aims to gradually cut corporate income taxes starting 2021, eventually bringing down the current 30% to 20% by 2029. (READ: EXPLAINER: Why the government is pushing for 2nd TRAIN package)

But what’s the catch? Bayan Muna Representative Carlos Zarate and Gabriela Women’s Party Representative Arlene Brosas, who both opposed the bill, said it would only add to the burdens felt by Filipinos because of the Tax Reform for Acceleration and Inclusion (TRAIN) law.

(Now, we want to reduce corporate income tax, coming from the extortion brought by TRAIN 1 to ordinary citizens. Where is “progressive taxation” there? The truth is, TRAIN Package 1 and 2 as well as the supplemental TRAIN 1B are measures that would squeeze ordinary citizens dry while saving the rich from paying taxes.)

Brosas also said HB 8083’s name is deceptive, as it would not provide more jobs.

(The Trabaho bill is a big deception because it would affect thousands of jobs. It would essentially fund the removal of workers through cash grants and skills training.)

Who opposed or abstained from voting? Aside from Brosas and Zarate, the other 12 lawmakers who voted against the Trabaho bill are:

The following abstained from voting:

The Philippine Ecozones Association previously warned that the second batch of tax reforms would have a negative impact on foreign direct investments in economic zones across the country.

But Finance Undersecretary Karl Kendrick Chua said job losses would only be “very minimal.” He said that while some jobs may be cut from some sectors, employment in other sectors would experience growth due to lower corporate income taxes.

The Trabaho bill must successfully go through another 3 readings at the Senate before it can be transmitted to President Rodrigo Duterte for his signature.

Read a full copy of the Trabaho bill below: