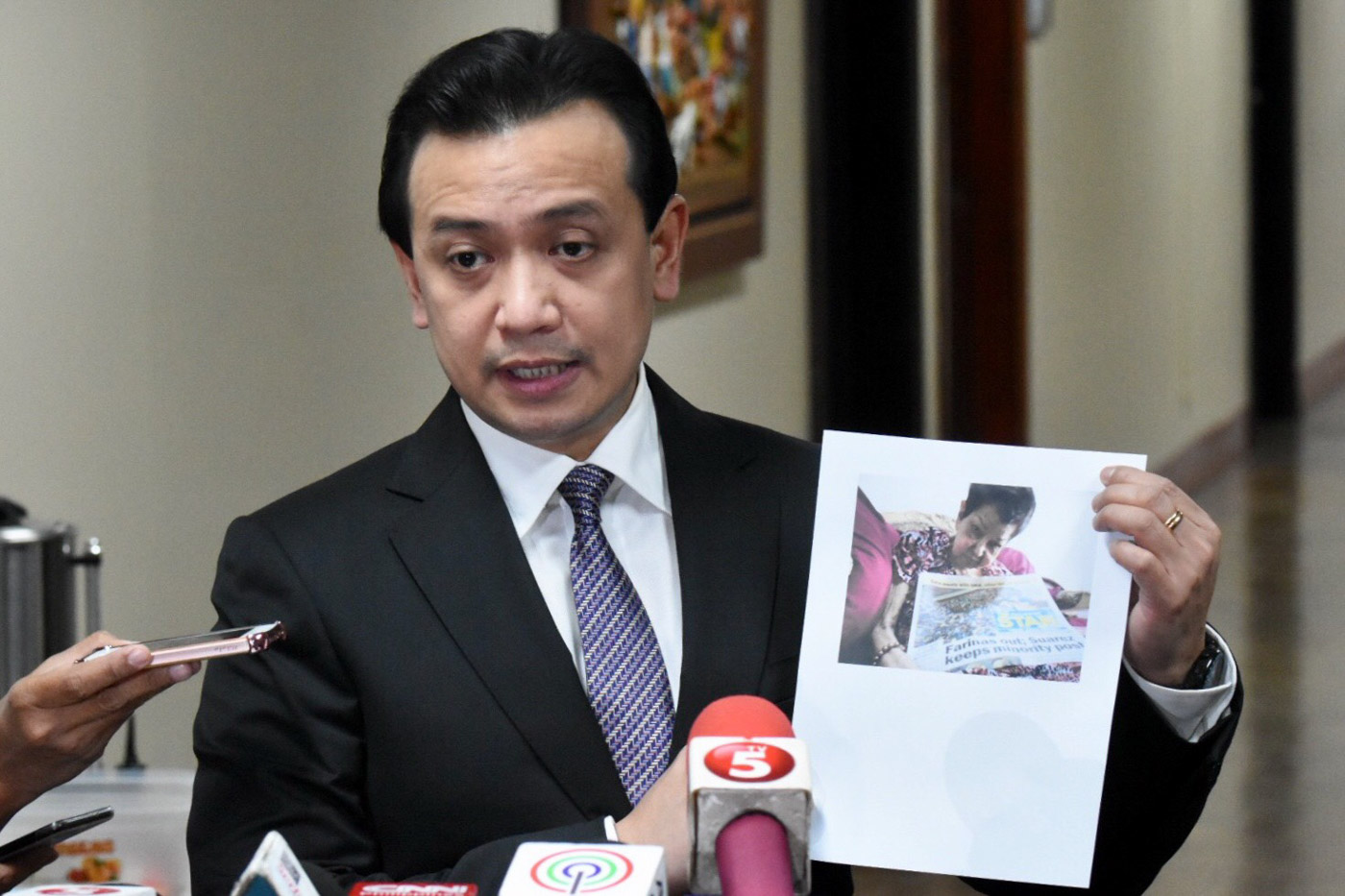 Of all three, Trillanes was evidently irked the most by the corruption allegations against his 84-year-old mother Estelita, whom he said is suffering from Advanced Parkinson’s Disease.

(The public knows how low that low was… If he has a problem with me, stick with me because I can fight for myself. But to drag my mother, that’s personal. Don’t go there, that is not the act of a real man.)

(There was no case, that’s what we need to know. There was no impropriety. If they have cases, these would surface. We were raised properly by our parents. If any of them were corrupt, chances are I am also corrupt. But the fact is I’m not. The fact that I’m standing up against a corrupt official like Duterte means we were brought up properly.)

As for his supposed “secret” houses, Trillanes just belittled it, saying it was among the cases filed and then dismissed after the 2003 Oakwood Mutiny.

He also denied Duterte’s accusation that it was because of him that the country lost Scarborough Shoal to China. Trillanes, during the Aquino administration, served as a backchannel negotiator between the 2 countries.

Duterte’s desperation? For the senator, Duterte is just “desperate.” The fact, he said, that the administration had to resort to revoking his amnesty goes to show that they have nothing against him.

(All those cases were dismissed. Duterte is in power. He has many intelligence funds. Why was there no case in that regard? The AMLC is under him. It is clear to me, I have fought against big politicians, but they weren’t able to dig something. That’s why they had to resort to this maneuvering.)

Duterte initially ordered the AFP and the Philippine National Police to arrest Trillanes despite the senator’s civilian status since 2007, 4 years before he was granted amnesty.

Trillanes failed to secure a temporary restraining order from the Supreme Court but said he is “grateful” that the SC recognized his rights and took note of the statement of Duterte and AFP ruling out a warrantless arrest.

Trillanes remains holed up in his Senate office and has been there for a week now upon the advice of lawyers and friends. His camp is still assessing whether or not he would not be arrested given the SC ruling. (LOOK: Inside Trillanes’ ‘home’ in the Senate) – Rappler.com