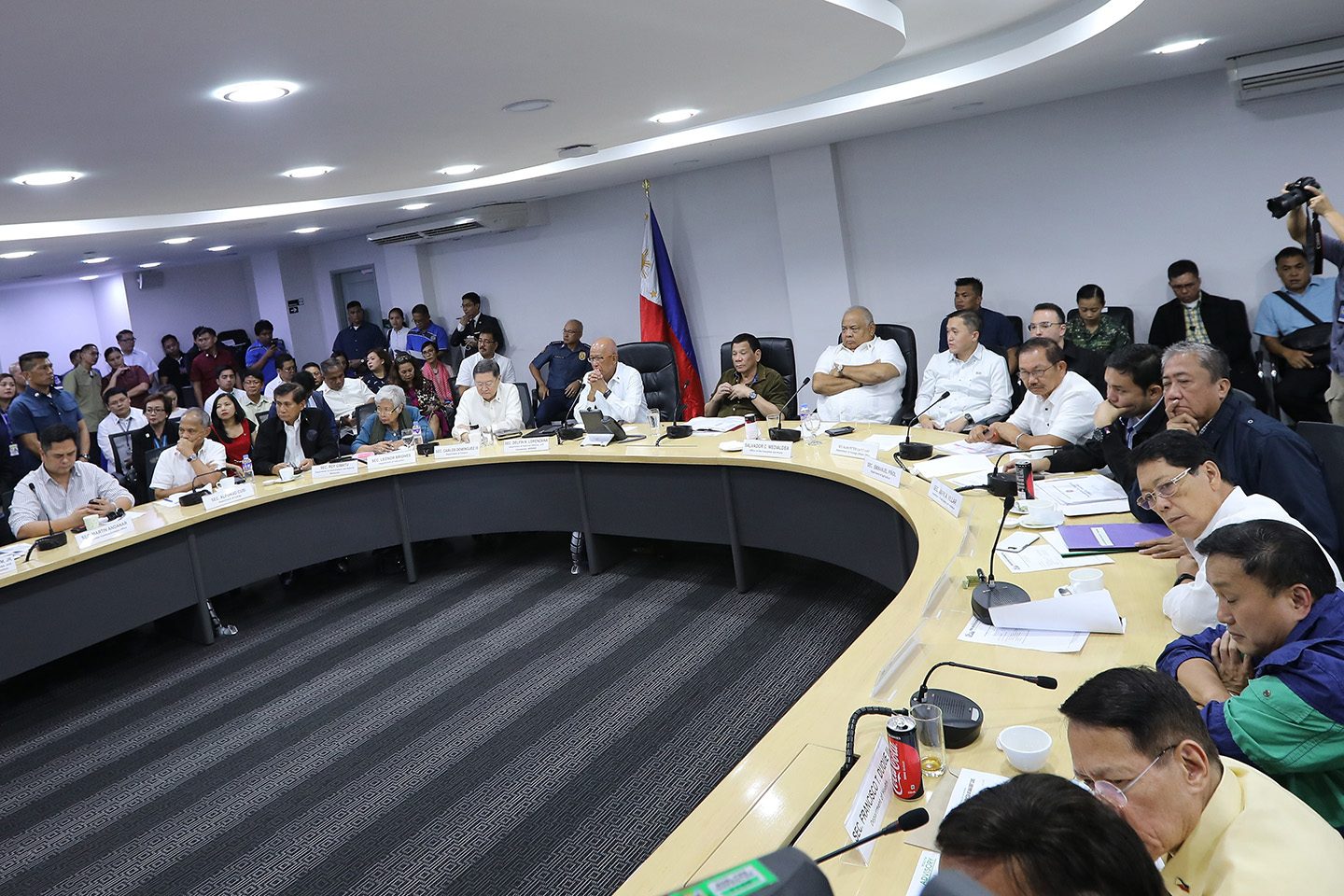 MANILA, Philippines – President Rodrigo Duterte is sending members of his Cabinet to provinces in Luzon in the path of Typhoon Ompong (Mangkhut) to ensure people feel his “presence.”

“Sabi nila (They said) I would need a face there. But I cannot be everywhere and anywhere. So tutal, taga roon man sila (So since they are from there), I told them to go there,” said Duterte on Thursday, September 13, during the command conference for the typhoon.

“I have dispatched everybody there including the Cabinet members who come from the provinces where it is expected to hit,” he also said.

Duterte made this decision after Labor Secretary Silvestre Bello III suggested to the President during the command conference that he deploy Cabinet members.

“I said I think the President should designate at least 6 Cabinet members in the calamity-affected areas. Your presence must be felt there,” Bello had said.

Duterte said he would specifically send Cabinet members who hail from Luzon provinces so they would “be at home” in doing their assignment.

Bello is from Isabela while Transportation Secretary Arthur Tugade is from Cagayan, the two provinces where Ompong could make landfall on Saturday, September 15.

“The most accurate way to find out what happened is for Tugade to go home there now and watch their own province,” said Duterte.

The President assigned his political affairs adviser Francis Tolentino to stay on top of the government’s mobilization for Ompong on his behalf.

(You be my conduit so that I just have to talk to one person to have the whole gamut of information. You represent the Office of the President. I’ll be cut off.)

This is not the first time Duterte has given Tolentino such a crucial job. Last January, Tolentino was also assigned coordinator on the President’s behalf for national government efforts for Mayon evacuees.

A source has said Tolentino is being eyed for another Cabinet post. – Rappler.com