No warrant again, Trillanes can rest easy this weekend 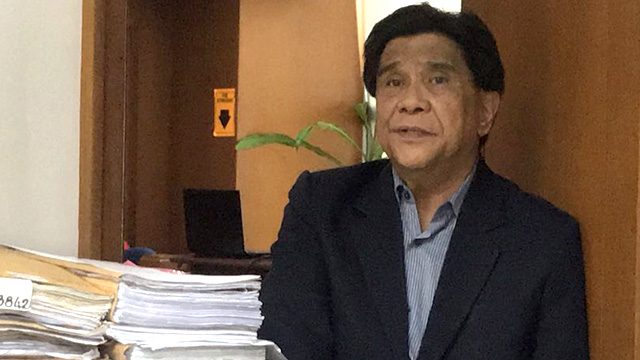 Facebook Twitter Copy URL
Copied
(UPDATED) Trillanes, however, still believes there is a standing order from the President to arrest him without a warrant

The Makati Regional Trial Court (RTC) Branch 150 allowed for more time to file pleadings, deferring the decision on the issuance of an arrest warrant after a hearing on Friday, September 14.

Branch 150 Judge Elmo Alameda ordered the Department of Justice (DOJ) to submit within 5 days a reply to the opposition of Trillanes. Afterwards, Trillanes is also given 5 days to file a rejoinder to the DOJ’s reply.

So as far as court-issued warrants are concerned, Trillanes can rest easy this weekend and even for a few more weeks until the two courts can decide on the request for a warrant.

On Thursday, September 13, Judge Andres Bartolome Soriano of Makati RTC Branch 148 merely ordered Trillanes to file within 10 days his own rejoinder to the newly-submitted pleading of the Department of Justice.

The Supreme Court had referred to the two Makati RTCs the motions for an arrest warrant, as it continues to deliberate on the main petition of nullifying Duterte’s Proclamation No. 527.

It was Judge Alameda who handled the 2007 Manila Peninsula-related rebellion charges against Trillanes. In September 2011, Alameda also dismissed the charges due to the amnesty granted to the senator by then-president Benigno Aquino III.

Critical to Alameda is the question of rebellion. Rebellion has been held by different Supreme Court decisions to be a continuing crime. In a continuing crime, “authorities may resort to warrantless arrests of persons suspected of rebellion, as provided under Section 5, Rule 113 of the Rules of Court.”

Trillanes still believes there is a standing order for the military and police to arrest him without a warrant.

He initially planned to leave the Senate and go home on Thursday but changed his mind, citing intel information. – Rappler.com