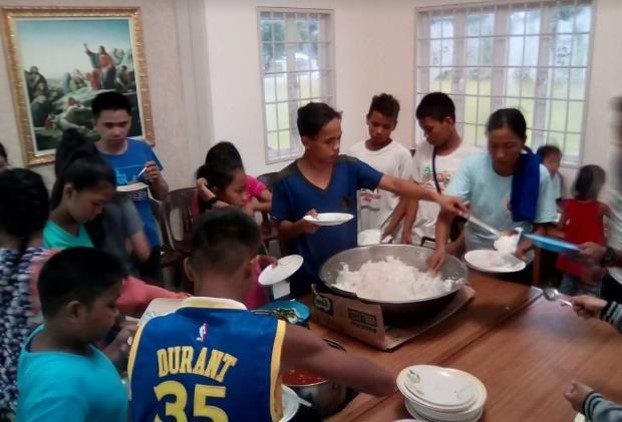 MANILA, Philippines – The Church of Jesus Christ of Latter-day Saints, better known as the Mormon Church, is sheltering Filipinos affected by Typhoon Ompong (Mangkhut) in many of its church buildings across the Philippines, the church said Saturday, September 15.

“Many Church buildings in the path of the typhoon are already being used to shelter members and others, and the Church is working with local vendors to secure food, water, and other basic supplies,” the Mormon Church said in a statement on its Facebook page Saturday morning.

Their missionaries in affected areas “are all safe and accounted for, and are being moved to outlying areas,” the Mormon Church said.

“The Church is monitoring the situation and local personnel are on standby to coordinate relief efforts as needed. We pray for the safety and wellbeing of the people of the Philippines and those in the surrounding region,” the Mormon Church added.

Ompong made landfall in Baggao, Cagayan, at 1:40 am on Friday. The typhoon forced thousands to evacuate as disaster officials earlier estimated at least 5.2 million people were in Ompong’s path. (READ: Typhoon Ompong heads for Ilocos Norte)