Macau shuts down casinos for first time as Mangkhut approaches 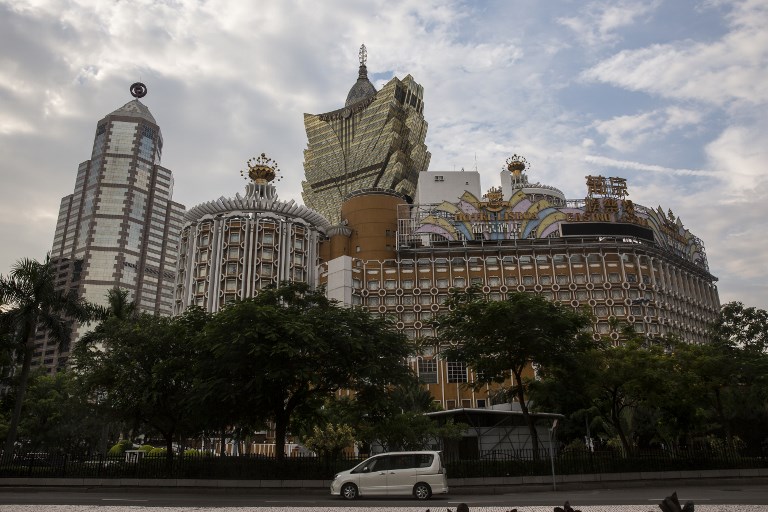 HONG KONG – Macau shut down all its casinos in a historic first as Typhoon Mangkhut approached on Sunday, September 16, with authorities warning the gambling enclave would be hit by severe flooding.

The Macau government was heavily criticized by residents last year for failing to prepare the city ahead of Typhoon Hato, which left widespread damage and 12 people dead.

A statement from authorities late Saturday said the decision to shut Macau’s 42 casinos was approved by the city leader and agreed by gaming bosses.

“The suspension of gaming operations is for the safety of casino employees, visitors to the city and residents,” the government statement said.

Casino staff told Agence France-Presse that venues would be shut until further notice as the city raised its second highest storm warning.

Macau’s weather bureau said the storm warning would be raised to the highest T10 level later Sunday with the worst rain and winds expected around midday local time (0400 GMT or 12 pm Philippine time).

Shops and businesses were boarded up and protected by sandbags across the city and its streets, usually crowded with tourists, were deserted.

Macau, a semi-autonomous southern Chinese city, had to turn to troops from mainland China’s People’s Liberation Army stationed in the enclave to help with the massive clear-up after Hato.

The city’s weather chief resigned after the storm, which was the worst to hit Macau in over 50 years, and the government was forced to apologize for failing to prepare sufficiently in advance. – Rappler.com