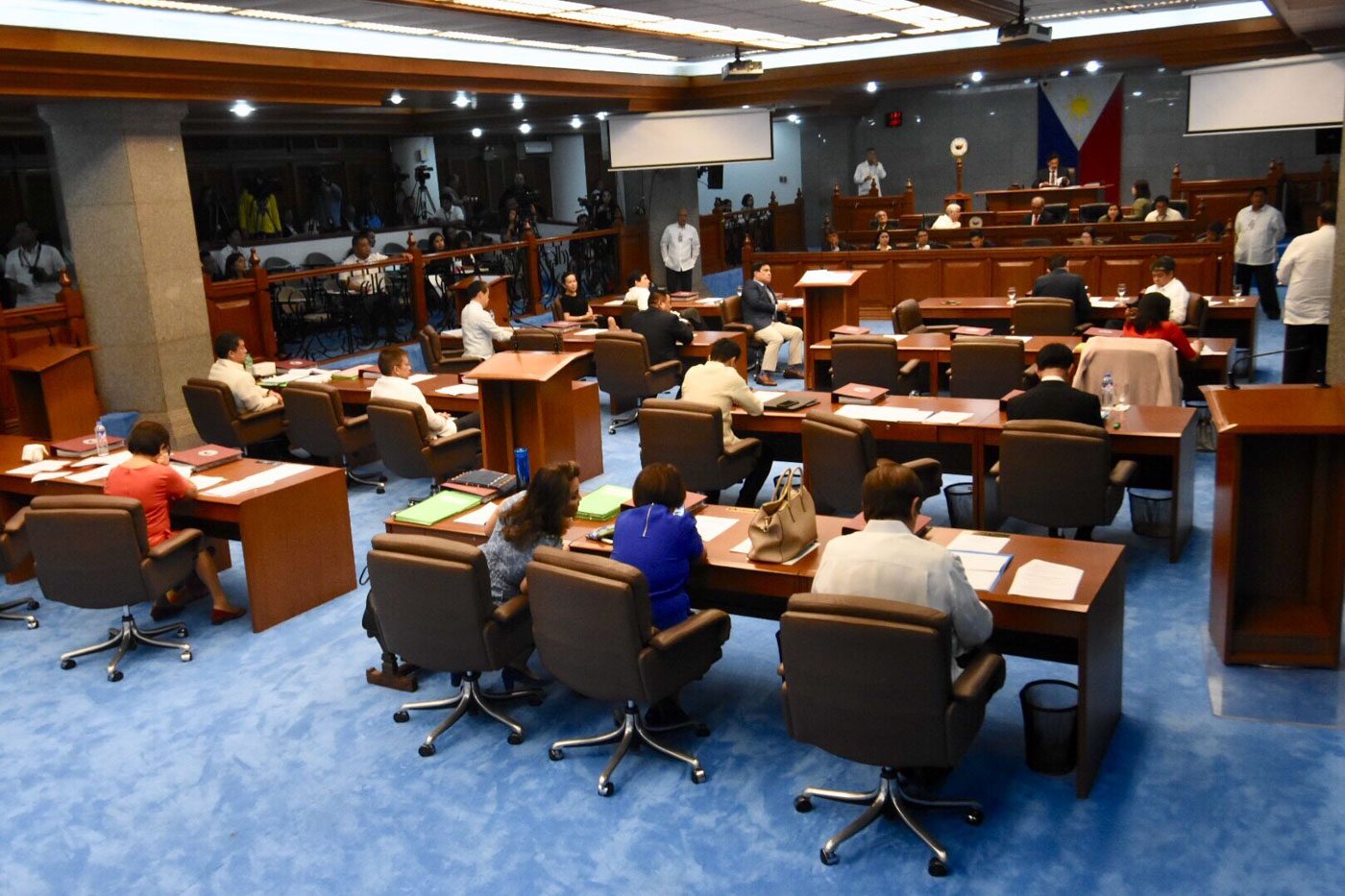 MANILA, Philippines – Senators on Wednesday, September 19, vowed to scrutinize the 2019 budget, including the realignment of P51.792 billion by the House of Representatives.

Senate Minority Leader Franklin Drilon and Senator Panfilo Lacson said administration and opposition senators are “united” in making sure the 2019 budget is transparent. Drilon and Lacson said the Senate would not hesitate to delete projects and realign funds to agencies that need higher allocations for social services.

“Yes, I think the whole Senate is unanimous on this. We will cross party lines in order to make sure that the budget is transparent and is consistent with the priorities as laid out in the economic plans…. What we can assure our people is that talagang iisa-isahin natin ito at titingnan natin. Hindi naman maitatago ito (we will really scrutinize this. This cannot be concealed),” Drilon told reporters in an interview.

(If there were no studies made or if there were no basis, the amount should be slashed and realigned to other items, like to those agencies that need it. I heard the pronouncements of my colleagues. It seems we will all help to check the viability and feasibility of these new projects that were given funds from the P51.792 billion.)

Lacson said he and his staff would continue scrutinizing the budget to find other insertions.

Drilon said there is a danger in retaining the P51-billion realignment, adding it is also prone to corruption.

“Tingnan natin kung ito ba’y talagang kailangan o ito’y proyekto na hindi naman priority, at kung saan nanggaling ‘yung mga pondo para diyan (We will check if this is really needed or these are projects that are not a priority, and where the funds came from). It’s a question now of whether it’s a correct prioritization of projects for which public funds will be allocated,” Drilon said, as he reiterated his opposition the P9-billion budget cut of the Department of Health.

Meanwhile, Lacson “thanked” their House counterparts for making it easier for senators to find pork barrel insertions in the budget after lawmakers fought over it on Tuesday, September 18.

“First of all, we are very grateful to the lawmakers who almost engaged in a fistfight because they made our jobs easier. Instead of us bearing the burden of looking for where the supposed pork is lodged, they already exposed it,” Lacson said in Filipino.

“It’s clear why they are fighting over pork barrel. They’re not going to engage in a fistfight for the country. Let’s face it. There is a fight because of the commission. If you talk to contractors, and I’ve talked to them, the rate is 10%. They say 10% goes to the lawmakers. But they are still shelling out money for the agencies. So it’s still the same, give or take we waste 20% because of corruption and pork barrel,” he added.

The sudden realignment is problematic, Lacson also said, as there might have been no studies or consultations conducted.

(If there were no studies, then the congressmen who were the proponents of the realignments committed grave abuse of discretion. For instance, how did they come up with the P5 billion for farm-to-market roads? Where will those farm-to-market roads be? Did the DA study those?)

Lawmakers on Tuesday agreed to realign to other government agencies a total of P51.792 billion originally earmarked for various infrastructure projects under the proposed P555.7-billion budget of the Department of Public Works and Highways.

House Majority Leader Rolando Andaya also moved to convene the committee of the whole that took from the committee on appropriations, headed by Representative Karlo Nograles, the jurisdiction over the proposed 2019 budget.

Andaya said the House leadership discovered around P50 billion worth of “misplaced” funds distributed in several districts, with some lawmakers reportedly getting shares for their districts ranging from P1 billion to more than P4 billion.

Nograles denied any such insertion was made, saying he is ready to defend at the plenary the 2019 budget being proposed by President Rodrigo Duterte’s government. (READ: Makabayan on ‘pork barrel’: Lawmakers fighting over people’s money) – Rappler.com