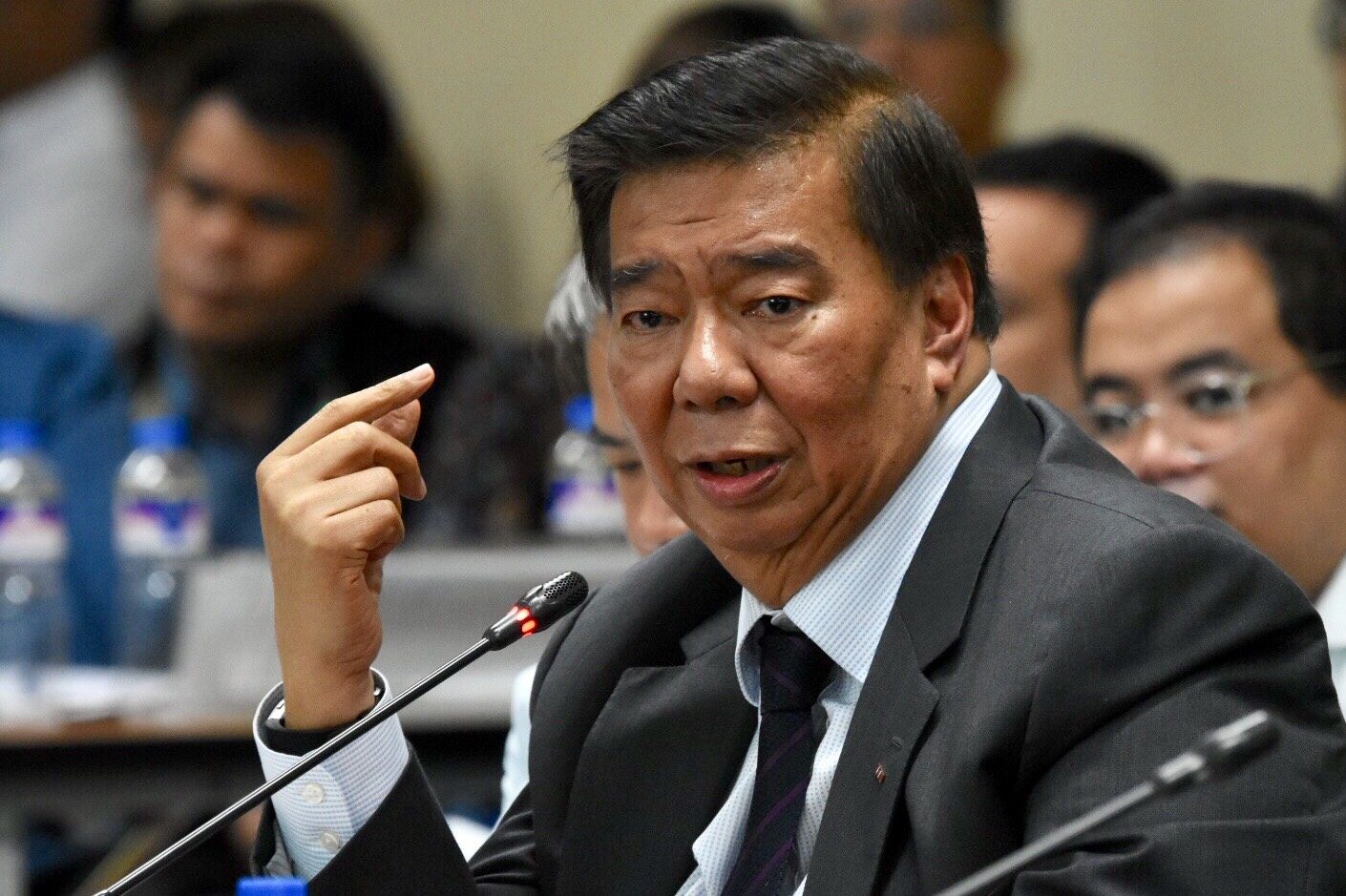 MANILA, Philippines – Senate Minority Leader Franklin Drilon questioned the “official number” of foreigners working in the Philippines, based on Department of Labor and Employment (DOLE) data.

During the budget deliberations for DOLE on Wednesday, September 19, Labor Secretary Silvestre Bello III said 40,000 foreigners – 25,000 of them Chinese – were given alien employment permits (AEPs) in the last 18 months.

But Drilon said there must be more.

“I do not believe that there are only 40,000 [with AEPs]…. Industry people tell me that in Metro Manila alone, there are 400,000 [foreign workers],” the Senate minority leader said.

Drilon added that some 100,000 foreigners are employed at Entertainment City in Pasay City – a preferred location among gaming companies.

But Bello maintained that the 40,000 figure is “accurate.” He instead suggested that the rest might not have valid AEPs.

“I stand by the figure of my director. That’s 40,000. [Other] foreigners working might not have valid alien permits,” the labor chief said.

Under the law, work permits can only be issued to foreigners if no Filipinos are able and willing to do the job the foreigner is applying for.

An AEP is a requirement for applying for a work visa in the Philippines, but economic zones can also issue a worker’s visa which is equivalent to an AEP.

Offshore gaming companies operate via internet using a network and software to be offered exclusively to offshore authorized players who have registered and established an online gaming account.

Drilon said allowing foreigners to work for POGOs deprives Filipinos of the opportunity to be employed by these firms.

“We subject ourselves as the best source of business process outsourcing in the entire world. And yet, we are saying that we do not welcome the skills to do [offshore gaming]? I don’t accept that,” he said.

Senate finance committee vice chairman Sonny Angara speculated that the operators hire Chinese workers as the online gaming players are from China, and speaking Cantonese or Mandarin “is a skill not possessed by Filipinos.”

But Senator Joel Villanueva pointed out that DOLE should still be on top of issuing AEPs. He said this was a “lesson” from the controversy involving tycoon Jack Lam, who hired over 1,000 Chinese illegally working in the Philippines in 2016.

“We need to look at these POGOs. In Clark, there were only 235 with valid AEPs and yet 1,173 foreigners were arrested [in 2016]. So that’s the ratio. I’m telling you, I’m very sure. There [are] more than this in POGOs,” Villanueva warned.

There are a total of 55 POGOs with a license to operate in the Philippines, as of June 2018. – Rappler.com