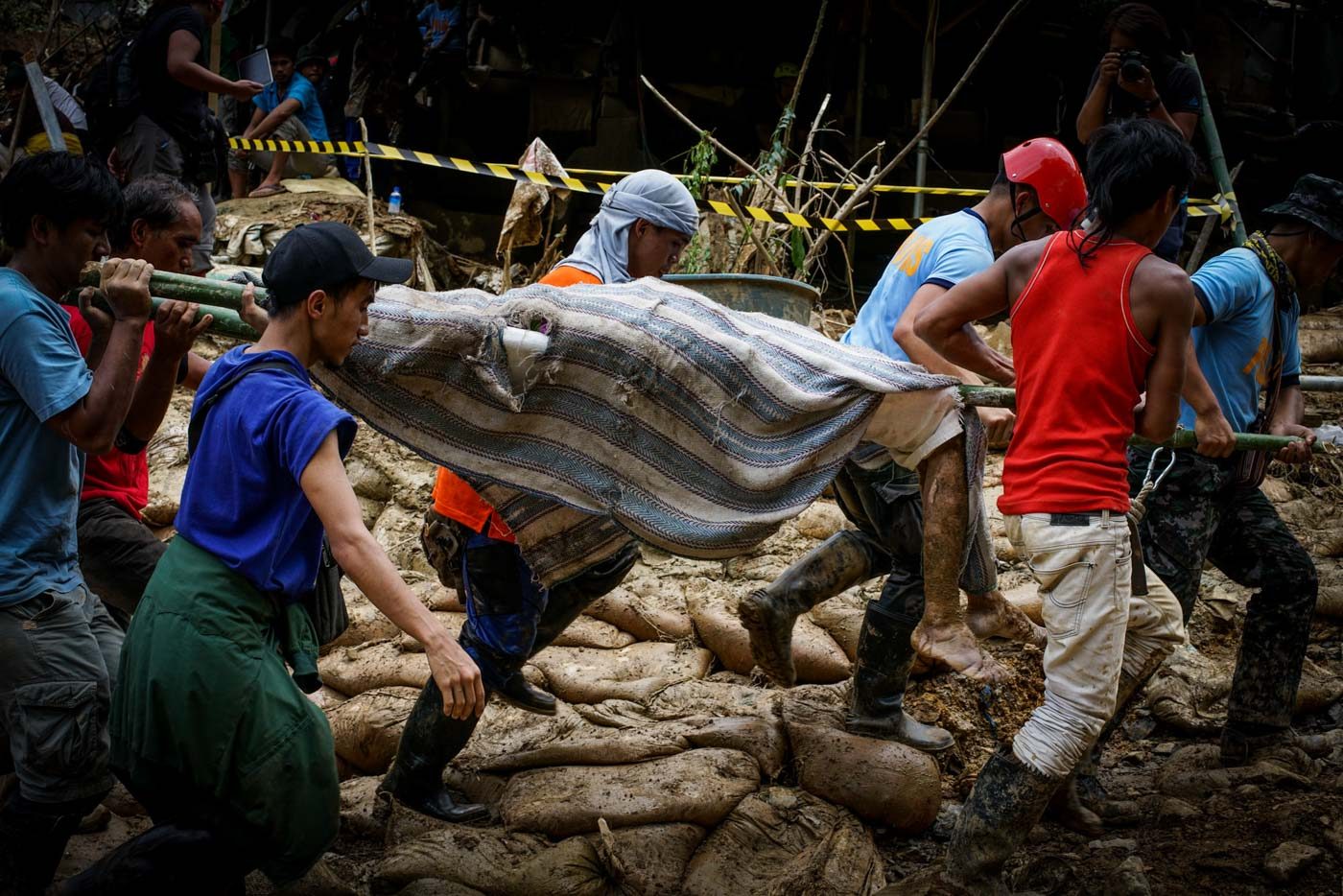 Facebook Twitter Copy URL
Copied
Environment Secretary Roy Cimatu says tracking accountability over the incident was 'very unique,' as land that fell on the mining site was from private land

MANILA, Philippines – Officials of the Department of Environment and Natural Resources (DENR) insisted that the landslide in Itogon, Benguet, which has so far claimed 46 lives of the last count, was not caused by mining activities.

(The landslide was not caused by mining because there were no mining operations where the debris materials came from.)

Apil elaborated that the area was marked as very hazardous due to fractured rocks and steep slopes.

She also pointed out that rainfall in the area during Typhoon Ompong (Mangkhut) was at 970 millimeters for 12 hours, while average rainfall for September was only 570 millimeters.

(With or without the mining, landslides will happen there. The landslide happened not because of mining, but due to the texture of the soil and the slope, it was very steep.)

However, Antiporda clarified that the deaths were still a matter of mining, as people lived in the area for extracting minerals.

“I cannot say that the erosion is caused by some operation of mining, but it was truly caused by the heavily saturated soil. It was force majeure, because it was heavy rains that occurred for almost two months that caused the soil to be heavily saturated and caused it also to collapse.”

As of press time, 46 have been confirmed dead and 60 more are missing in the Itogon.

Environment Secretary Roy Cimatu insisted that they “did their part” and warned the local government of the dangers of living in the area.

The land above the scene of the tragedy is owned by Benguet Corp. (BC) which had no mining activity.

However, BC was being accused of encouraging small-scale mining operations in Itogon.

Miners were operating illegally in an area where extracting activities have been suspended since 1990.

The company has denied the allegations.

Cimatu already instructed MGB personnel to investigate whether Benguet Corp. or the local government had responsibility over the incident.

Despite the agency’s claims that the incident was not caused by mining activities, the DENR has already ordered the review of all minahang bayan applications and suspended small-scale mining in Benguet. – Rappler.com