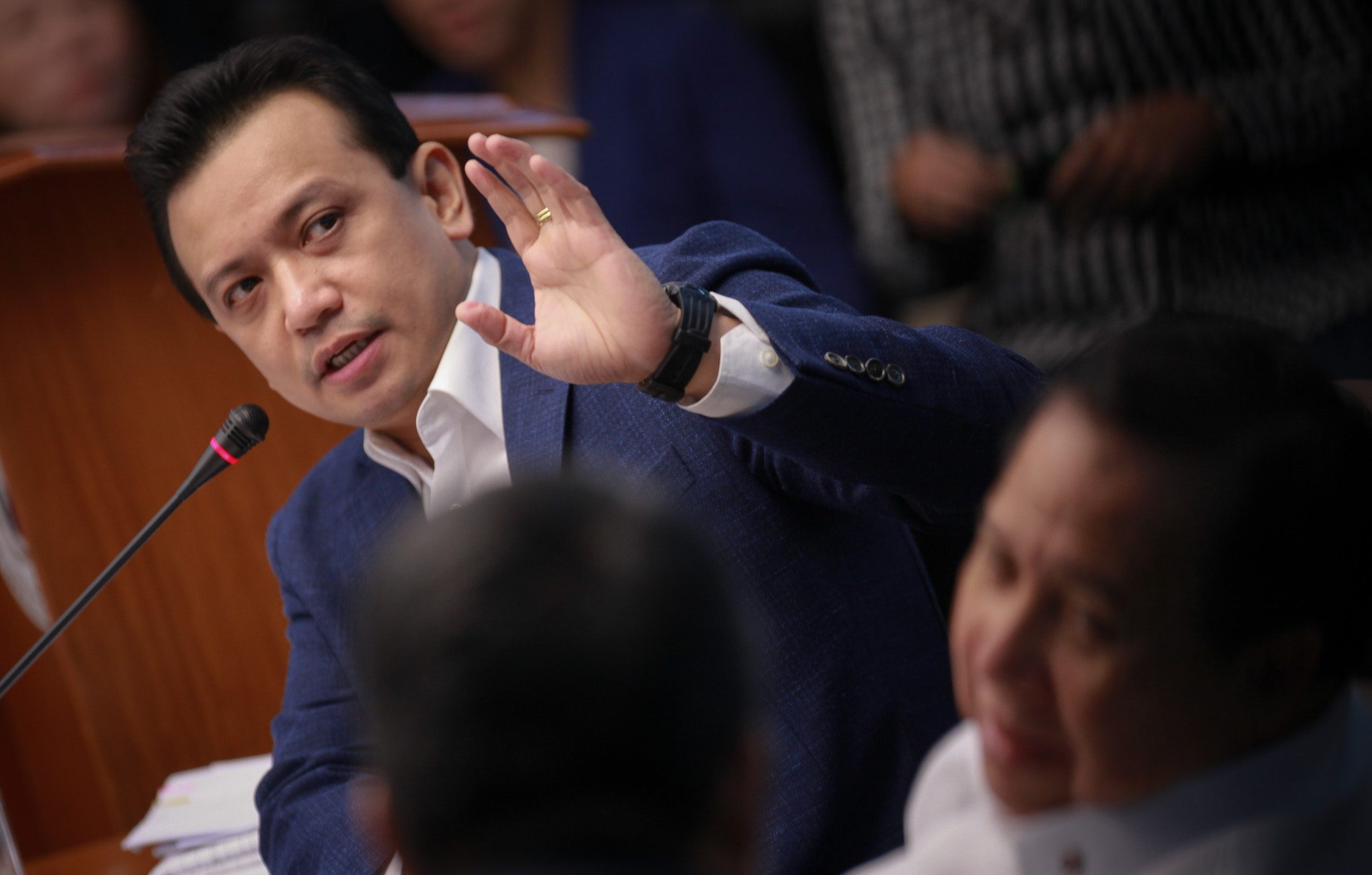 This comes less than two weeks after he and his brother-in-law, Manases Carpio, filed separate libel complaints against the senator, a fierce critic of his father, President Rodrigo Duterte.

The new libel complaint accuses Trillanes of committing libel during two phone patch interviews – one with CNN Philippines’ Pinky Webb on June 14 and one with radio station DZMM on June 6.

In both interviews, Trillanes repeated his allegation that the younger Duterte is linked to the smuggling of P6.4 billion worth of shabu from China.

Over DZMM, Trillanes accused the former Davao City vice mayor of bringing in illegal drugs and of being connected with the principal actors of the shabu shipment.

In the CNN Philippines interview, the opposition lawmaker said Paolo Duterte was behind “Davao Group operations” that had smuggled in the contraband. Trillanes was citing the testimony of customs broker Mark Taguba in a Senate hearing. Taguba later on took back his statement, but Trillanes claimed Taguba had been “pressured” to do so.

Duterte’s first libel complaint against Trillanes referred to a September 2017 interview where the senator accused him and Carpio of conniving with Land Transportation Franchising and Regulatory Board regional official Ahmed Cuison to demand a “percentage” or cut of the money before the approval of an Uber franchise.

The complaint was filed 3 days after the release of the President’s Proclamation No. 572 that seeks to void Trillanes’ amnesty.

The senator has slammed these libel complaints as “harassment.” – Rappler.com