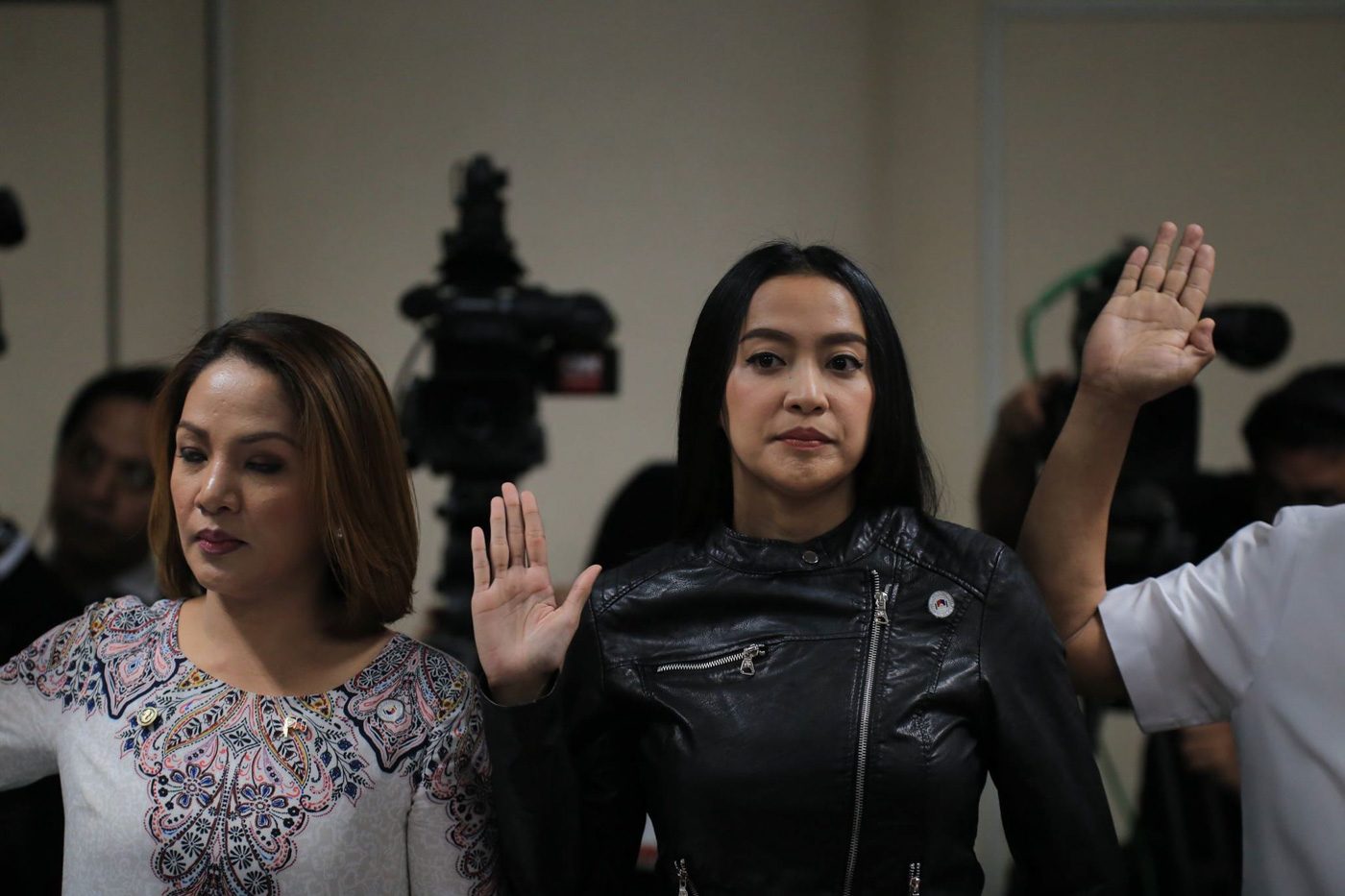 MANILA, Philippines (UPDATED) – The Commission on Human Rights (CHR) said on Wednesday, September 19, that it will investigate what it called the “utterly appalling and unacceptable” actions of Communications Assistant Secretary Mocha Uson and blogger Drew Olivar in a video mocking the deaf community.

In a statement, CHR said the actions of the two are “extremely degrading, derogatory, and further perpetuates discrimination of the vulnerable deaf people.”

The commission said it is investigating Uson and Olivar as part of its mandate in protecting the country’s vulnerable sector after it received a complaint from the Philippine Federation of the Deaf, which had demanded punishment for the government official and the blogger.

What the two did could be a violation of the Magna Carta for Persons With Disabilities (PWDs), the CHR said.

The findings of its investigations are expected to be forwarded to appropriate agencies, such as the Office of the Ombudsman, as the commission has no power to prosecute.

“In the interest of accountability, it must also be emphasized that the Magna Carta for PWDs specifically prohibits public ridicule or making mockery of PWDs for this could result in loss of self-esteem or could incite hatred or severe ridicule towards them,” CHR said.

“The penalty for such violation includes fine or imprisonment,” it added.

A video was posted last week on Facebook showing Olivar mimicking sign language in addition to  making sounds as if imitating the deaf while Uson could be heard laughing in the background.

Sign language, the CHR reminded, is an important right enabling deaf individuals to “express themselves, their ideals, and aspirations.”

“It is a fundamental human right of the deaf community and a key part of their higher right to self-determination,” the CHR said.

“Making a mockery of this right is an attack on their dignity and makes them even more vulnerable in our society where only a few understand their mode of communication,” it added.

On September 17, the Philippine Federation of the Deaf issued a statement condemning Uson and Olivar for the video.

“The Philippine Federation of the Deaf and its 55 member organizations from the different regions of the Philippines were deeply offended by the disrespectful treatment towards us the way they impulsively mimicked our Filipino Sign Language,” the group said.

It reminded the government of its duty to “respect, protect and fulfill its obligations” to persons with disabilities, as provided in the United Nations Convention on the Rights of Persons with Disabilities (UNCRPD).

“We strongly demand that they must be punished accordingly,” the group added.

The De La Salle-College of Saint Benilde (DLS-CSB) had also urged the government to “take action” against Uson and Olivar, and to consider the “removal” of the PCOO official.

This is not the first time Uson and Olivar displayed offensive behavior as a lewd federalism video posted on Facebook last August already drew criticism from various sectors. – Rappler.com