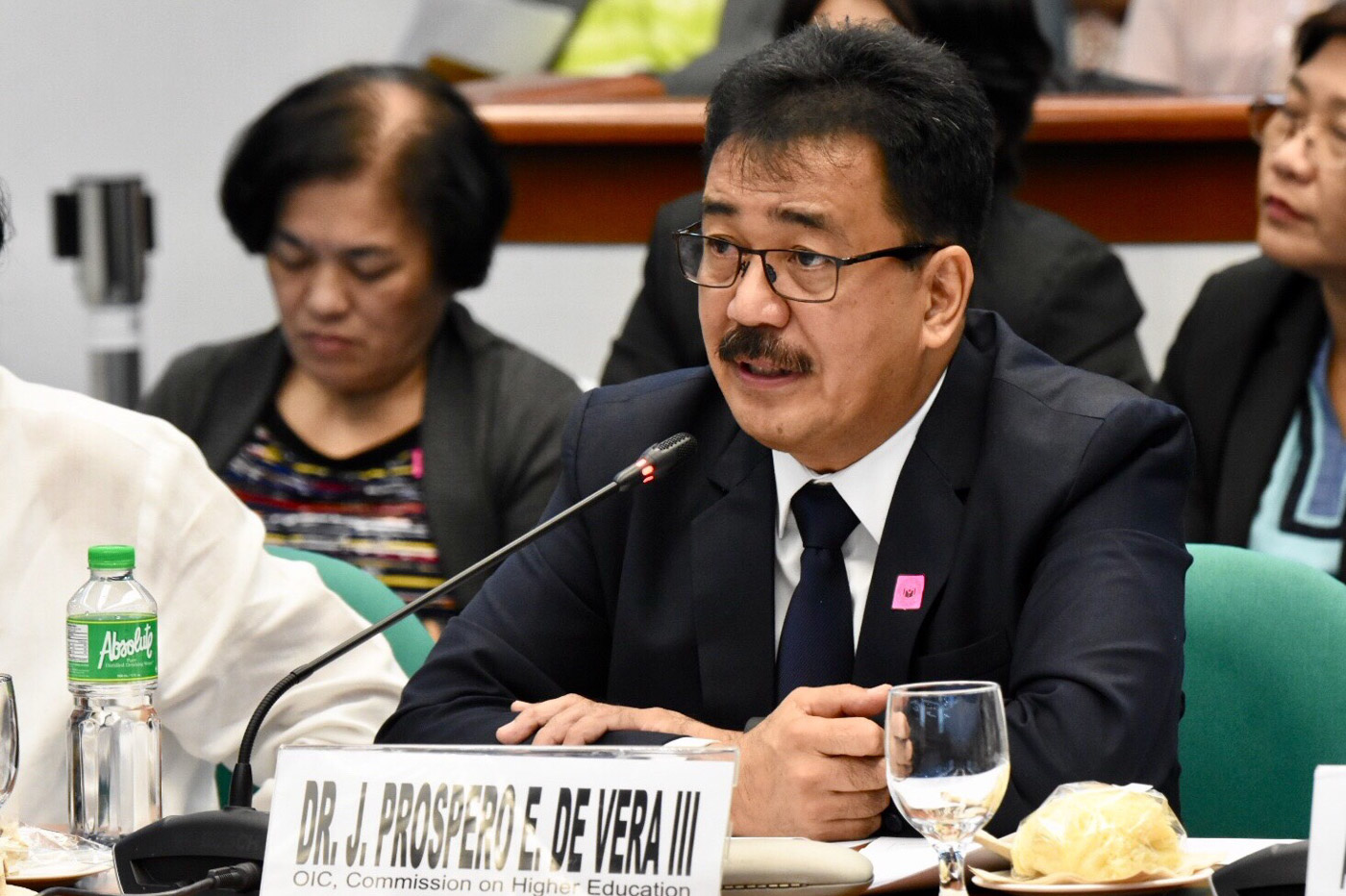 MANILA, Philippines – The Commission on Higher Education (CHED) clarified on Thursday, September 20, that state and local universities and colleges (SUCs and LUCs) are not allowed to collect mandatory fees from students.

Upon questioning by Senator Paolo Benigno Aquino IV, CHED Officer-in-Charge Prospero de Vera III said schools may only collect fees which are specific for degrees and not for everyone.

“If it covers all students, it is illegal. If it is degree-specific, they can collect it because the fiscal burden on government is going to increase very high [if they don’t],” De Vera said during CHED’s budget hearing at the Senate on Thursday.

Aquino raised the concern after students and parents complained that schools were still collecting mandatory fees despite the implementation of the free higher education law.

Under the Universal Access to Quality Tertiary Education Act, students enrolled in the 112 SUCs and 78 LUCs are entitled to free tuition, miscellaneous fees, and other school fees, including the following: