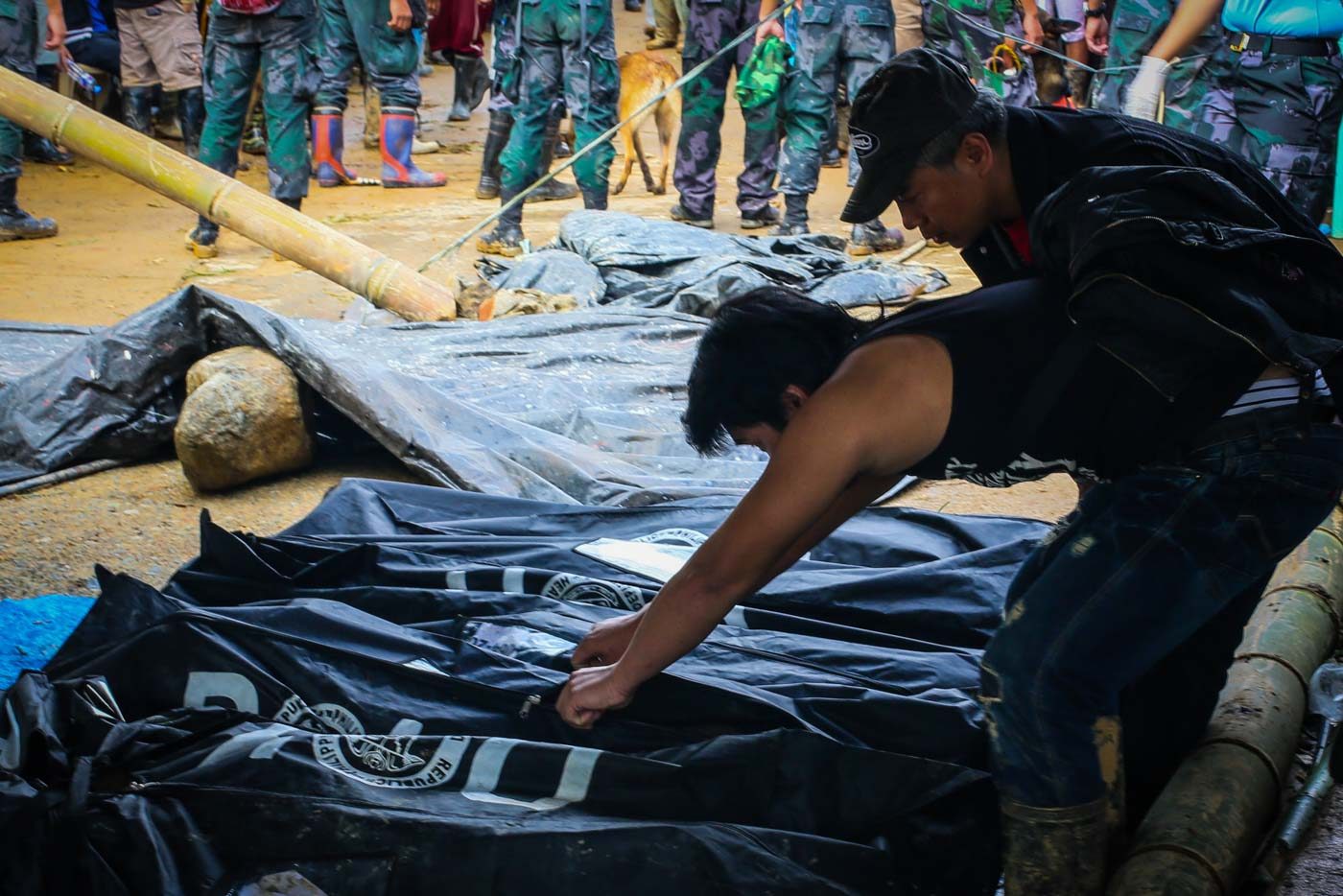 Facebook Twitter Copy URL
Copied
As the search goes on for landslide victims, the number of deaths continues to rise

MANILA, Philippines – The number of people killed by Typhoon Ompong (Mangkhut) rose to 88 on Thursday, September 20, with fatalities from the Cordillera Administrative Region (CAR) climbing as the search for landslide survivors continued.

Itogon police chief Senior Inspector Heherson Zambale said 54 deaths have been recorded in the town alone, while 47 people remain missing. The area suffered from a tragic landslide, which was allegedly exacerbated by small-scale mining. (READ: Itogon mayor hopes for ‘miracle’ in search for missing)

The National Disaster Risk Reduction and Management Council also said over 1.4 million residents have been affected by the typhoon.

Search and rescue operations are still underway, while many residents look to rebuild their homes. – with reports from Rambo Talabong and Sofia Tomacruz/Rappler.com