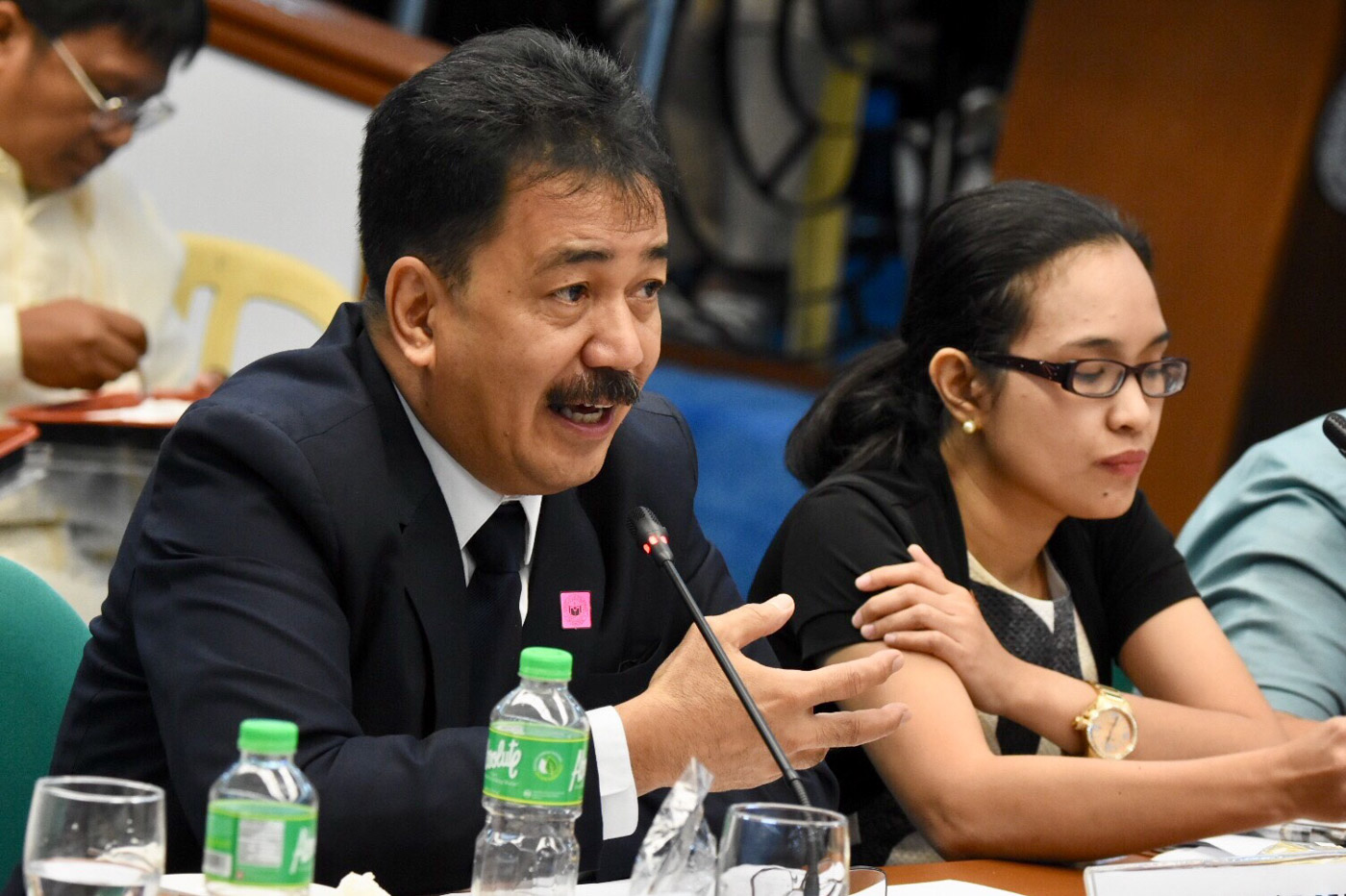 MANILA, Philippines – Commission on Higher Education (CHED) Officer-in-Charge Prospero de Vera III said it is up to state universities, not CHED, to implement a “return service” program under the free higher education law.

De Vera said state universities can do so “with or without” the provision in the Universal Access to Quality Tertiary Education Act.

“Universities can implement a return service. It’s part of the powers of all universities… If any university wants to develop a return service, nobody can stop them,” De Vera told Rappler on the sidelines of CHED’s budget briefing at the Senate on Thursday, September 20.

He was responding to a statement made by ACT Teachers Representative Antonio Tinio, who said he secured CHED’s commitment to delete the said provision in the law during budget plenaries at the House of Representatives on Thursday morning.

What’s the return service? Under the free higher education law, state and local universities and colleges (SUCs and LUCs) are tasked to come up with “return service” programs for students who benefit from free tuition and other fees as a way of “giving back” to the country for funding their education.

The law called for such recognizing two things:

In early 2018, De Vera said these programs were usually similar to outreaches or assisting various school offices such as the university library.

Activities may vary per schools as the CHED said they were given “maximum flexibility” to determine their “return service program.”

Why do away with a return service? Tinio argued the program “goes beyond the law” and stripped the true meaning of “free education” for students. He said tertiary education wouldn’t be truly free if students had to provide work in order to continue studying at state universities.

“The Free Higher Quality Education Act is a recognition that tertiary education is a right and should not require return service from students,” Tinio said.

Wait and see: Tinio likewise said he will wait for an official order that will “prohibit the return service as a requirement” following CHED’s assurance given during the agency’s budget plenary at the lower house.

But De Vera later clarified the proposal still needed to be reviewed. He said any order will have to wait as it is not only the CHED that will decide on the matter.

Despite Tinio’s claim, De Vera said the CHED is only “one voice” on the UniFAST board that will need to agree on the issue. UniFAST is the office tasked with implementing the free higher education law.

“What if I committed it but the UniFAST board overrules me?” he said. “We still have to discuss it in the en banc, then let’s see what will happen.” – Rappler.com