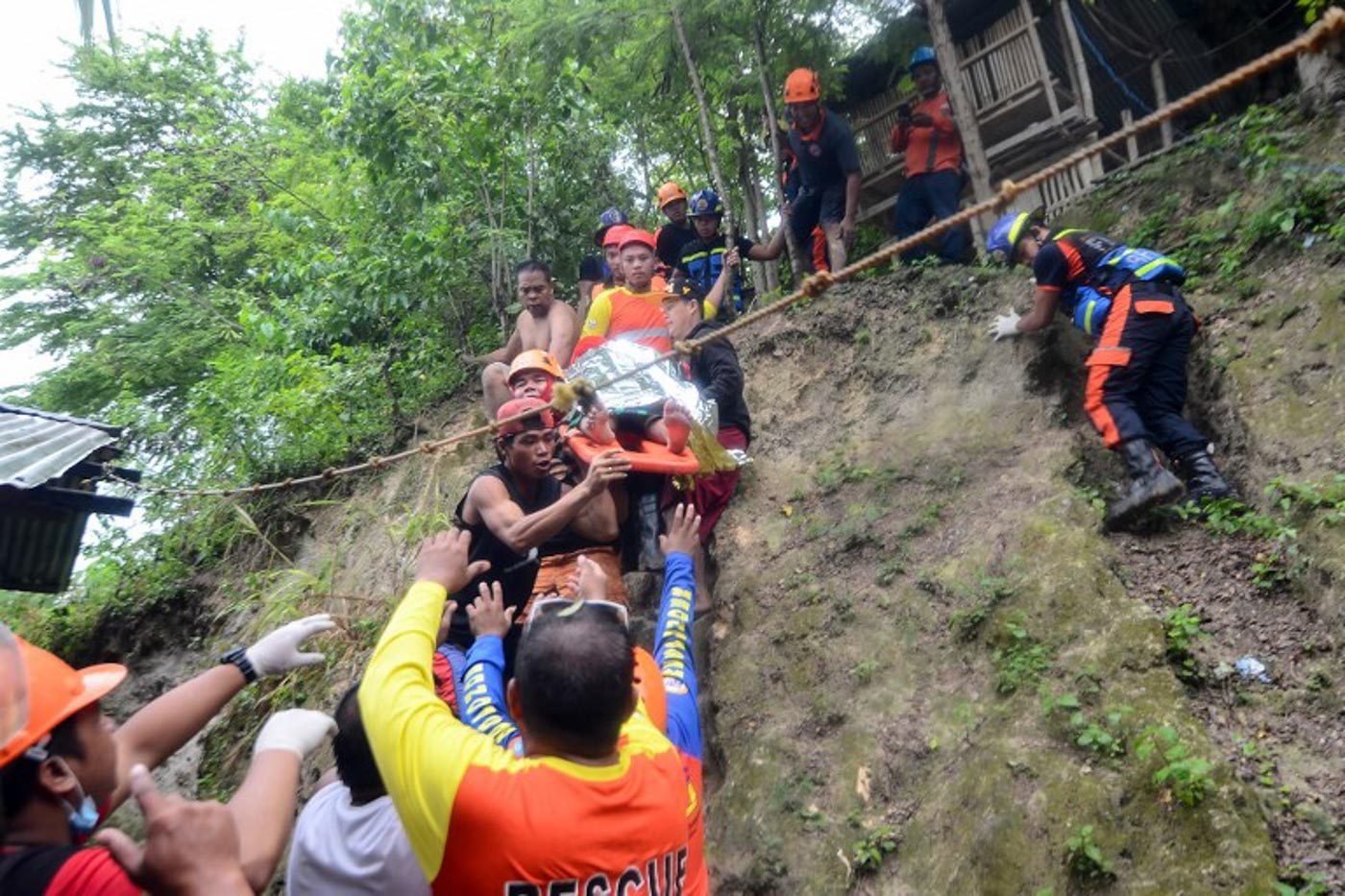 CEBU, Philippines (UPDATED) – Could the deaths from the landslide in Naga City, Cebu, have been averted?

A letter addressed to Naga City Mayor Kristine Chiong from the Mines and Geosciences Bureau Regional Office 7 (MGB-7) circulated shortly after the landslide that killed at least 29 and buried homes on Thursday, September 20.

The letter, dated August 29, said the cracks and fissures in limestones within Apo Land and Quarry Corporation (ALQC) in Sitio Tagaytay, Barangay Tinaan “do not pose an imminent danger to the neighboring community.”

Local officials explained the context of the letter during a press conference on Friday, September 21.

Prior to the August 29 letter, the city’s Disaster Risk Reduction and Management Council submitted an incident report, indicating cracks and fissures in portions of Sitio Tagaytay and Sitio Sindulan.

The incident report prompted Chiong to issue a cease and desist order. She said it was to “immediately stop their quarrying activities.”

Due to an absence of geologists in their local government unit, she asked MGB-7 to hold a joint inspection and technical assessment together with barangay officials of Tinaan and members of the ALQC. The investigation, which occurred on August 29, led to a technical report.

The report, titled “Geological Investigation/Assessment Re: Cracks/Fissures in Limestones within Apo Land and Quarry Corporation Tenement in Sitio Tagaytay, Barangay Tinaan, Naga City, Cebu,” found the fissures were a “natural phenomenon” unrelated to the mining operations.

Part of the letter addressed to the mayor reads, “The present nature, the number, and the distribution of cracks/fissures in the subject site are not considered critical and do not pose imminent danger to the neighboring community.”

MGB Regional Director Loreto Alburo then wrote to Chiong on September 4, saying that based on the technical report, it was the “considered decision” of the regional office to allow resumption of ALQC’s operations.

Chiong allowed operations to resume on September 5, albeit with the following conditions:

(To be fair to Apo CEMEX they complied with one of the conditions, they reported an increase in cracks.)

ALQC reported a notable increase in the crack on the facility’s Main Tower-North. What was previously a 3 mm crack on August 31 became a 35 mm crack on September 11.

Chiong then wrote to DENR Central Visayas Regional Director Gilbert Gonzalez, asking for the MGB to further evaluate the site.

According to Chito Maniago, a representative of ALQC, the local government and people from ALQC went door-to-door on the evening of September 19 to discuss the evacuation and relocation plan.

Disaster struck the next day, however, prompting the mayor to ask the city council to place the area under a state of calamity.

Despite what happened, the mayor emphasized that now was “not the time to pinpoint [blame].” She added that the “technical assistance and expertise” is in the national government.

Cimatu also created a team from the MGB and the Environmental Management Bureau to investigate the Naga landslide, specifically “why [it] happened, how it happened, and what we should do.”

The team will also look into the accountability of 4 officials of the MGB regional office in Cebu, whom Cimatu had relieved, in relation to the landslide: Alburo, Chief Administrative and Finance Officer Jerry Mahusay, chief geologist Al Emil Berador, and supervising geologist Dennis Aleta.

In a statement sent to Rappler on Saturday, the ALQC said it intends to fully comply with the environment department’s cease and desist order.

“In accordance with the directive of the DENR, ALQC will temporarily cease its operations and exert efforts at helping normalize the situation in affected areas. The company will also cooperate with government investigation that may be conducted in relation to this incident,” the statement read.

The company is currently helping the local government in assisting families affected by the landslide. ALQC also said it will support plans to develop a permanent relocation site to “ensure safe homes for more families in Naga City.”

“In coordination with the Naga City government and the Mines and Geosciences Bureau, ALQC likewise committed to support the medium- and long-term plans of the city to address the present situation which include the creation of a slope stabilization plan that will be submitted to the MGB for proper implementation and execution,” it added. – Rappler.com