Instead of more jobs, DOLE sees layoffs under Trabaho bill

Sep 25, 2018 6:16 PM PHT
Ralf Rivas
Facebook Twitter Copy URL
Copied
The Department of Labor and Employment warns that the industry and services sector would take a hit should the Trabaho bill push through 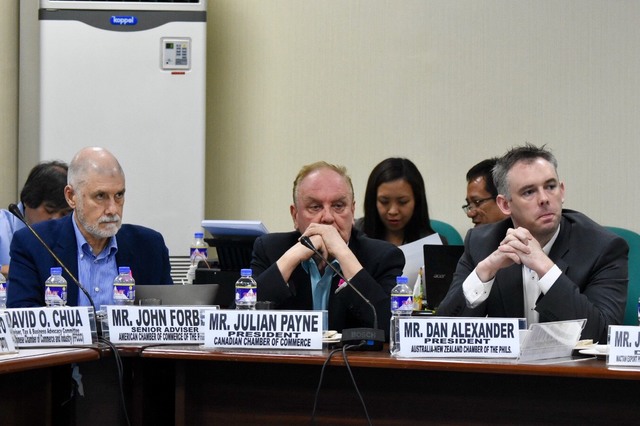 MANILA, Philippines – An official of the Department of Labor and Employment (DOLE) warned that the Tax Reform for Attracting Better and Higher Quality Opportunities (Trabaho) bill would result in job losses if it becomes a law.

During the first Senate hearing on the measure, DOLE Director Dominique Tutay said the agency expects job losses in the industry and services sector.

However, when senators asked for more details, Tutay said DOLE is still preparing the results of its study.

She asked for at most two weeks to present DOLE’s findings.

Senate ways and means committee chairman Sonny Angara requested that DOLE provide the details in the second hearing on the Trabaho bill. He pointed out that it “would be ironic” if the measure would lead to fewer jobs.

Finance Undersecretary Karl Chua said that while there may be job losses, other sectors would grow under the proposal. (READ: Job losses ‘very minimal’ under Trabaho bill – DOF)

The bill aims to lower corporate income tax (CIT) down to 20% and simplify how fiscal incentives are given to companies. (READ: EXPLAINER: Why the government is pushing for 2nd TRAIN package)

Chua said the lower CIT would allow businesses to expand.

Asian Institute of Management economist Victor Abola echoed Angara and asked for the Department of Finance (DOF) to elaborate on how it computed for the number of jobs that may be lost due to the Trabaho bill.

“The existing incentives should not be easily removed or replaced, this goes against the contracts that have been entered into. Investors do not want changes of the rules to the extreme,” Abola said.

Meanwhile, Luis Corral of the Associated Labor Unions-Trade Union Congress of the Philippines urged the DOF to include provisions in the bill to ensure that foreign investors would produce quality jobs.

“We urge there be direct linkage of decent quality jobs…. There must be a language in [the] Trabaho bill for fiscal incentives [that are at par with] international labor standards,” Corral said.

On the other hand, Julian Payne of the Canadian Chamber of Commerce said the reduction of CIT would “inspire foreign investment and produce more jobs.” (READ: Foreign chambers on Trabaho bill: ‘Leave PEZA alone’)

But he said the tax reforms should be carefully done and not rushed, as these only “happen once in a generation.”

John Forbes, senior adviser of the American Chamber of Commerce, said businesses want the incentives retained for the Philippines to remain competitive. – Rappler.com