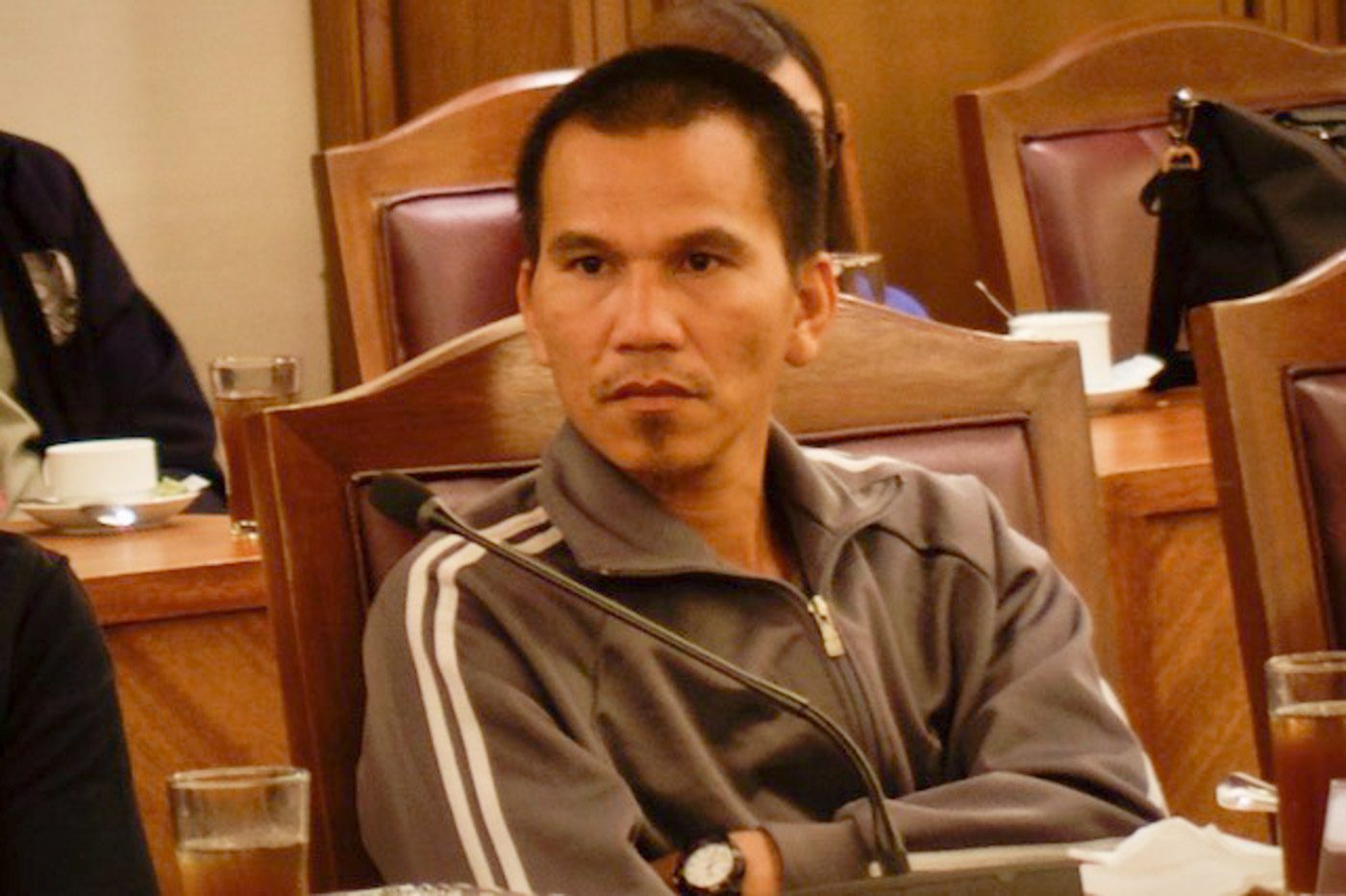 MANILA, Philippines – Joel Maritana, the alleged fall guy in the search for the missing P6.8-billion shabu (methamphetamine), said he received at least P2,000 to take the blame in looking for SMYD Trading as a consignee-for-hire.

SMYD would later be the consignee to receive the shipment containing 4 magnetic lifters, which were allegedly packed with one ton of shabu. (TIMELINE: The search for P6.8-B shabu ‘smuggled’ into PH)

“Inabutan po ako P2,000 (I was given P2,000),” Maritana said before the House committees on dangerous drugs and good government on Thursday, September 27.

Maritana, who earlier signed an affidavit saying that he himself looked for SMYD, retracted his statement, then pointing to Guban to be the actual scouter for SMYD. (READ: Patterns emerge in 2017, 2018 shabu probes)

It is unclear whether Maritana had any other involvement in the case as lawmakers proceeded to quiz Guban again.

Guban earlier admitted that he received at least P10,000 in looking for SMYD. He got the money, he said, from his longtime colleague ex-police Senior Superintendent Eduardo Acierto, who was just recently dismissed from the police service for issuing anomalous firearms permits.

The probe is ongoing as of posting time. – Rappler.com