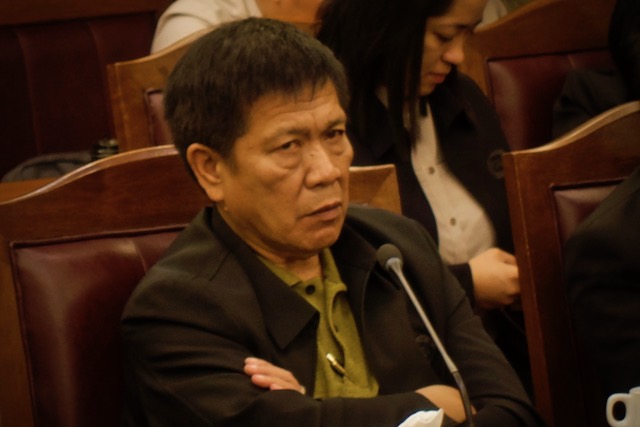 MANILA, Philippines – The Philippine Drug Enforcement Agency (PDEA)’s own top 2 official, Deputy Director General for Administration Ismael Fajardo has been sacked for his suspected involvement in the alleged smuggling of P6.8-billion worth of shabu (methamphetamine) into the country.

This was announced in the House of Representatives committees on dangerous drugs and good government probe on Thursday, September 27 as lawmakers began to see links between Fajardo and the resigned Customs intelligence officer Jimmy Guban.

Fajardo is the highest-ranking official so far sacked amid the shabu probe. (TIMELINE: The search for P6.8-B shabu ‘smuggled’ into PH)

Guban earlier in the hearing said that he and Fajardo have known each other for a long time—from being classmates at the Philippine College of Criminology to coordinating with each other in drug busts.

Guban has since then been implicated in the alleged smuggling of the suspected shabu shipment. He admitted that he received money from dismissed policeman Eduardo Acierto to look for the consignee-for-hire to receive the magnetic lifters shipment believed to be packed with one ton of shabu.

While a link between Guban and Fajardo has been established, it remains unclear whether they together engaged in illegal activities such as conspiring to make smuggling possible.

Before the controversy, Fajardo made a name for himself as the chief of the PDEA Metro Manila, regularly registering drug busts with low fatalities. – Rappler.com