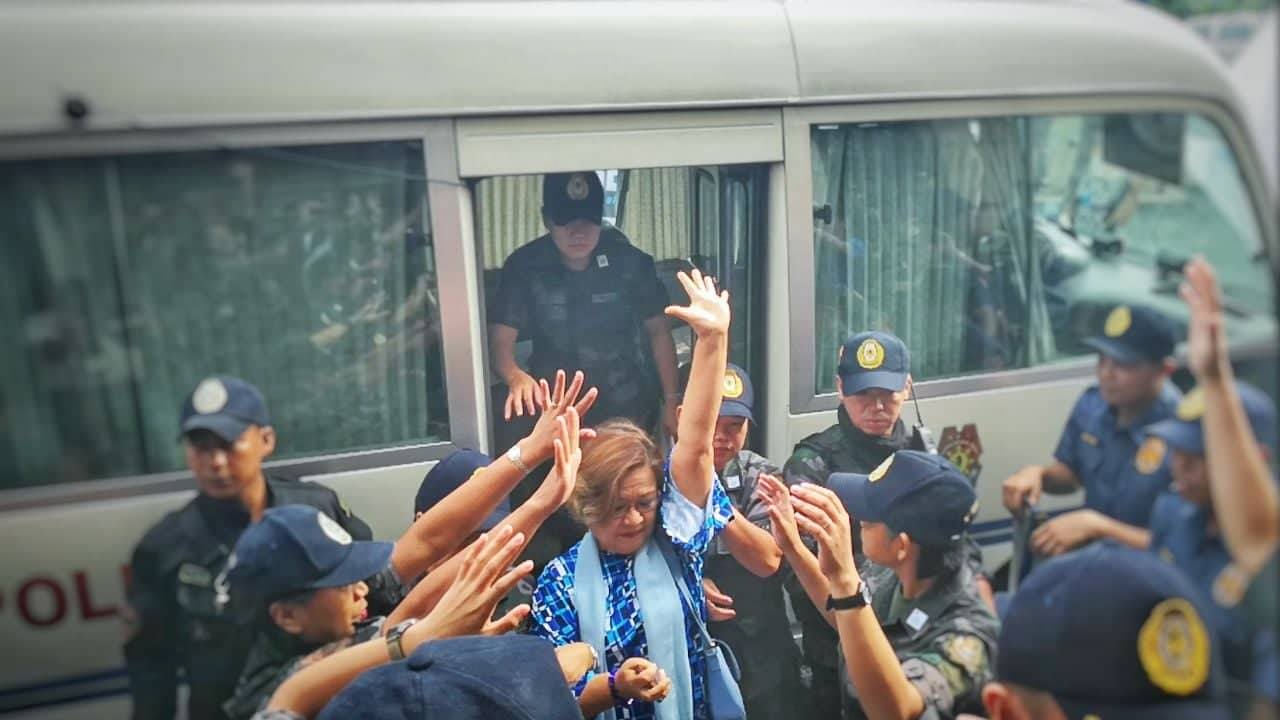 De Lima said she would continue to challenge the qualification of the convicts, as she accused Muntinlupa Regional Trial Court (RTC) Branch 206 Judge Lorna Navarro Domingo of issuing a premature court order.

“I was disappointed to find out that Judge Navarro Domingo hastily junked my said motion for allegedly being ‘devoid of merit’ without considering the period she herself had given for my legal team to file a Reply,” De Lima said on Thursday, September 27.

De Lima said Domingo previously pronounced that after the prosecution files its opposition to her motion, her camp can be given time to answer the opposition.

Domingo issued her court order after the prosecution submitted the opposition.

De Lima argued before the court that, under the witness protection program law, people convicted of crimes involving moral turpitude shall not be admitted as state witnesses.

The 13 inmates, who have been convicted for drugs, murder, homicide, kidnapping and robbery, admitted that they traded drugs inside Bilibid, but accused De Lima of masterminding it so the money could be used to fund her 2016 senatorial campaign.

Domingo signed an order on September 24 junking De Lima’s appeal. In that order, Domingo said it was the discretion of the Department of Justice (DOJ) to assess the witness protection program law when it turned the convicts into state witnesses.

“The Court adopts Rule 130 of the Revised Rules of Criminal Procedure Section 20 provides that all persons who can perceive, and perceiving can make known their perception to others, may be witnesses,” said Domingo. (READ: Inside Bilibid: Resurgence, resignation, ‘recanting’)

Domingo also scheduled for September 25 what would have been the first hearing inside Bilibid, where inmate Engelbert Durano was supposed to testify.

“As I’ve said before, these witnesses are not credible. Since they are already convicted of another crime, whatever they say in relation to the drug charge will not have a great effect on them. In short, they have nothing to lose but have something to gain,” De Lima added.

While the senator is on trial at the Muntinlupa RTC for 3 counts of conspiracy to commit illegal drug trade, the National Bureau of Investigation has started a new drugs probe involving De Lima. – Rappler.com