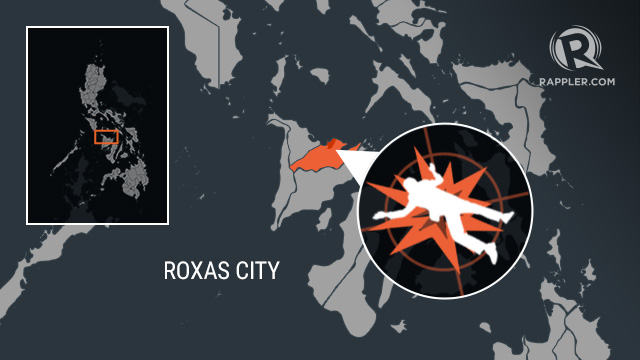 MANILA, Philippines – The lawyer of Melvin Odicta, the alleged top Iloilo drug lord who was slain two years ago, was himself gunned down on Friday, September 28, in Barangay Culasi in Roxas City, Capiz.

According to the police report, Edel Julio Romero was killed at around 12:40 pm while he was having lunch with his common-law wife Iris Tan, just before boarding a roro boat back to Manila, where he was based.

A still-unidentified gunman shot him at the back of his head and escaped through a black Nissan SUV without a plate number toward an unkown direction. Police said the gunman had two back-ups standing nearby for the ambush.

Romero was brought to the Roxas Memorial Provincial hospital for treatment by quick responders, but he was declared dead at around 1:15 pm.

Police have yet to identify the motive behind the killing.

Romero was the lawyer for alleged drug lord Melvin Odicta until Odicta was killed with his wife Merriam in August 2016.

Romero is not the first lawyer of an alleged drug lord to be gunned down under the presidency of Rodrigo Duterte. In February 2018, the lawyer of suspected drug lord Kerwin Espinosa, Jonah John Ungab, was killed in an ambush in Cebu City. – Rappler.com