Bertiz apologizes, likens behavior at NAIA to getting ‘monthly period’ 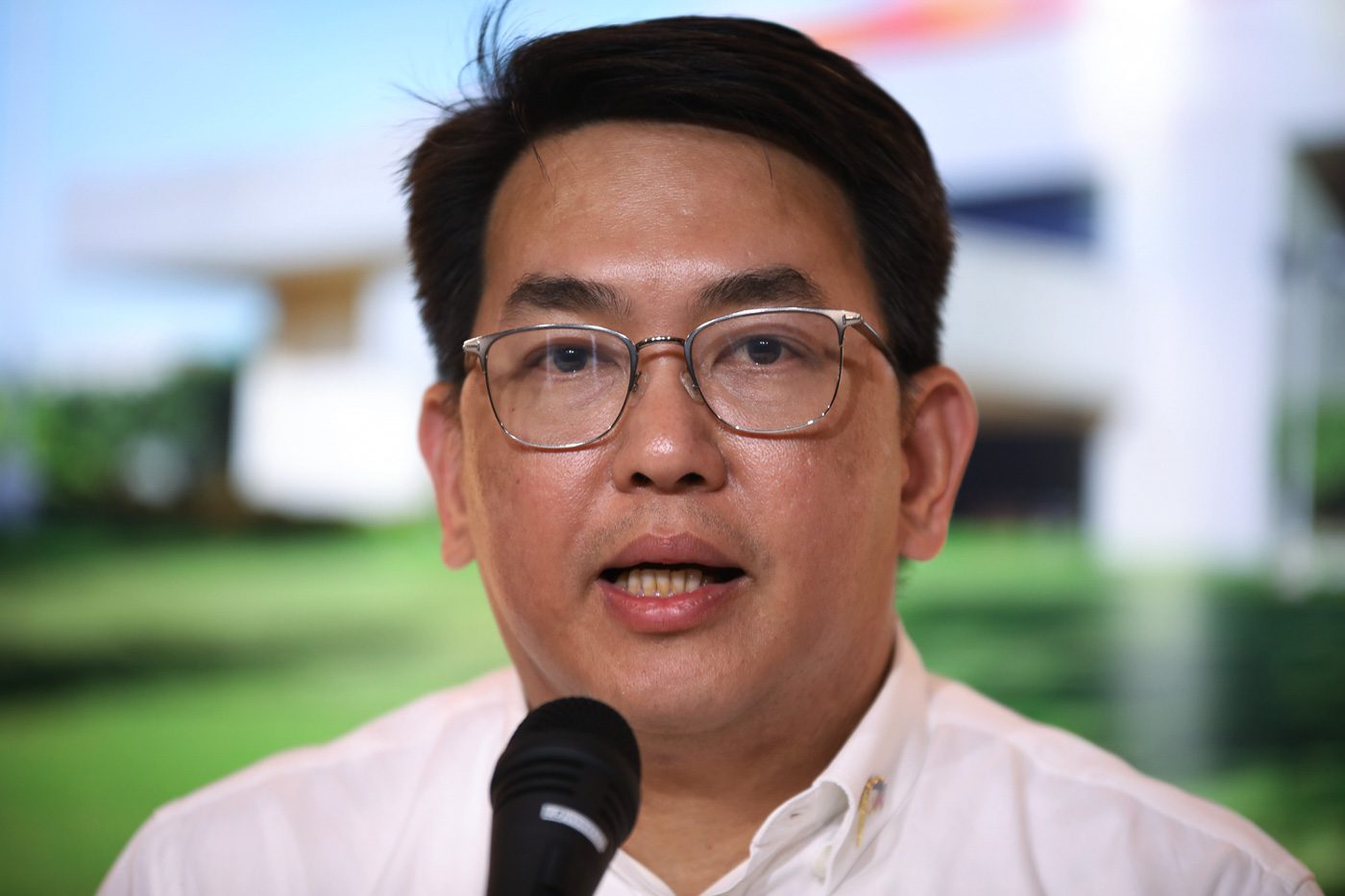 MANILA, Philippines – ACTS-OFW Representative John Bertiz apologized for confronting a security checker at the Ninoy Aquino International Airport (NAIA), a video of which went viral over the weekend.

In a press conference on Monday, October 1, the lawmaker even likened his behavior to a woman going through pre-menstrual syndrome. (READ: Lawmaker John Bertiz under fire over NAIA ‘shoes’ video)

(For the past 3 years that I’ve been a member of Congress, once a year I get something like a monthly period…. I’m only human, someone who’s weak and sometimes gets hotheaded. I also get stressed because of work.)

“I would just like to express my sincerest and deepest apology to the public doon sa nakapanood po ng (to those who were able to watch the) video. I’m sorry. I shouldn’t have acted that way. It’s very uncalled for, for a public official to act that way,” he added.

On Saturday, September 29, CCTV footage caught Bertiz confronting a NAIA staff member, who appears to tell him to remove his shoes at a security checkpoint. Bertiz was then seen flashing his own ID to the security checker’s face before grabbing the latter’s ID off his jacket.

Were there really Chinese passengers? In a separate press conference on Monday, Manila International Airport Authority (MIAA) General Ed Monreal said they did not see the supposed Chinese passengers on camera.

“Na-review ko po ‘yung CCTV (I reviewed the CCTV)…20 minutes prior to the incident. Wala po kaming nakita (We did not see any Chinese-looking passengers),” he said.

Still, the MIAA chief said they will continue their investigation into the matter.

He also said the ID that Bertiz showed, issued by MIAA, is given as a matter of courtesy to government officials but does not exempt them from the security screening. (READ: Malacañang on Bertiz airport incident: Officials must follow Duterte example)

(It’s not a privilege that would let an official circumvent or not submit to security protocols, especially if he or she is a passenger.)

More apologies from Bertiz: The lawmaker also apologized for another viral video, where he cracked an “inappropriate” joke that the new batch of agricultural and biosystems engineers would not get their respective licenses from the Professional Regulation Commission if they will not say they know Special Assistant to the President Bong Go.

(During that time, we were so very passionate about the things we were fighting for. We had a disagreement that escalated into a shouting match. Yes, it was my temper, but definitely that was part of the discussion…. Ka Eman and I are okay now.)

How has the situation affected the Bertiz family? The lawmaker said he has been receiving several threats since the videos went viral.

He said anonymous senders have been telling him things like: “You don’t have the right to live,” “You don’t represent us,” and “You will go to hell.”

He then apologized to his wife and children, whom he said had to delete their respective social media accounts because they were receiving threats as well.

(I realized it’s hard to go viral. I now feel what other people who have gone viral feel, that they cannot sleep at night.)

Bertiz’s own allies at the House minority bloc are already eyeing filing an ethics complaint against him. – Rappler.com