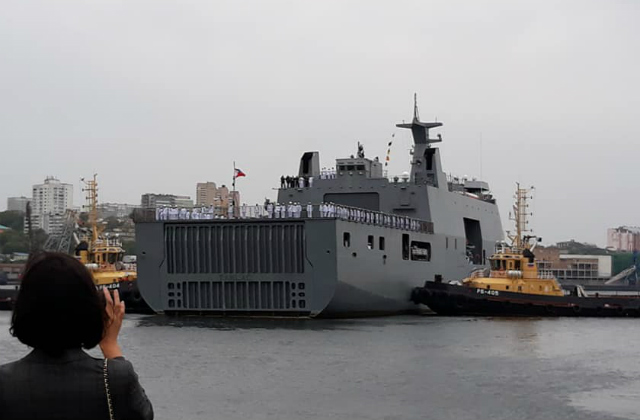 “We are very much excited about this historic event since this is the first time that a Philippine Navy commissioned vessel is able to visit Vladivostok,” Zata said.

He added that this was possible due to Duterte’s efforts to modernize the Philippine Navy, as well as the support of other stakeholders.

Duterte has vowed to pivot to Russia and China because he detests the United States’ supposed meddling in his bloody anti-drug campaign.

Recently, however, an American official warned the Philippines against buying military equipment from Russia – a comment that angered Duterte again.

Duterte’s renewed anger at the US did not stop Philippine defense officials, on the ground, from engaging with their American counterparts. On September 18, Philippine Defense Secretary Delfin Lorenzana, a former defense attaché to the US, met with US Defense Secretary James Mattis to discuss the fight against the terrorist Islamic State and other issues. – Rappler.com