Oct 4, 2018 5:21 PM PHT
Facebook Twitter Copy URL
Copied
(UPDATED) The Commission on Human Rights says the 'blanket act of red-tagging' of the youth may give the military license to infringe on freedoms and rights but Malacañang thinks otherwise 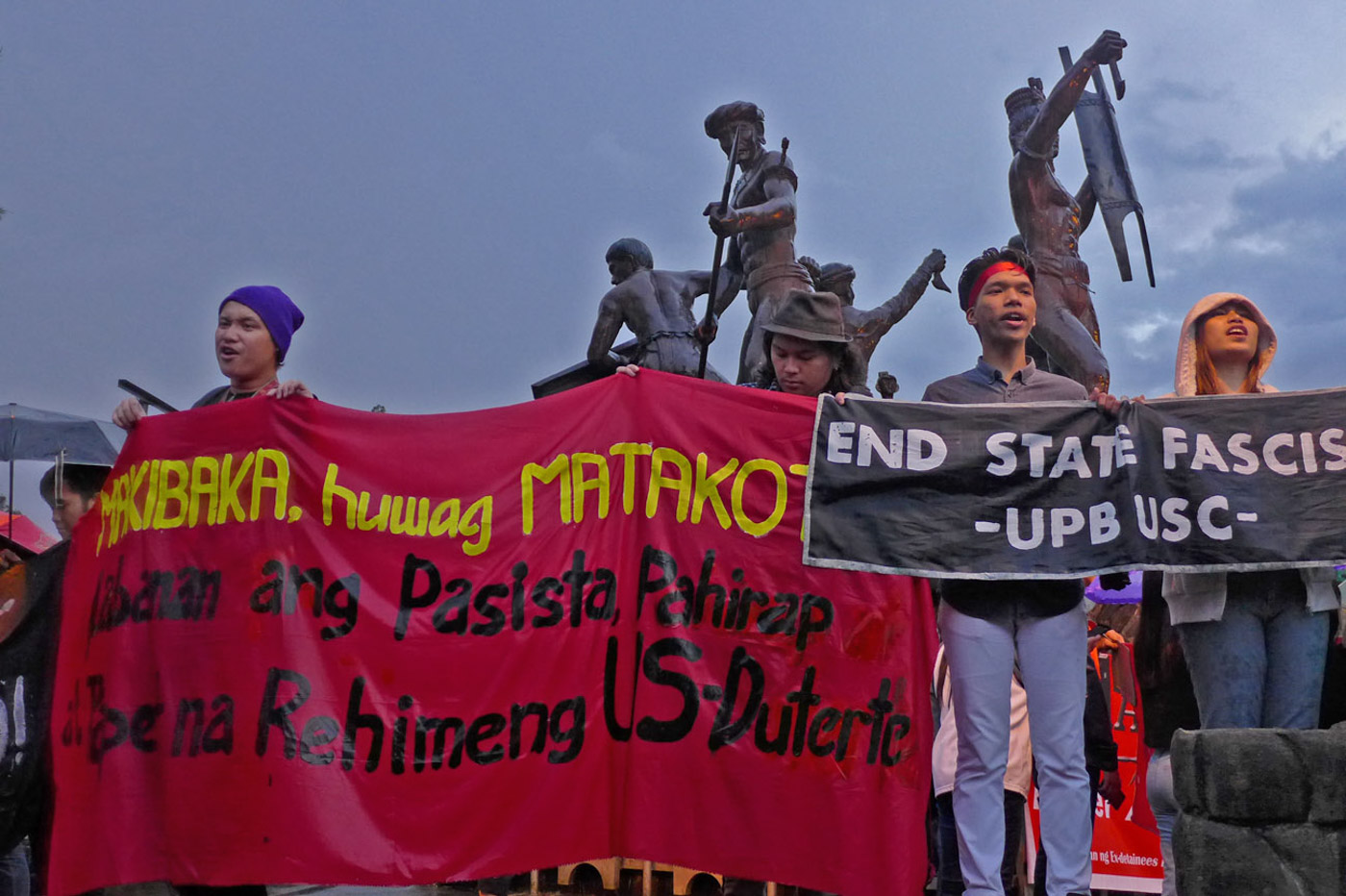 MANILA, Philippines (UPDATED) – The Commission on Human Rights (CHR) on Thursday, October 4, called out the Armed Forces of the Philippines (AFP) for claiming that communist rebels are tapping students in 10 universities for its alleged ouster plot against President Rodrigo Duterte.

“This blanket act of red-tagging endangers students and the youth and it may give the AFP license to arbitrarily infringe the freedom of expression, the right to petition government, as well as assembly,” CHR Spokesperson Jacqueline de Guia said in a statement.

Military chief General Carlito Galvez Jr on Tuesday, October 2, said that the Communist Party of the Philippines (CPP) had organized students in Metro Manila universities to be part of the alleged Red October plot.

The movement, he added, was using the “First Quarter Storm model” in “heightening of the agitation.” Galvez had referred to an “information drive wherein they will show to the old high school and even college students different approaches during the Marcos regime and equate that to the present administration.”

Several schools and students slammed the AFP claim, prompting it to clarify that the list was not fully verified. The CHR cautioned the AFP to “be more prudent in matters such as this.”

“It bears stressing that film showings of Martial Law should not in any way be deemed as subversive, especially because it is a part of our nation’s history and an established fact, the teaching of which is required by various laws and therefore, not illegal,” De Guia said.

Malacañang has repeatedly brushed aside threats against the Duterte administration, and reiterated on Thursday that the Communist Party of the Phiippines did not wield any power.

Malacañang: No cause for alarm

Malacañang said on Thursday that the military list should not worry students and school officials, despite its implications.

Presidential Spokesman Harry Roque denied the release of the list would suppress freedom of expression and other liberties enjoyed by students.

He claimed that Duterte had a high tolerance for criticism, and would never crack down on those wishing to exercise their freedom to speak out their mind.

“Everyone should learn by way of example from the President who has not only practiced ultimate tolerance on freedom of expression but has also practiced maximum tolerance on peaceful assemblies for redress of grievances,” said Roque.

He also claimed that under the Duterte administration, no student had been arrested.

“Dalawang taon na ang Presidente, wala naman pong pinapaarestong kahit sinong estudyante pa ‘no (The President has bee in office for two years and there had been no order to arrest any student),” said Roque.

A 20-year-old youth, however, was arrested for interrupting Duterte’s Independence Day speech in June. Duterte’s anti-tambay (loiterers) drive had also led to the detention of many youths.

“Ang Presidente nga napakataas ng tolerance sa (The President has a very high tolerance for) freedom of expression. The one thing we have to give credit to the President – he’s not bothered,” added Roque.

But while Duterte has defended the freedom to speak of appointees like resigned assistant secretary Mocha Uson and has allowed the staging of rallies, he had also consistently attacked critics.

Duterte’s claims about Senator Leila de Lima, a fierce critic, eventually landed her in jail. Another critic, Senator Antonio Trillanes IV, may face detention because of a presidential order.