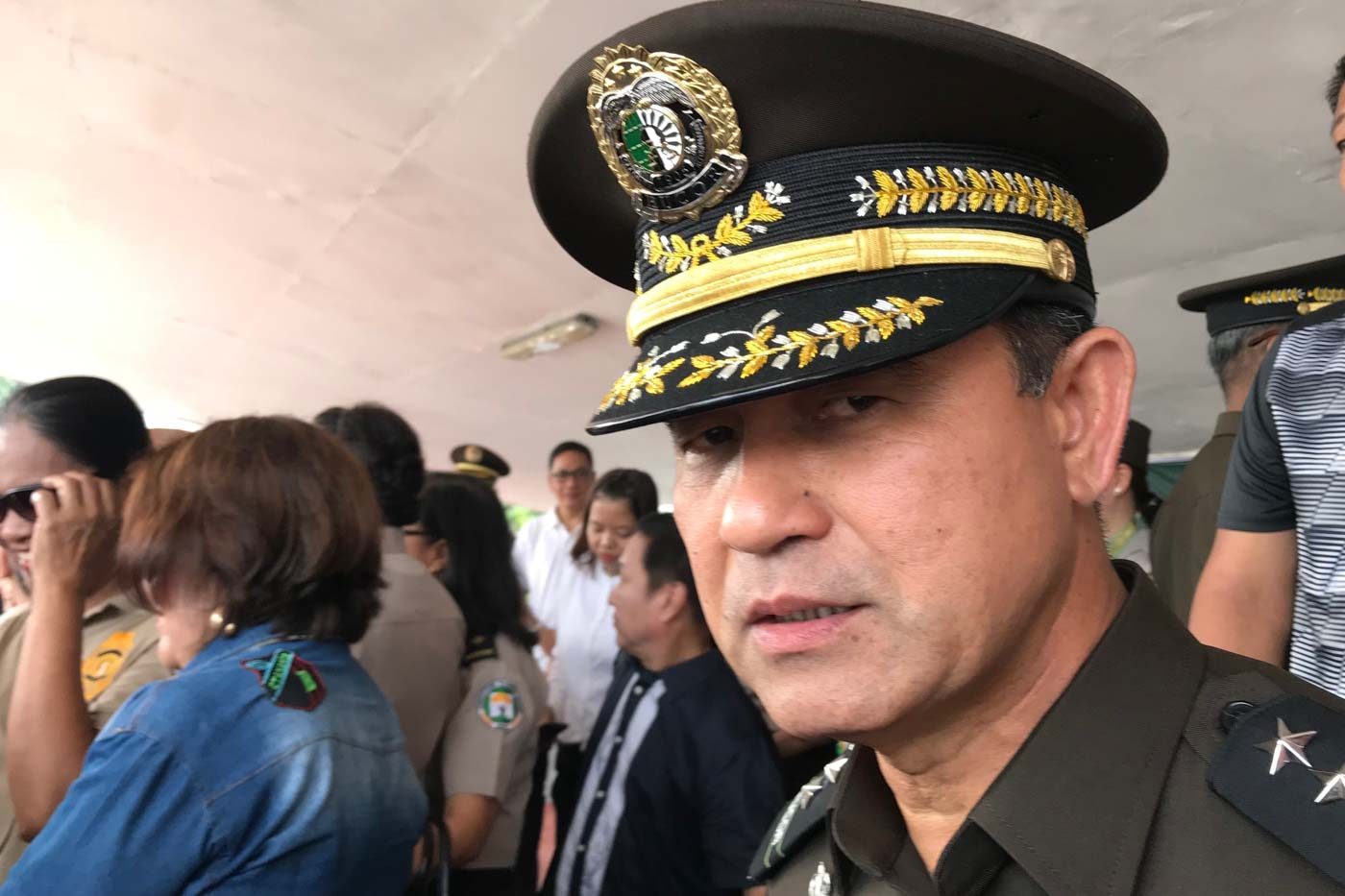 MANILA, Philippines – With his Senate run all but guaranteed, Ronald dela Rosa has already taken his pick to succeed him as the chief of the Bureau of Corrections (BuCor)—their current number 3 official Melvin Ramon Buenafe.

“Well, I already recommended that the person replacing me is General Buenafe, our deputy director general for operations,” Dela Rosa announced in an ambush interview with reporters on Thursday, October 4.

Once Dela Rosa submits his certificate of candidacy for the 2019 elections, he will effectively resign from the BuCor. Filing of the certificates begin on Thursday, October 11 and will last up until Wednesday, October 17.

Senate run finalized: Dela Rosa’s Senate run is no longer a question of if, but when—which is also the question he admitted he still grapples with.

He said that he wanted to enjoy one last flag-raising ceremony before leaving his post to campaign under the ruling party PDP-Laban, and the rising regional party Hugpong ng Pagbabago.

“I want to attend the flag-raising on Monday because I want to say goodbye to them (BuCor personnel). It’s like a turnover,” Dela Rosa said in a mix of English and Filipino.

Who is Buenafe? Deputy Director General Buenafe is a classmate of Dela Rosa from the Philippine Military Academy Sinagtala Class of 1986, the current ruling class of the Philippine National Police (PNP).

Before bowing out of the police service, Buenafe served as the top cop of the Bicol Region. Prior to the commander post, he led the police Highway Patrol Group. He is a native of Naga City.

“Malaking sapatos ang pupunuin natin (We have big shoes to fill),” said Buenafe when asked for his reaction.

It remains unclear whether President Rodrigo Duterte would heed Dela Rosa’s recommendation, but the last time Dela Rosa named his pick, his bet, Oscar Albayalde, became the chief of the PNP. – Rappler.com